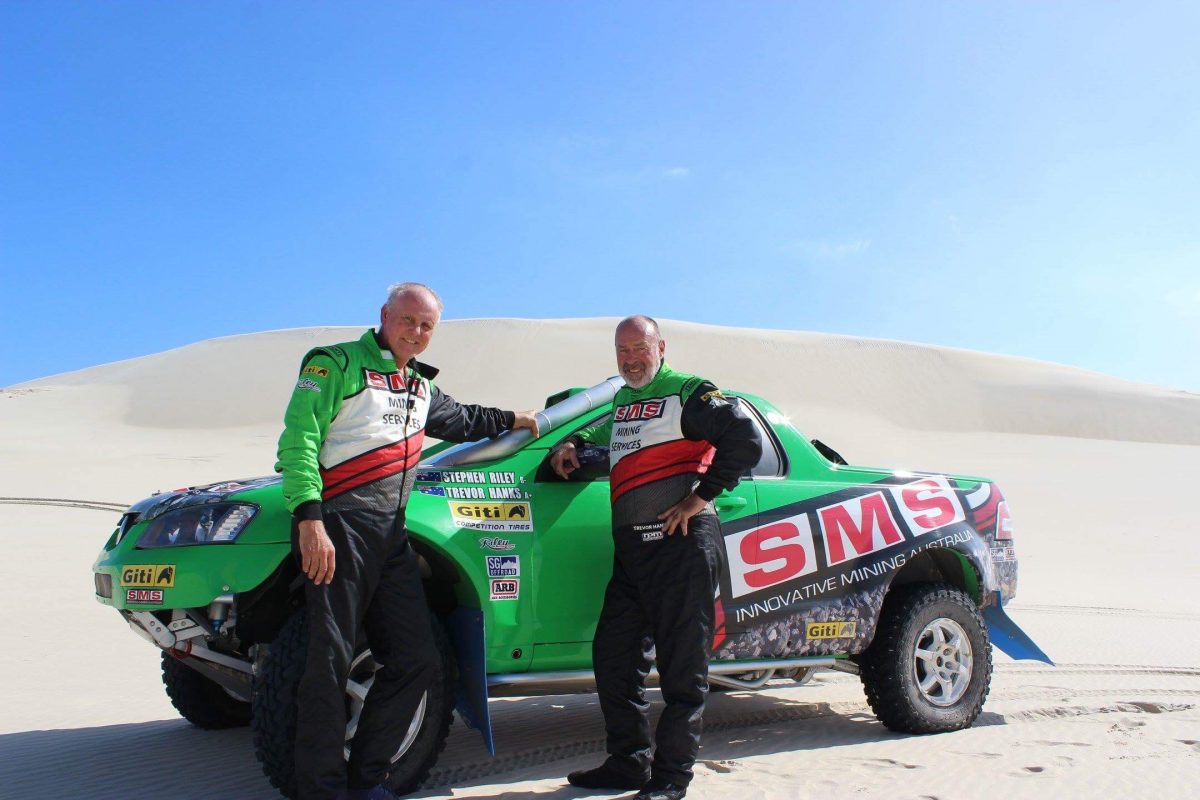 Steve Riley and Trev Hanks with the Dakar Commodore ute

An Australian team competing in the 2019 Dakar Rally in a Commodore ute has today headed off for Peru, the host of the upcoming edition.

Former offroad motorcycle racer Steve Riley will drive the specially modified Holden with co-driver Trev Hanks alongside him for the 5,600km journey.

Riley, a three-time winner of the Australasian Safari in the Auto class, built up the Commodore in his dairy farm workshop in Gippsland, Victoria and has twice finished Dakar as a co-driver, in 2011 and 2013.

The 56-year-old said that he was inspired by the ambition of the late Peter Brock, against whom he competed in the Safari, to take part in the event, as well as the pride in taking a Holden to the famous rally raid for the first time.

“I’d done the Dakar twice with other guys. It was their project, their show,” Riley told Dakar’s official website.

“I wanted to come back with my own team, my car, my show… So we’ll be there with a car we built ourselves and it’ll be the first time an Australian Holden is at the start of the Dakar. The goal was to show a Holden Ute on the world stage.

“We’ve already competed with the car in lots of races but it’ll be the first time we go overseas. The goal is finishing. It’s always about finishing.

“Reliability and speed shouldn’t be an issue. We just have to deal with power with the restrictor that was added to the car.

“Seeing a Holden at the finish would mean so much and a way to fulfil Peter Brock’s dream.”

With over 70 percent of the route taking place in Peruvian dunes, Riley and Hanks have tested the Commodore in what is believed to be similar terrain on the Great Australian Bight in Western Australia.

The entry has been assigned #409 for the event.

Competitive running in the 2019 Dakar Rally starts with the 331km trip from Lima to Pisco, of which 84km is special stage miles, on January 7. 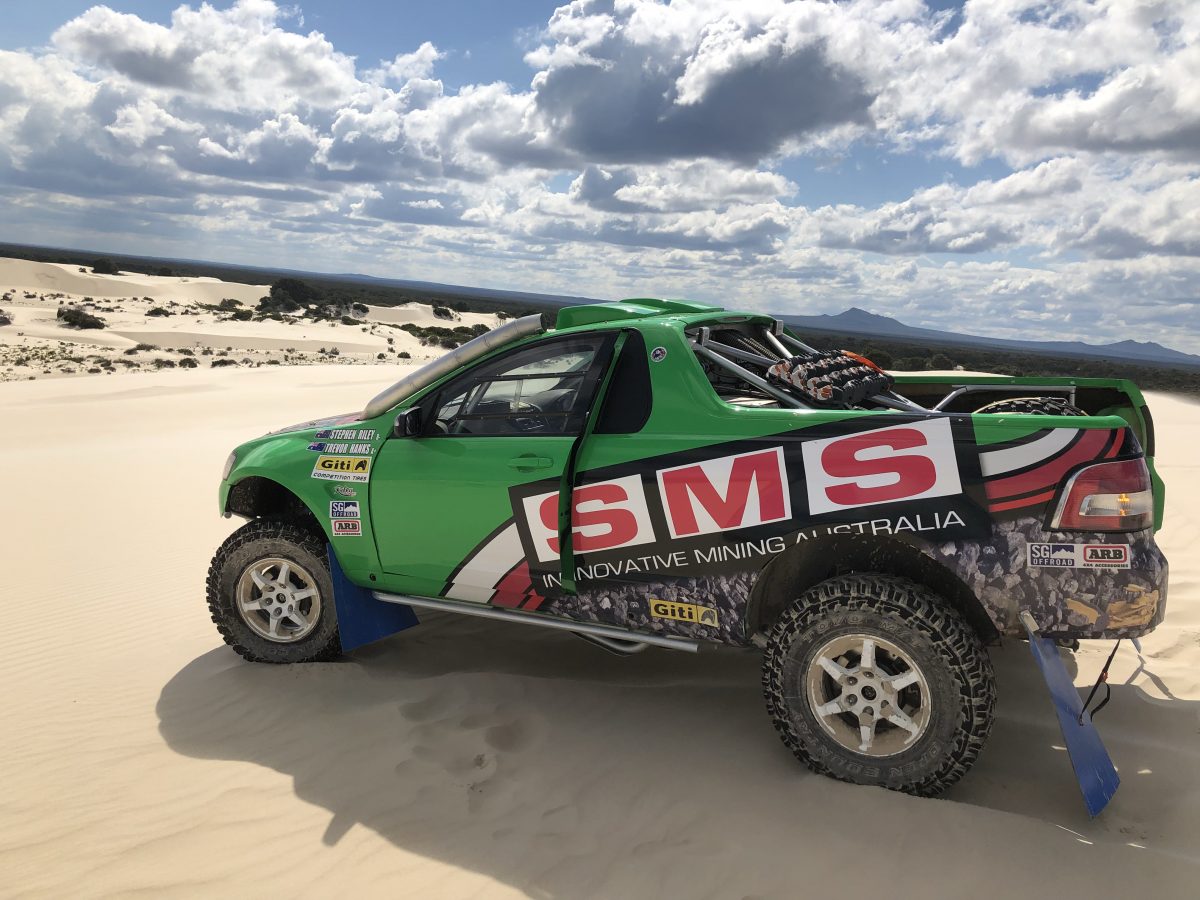 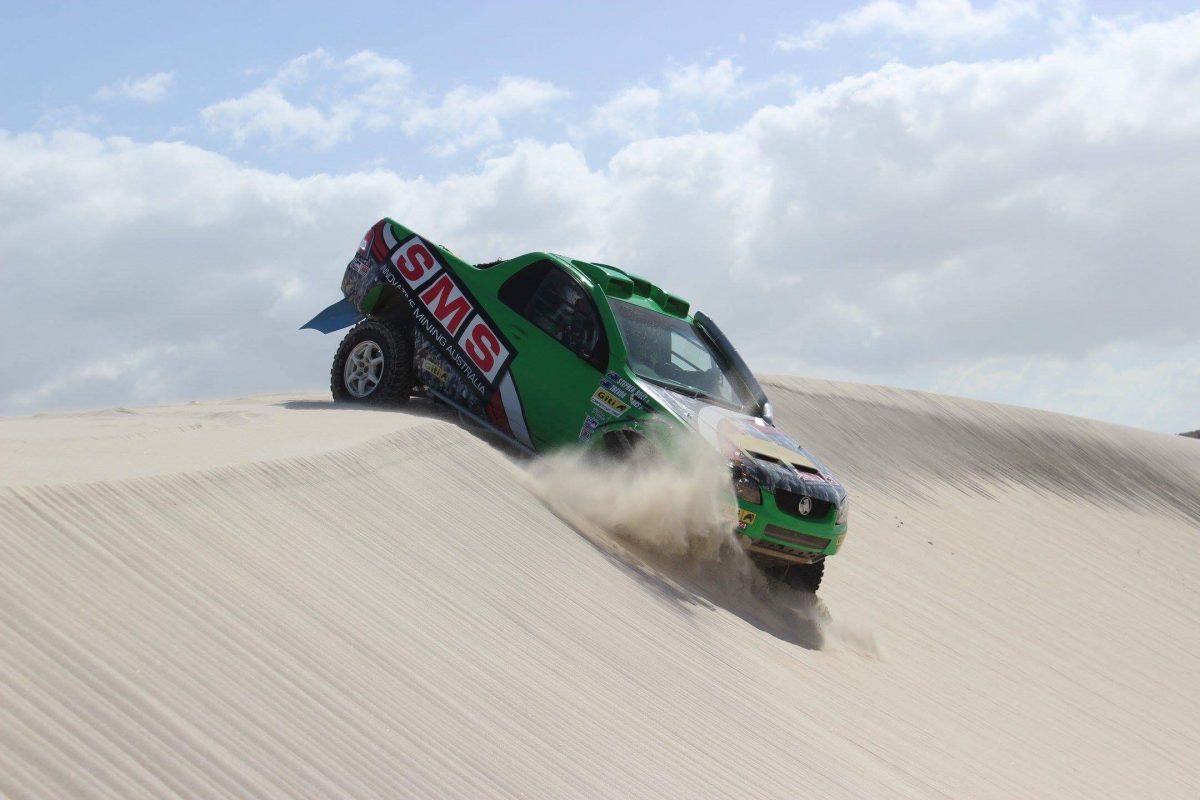