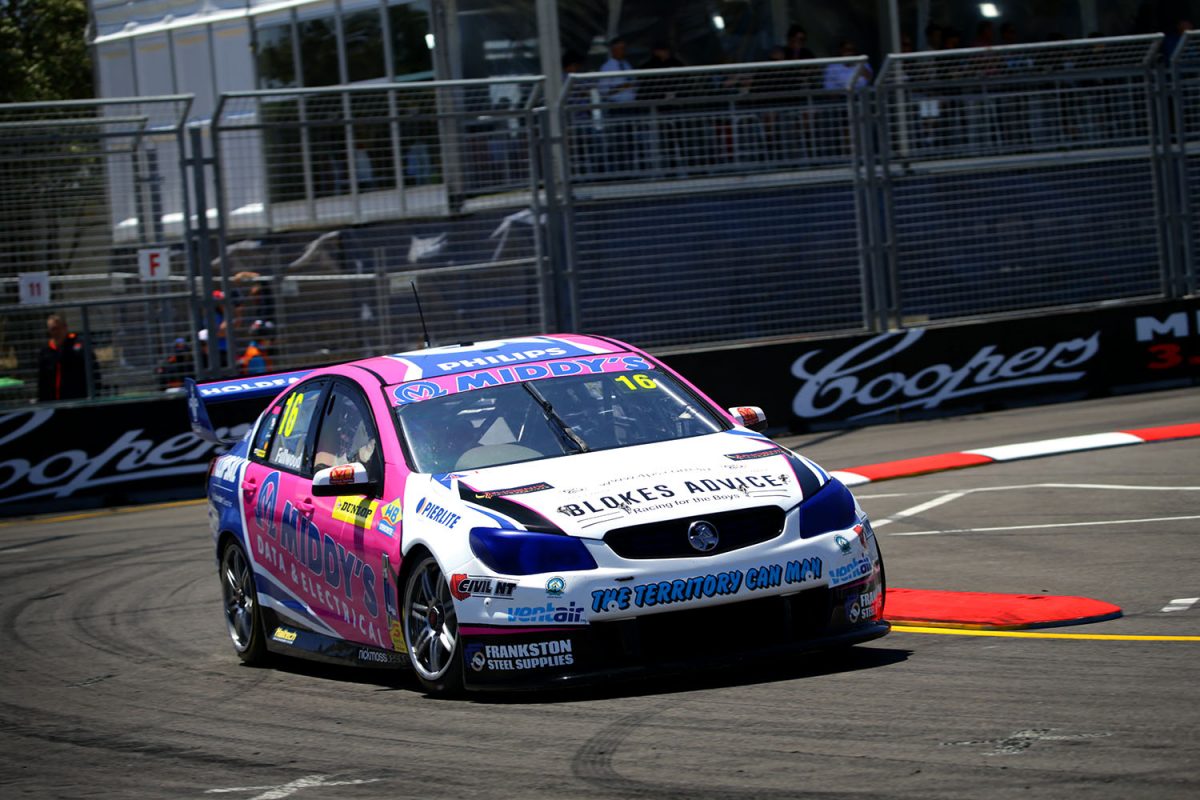 Bryce Fullwood has explained how consistency and luck deserted him in the 2018 Super2 Series, including going through three engineers.

Fullwood had become a regular at the sharp end of the field by the end of 2017 but finished 2018 in 17th in the standings despite a switch to the team which won last year’s Dunlop Super2 Series, Matt Stone Racing.

The 20-year-old started 2018 in an ex-DJR Team Penske FGX Falcon but his and the team’s struggles with the Ford hardware prompted a switch to last year’s title-winning VF Commodore in Townsville.

MSR subsequently did the same for Todd Hazelwood and sent the victorious VF up to the Virgin Australia Supercars Championship, with Fullwood taking over a subtly different VF previously raced in Super2 by Adam Marjoram.

Hazelwood’s battles in MSR’s first Championship campaign also led to an upheaval in personnel which had a knock-on effect through a Super2 program already hit by the loss of an engineer before Round 1.

“The main thing that was missing for us was consistency,” Fullwood told Speedcafe.com.

“(Of) The people I started the year with, the only person the same in the whole team was the tyre guy, and you just can’t make that work.

“It’s been tough and obviously Matt Stone went to main game this year so all of the people out of the Super2 championship-winning team basically went to main game so that left a very green team remaining there to run Super2.

“It was just one of those years that wasn’t meant to work out this way.

“It certainly wasn’t what we had planned the year but we just had to do the best with what I had and go from there basically.”

He finished the season with a second on the Sunday at Sandown, a fifth and a third in Newcastle, and impressive pace in the intervening non-points round at Bathurst even if a solid result went begging.

Despite the slump from the end of 2017 to 2018, Fullwood rejected suggestions that the latter was a season wasted. 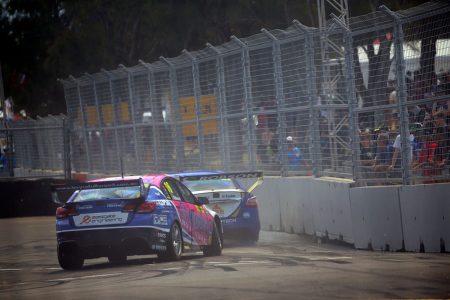 Fullwood was caught up in other drivers’ incidents in Newcastle

“It certainly wasn’t wasted. Whilst it didn’t go the way we wanted it to, I think there’s always something to be learned,” he said.

“It’s definitely made me only more driven to perform next year.

“I certainly feel a little hard done by in that something just didn’t work for me this year. I don’t know if I ran over a black cat or what, I just didn’t get any luck.

“At Newcastle, we actually had a reasonably fast car and then I got baulked on my qualifying laps on Saturday when my car was good for fourth, which is the fastest it had been.

“Then there was a crash involving (Thomas) Randle and (Dean) Fiore and I was right behind them and had to go down the escape road so I ended up coming back out last.

Fullwood, who has not yet announced his destination for 2019 but advised Speedcafe.com that he could remain at MSR, remains upbeat about his prospects.

“I think we definitely didn’t show our form this year.

“At the end of 2017 I was right up the front going fairly well, and this year we haven’t really had any luck or haven’t had much pace at all.

“I think I can do better than what we did this year, so the plan is to try and be on the grid again.”

MSR’s plans are also starting to take shape with the team taking delivery of an ex-Jamie Whincup ZB Commodore for Hazelwood to race in 2018, and confirmation that American Matt Powers will race with the squad in Super2 after winning a talent search.