With the 2018 motorsport season having drawn to a close we can look back on some of the races that had us on the edge of our seats.

From triumph and tribulations at Bathurst to four-way championship scraps and incredible races nobody seemed to want to win, there have been a host of phenomenal races throughout the year that caught our eye.

We’ve picked out a selection of races that we think are among the very best from the Australian motorsport scene and want to know which you think was the best race of 2018, in this week’s PIRTEK POLL. 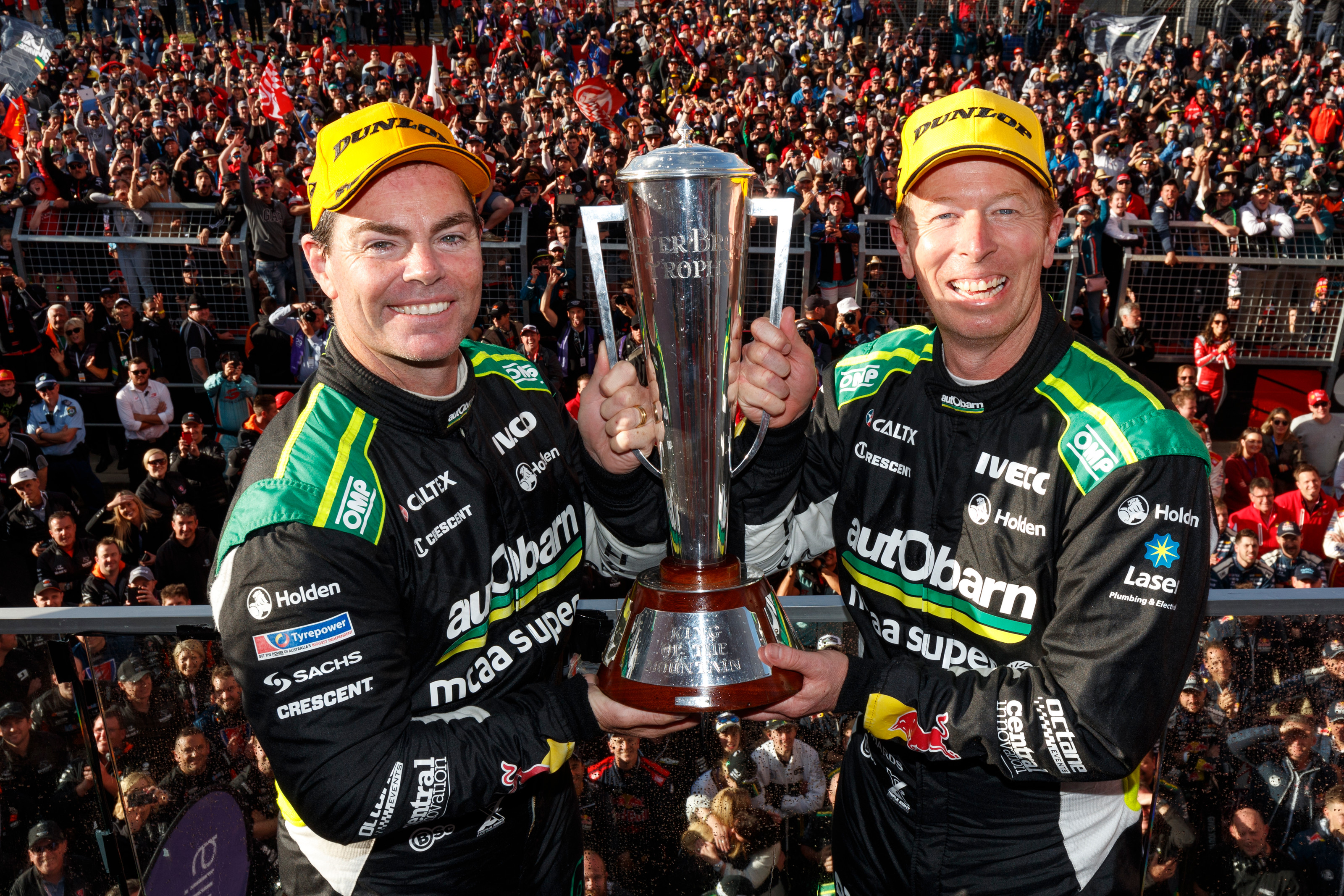 It was the race which delivered a fairytale finale, with the sentimental favourites emerging only in the dying stages of the race to stamp their authority on the event.

For Craig Lowndes and Steven Richards it was an event to savour; another Bathurst crown and, for Lowndes, the last as a full-time driver.

But just a few garages away there was heartbreak as David Reynolds metaphorically hit the wall while leading the race.

Exhausted from a busy week, the 2017 Bathurst 1000 winner’s body cried ‘enough’, cramping badly and forcing him into the pits to hand the car over to co-driver Luke Youlden.

It was a race they’d controlled, and looked set to be contenders at the finish and to give Erebus an incredible repeat performance at the toughest race of the year.

If it was a Hollywood movie, nobody would have believed it. Leading heading into the final lap but desperately low on fuel, Scott McLaughlin was being hunted down by a charging Shane van Gisbergen.

Both had pitted early, van Gisbergen twice under Safety Car, and both needed to save fuel to reach the flag, but as it turned out it was the Shell V-Power Ford in more trouble than the Red Bull HRT Holden.

Things built to a stunning climax with just two corners remaining, van Gisbergen sailing up the inside as they braked for the hairpin just as McLaughlin’s car coughed.

While the Falcon driver rolled across the line in second place, empty, he would be handed the win post-race after van Gisbergen copped a penalty for a pit stop infringement. A late Safety Car saw the Sydney SuperNight light up in the closing stages as Shane van Gisbergen, Jamie Whincup, Scott McLaughlin, and Craig Lowndes all battled for victory.

With both Red Bull Racing Holdens stopping with around 20 laps to run, the pair made a strategic gamble that ended up paying dividends.

Staying out, McLaughlin was in charge of the race from Lowndes, but he soon gave up that spot to the charging van Gisbergen who quickly set about overhauling the DJR Team Penske driver ahead.

The subsequent battle was a highlight of the 2018 season, with van Gisbergen almost throwing it away when he found the dirt on Lap 65.

McLaughlin was powerless to hold out any longer and three laps later fell to second, ultimately dropped to third just three laps from the flag. 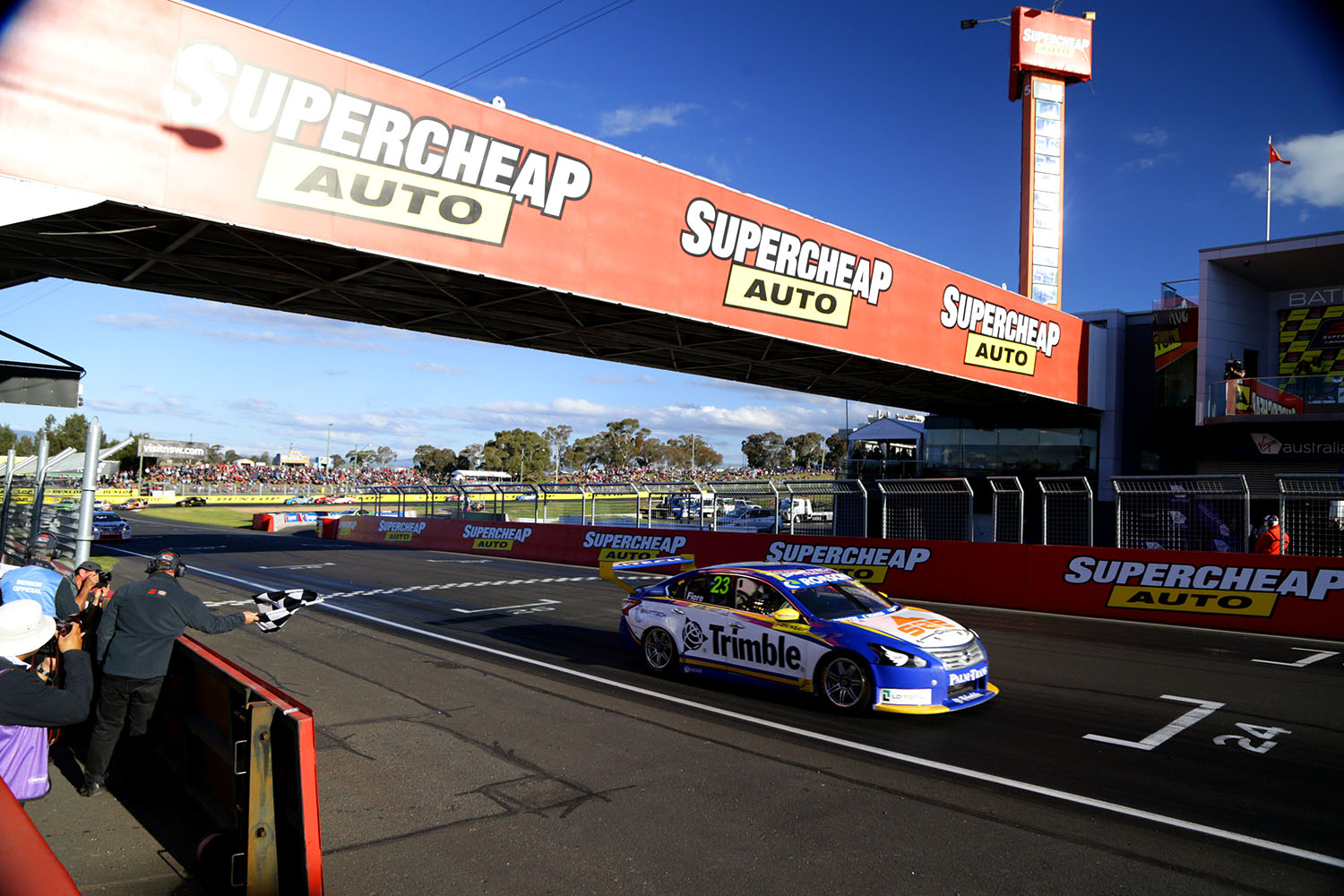 One of the most remarkable races of the year, the Dunlop Super2 Series Bathurst 250 was a rollercoaster affair which culminated in a final lap clash for the leaders.

It was a race that nobody seemed to want to win, with a host of the leading contenders and luminaries all striking trouble in a tumultuous race.

There had been dramas for Paul Dumbrell, Alex Rullo, Chris Pither, and two of the three Kosteckis when Jake tangled with Kurt, while early leader Brodie Kostecki also retired.

In the end Dean Fiore won the race after Macauley Jones and Garry Jacobson tangled at The Chase on the final lap to allow the Nissan to scamper through.

There was action aplenty in the 37-lap encounter that stands out as one of the most incredible races of 2018. Garth Tander won a four-way scrap for the lead in the closing laps of the Australian GT finale at Hampton Downs, a result which gave co-driver Geoff Emery his second AGT title.

An ailing John Martin led but the Porsche didn’t have enough for the chasing pack, and fell victim to Tander with three laps to run.

Tony D’Alberto was also in the mix, coming home in third to give he and Max Twigg the Australian Endurance Championship in an event that saw two titles decided.

Fourth to the line was Dan Gaunt and Tony Bates, the leading quartet running nose-to-tail for much of the closing stages.

It followed early drama for Fraser Ross when the championship leader was turned around by Peter Hackett, whose co-driver Dom Storey picked up a drive-through later in the race after nudging Martin long.

The sequence of events left Emery as champion after heading into the weekend as an outside chance.

Which race do you think was the best? Cast your vote in this week’s PIRTEK POLL.