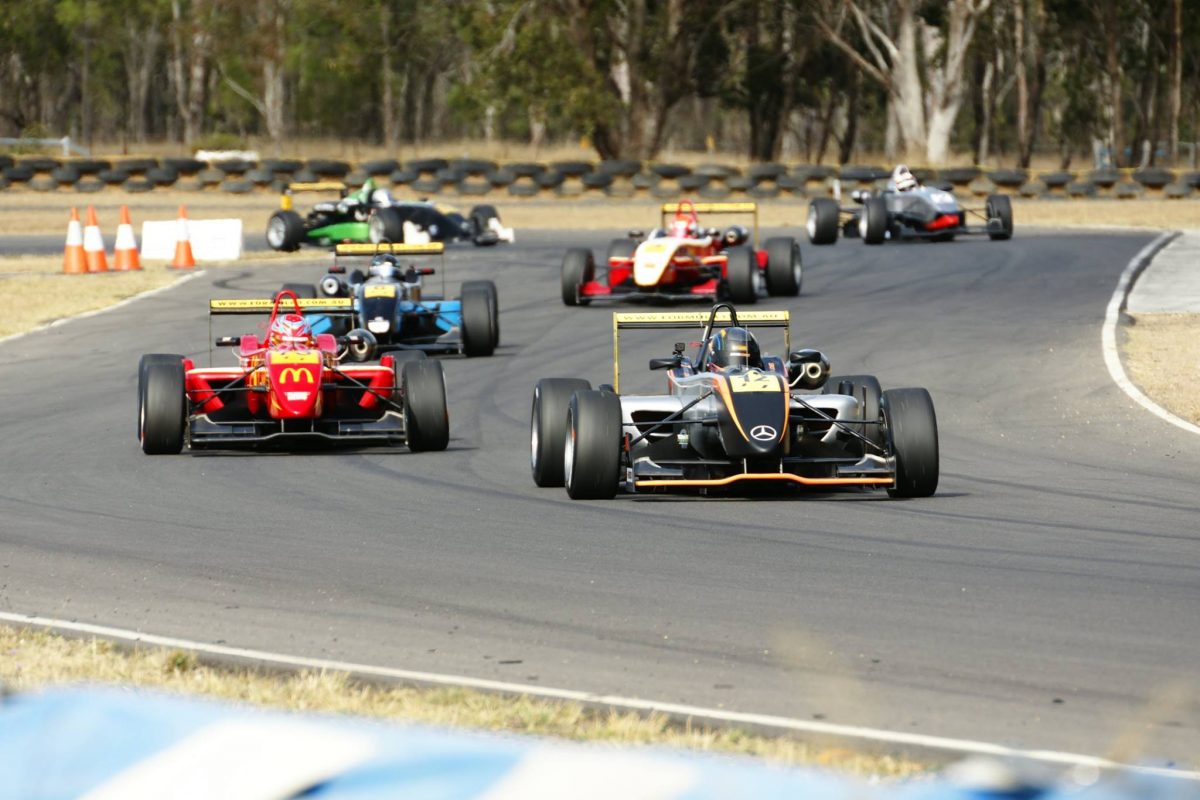 Australian Formula 3 will run predominantly with the Australian Motor Racing Series in 2019.

All but the finale of the six-round season will take place on the AMRS program, although all tracks remain the same as in 2018.

The season kicks off with rounds in March, April, and June, followed by what organisers have dubbed a ‘winter break’ and rounds in September, October, and November.

There will be $500 on offer for pole position thanks to All Properties Group, while Hankook will supply tyres for the next three years.

Organisers are also confident of an expansion in the size of the grid next year.

“We’ve already seen a number of new cars purchased ready for this year’s Championship, as well as a number of cars still available to both purchase or lease,” read a statement from Formula Three Management.

“The category has been running for over 20 years now with a similar model, providing a consistent, value for money, competitive series.”

Harri Jones edged out Cameron Shields to win the 2018 title.