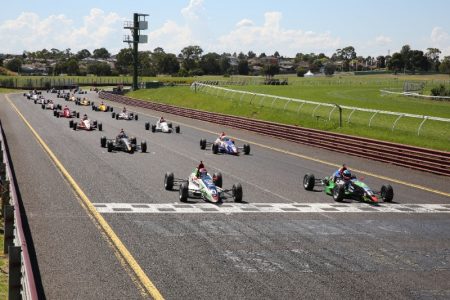 The Formula Ford Association has released a provisional calendar for 2019’s national series, with the hope of still securing a slot on the Supercars Championship support card.

The season will again span seven rounds with four already fully locked in at club- and state-level race meetings, including another trip to The Bend.

A further three rounds have circuits assigned but no dates yet confirmed, namely Sandown, Winton, and Sydney Motorsport Park.

“The delay in announcing the calendar hinges on securing a round at a Supercar event,” reads a release from the Association.

“Negotiations are still underway and we will publicise the full calendar as soon as it is locked in place.”

Given that the Sandown will host a Pirtek Enduro Cup round and SMP is not on the 2019 Virgin Australia Supercars Championship calendar, it appears that a push is on for Formula Ford to support the Winton SuperSprint event in late May.

Formula Ford supported Supercars at The Bend in 2018 with the balance of the calendar featuring at state-level and AMRS meetings.

The seven circuits remain the same from this year to next, despite the shuffle of host meetings.