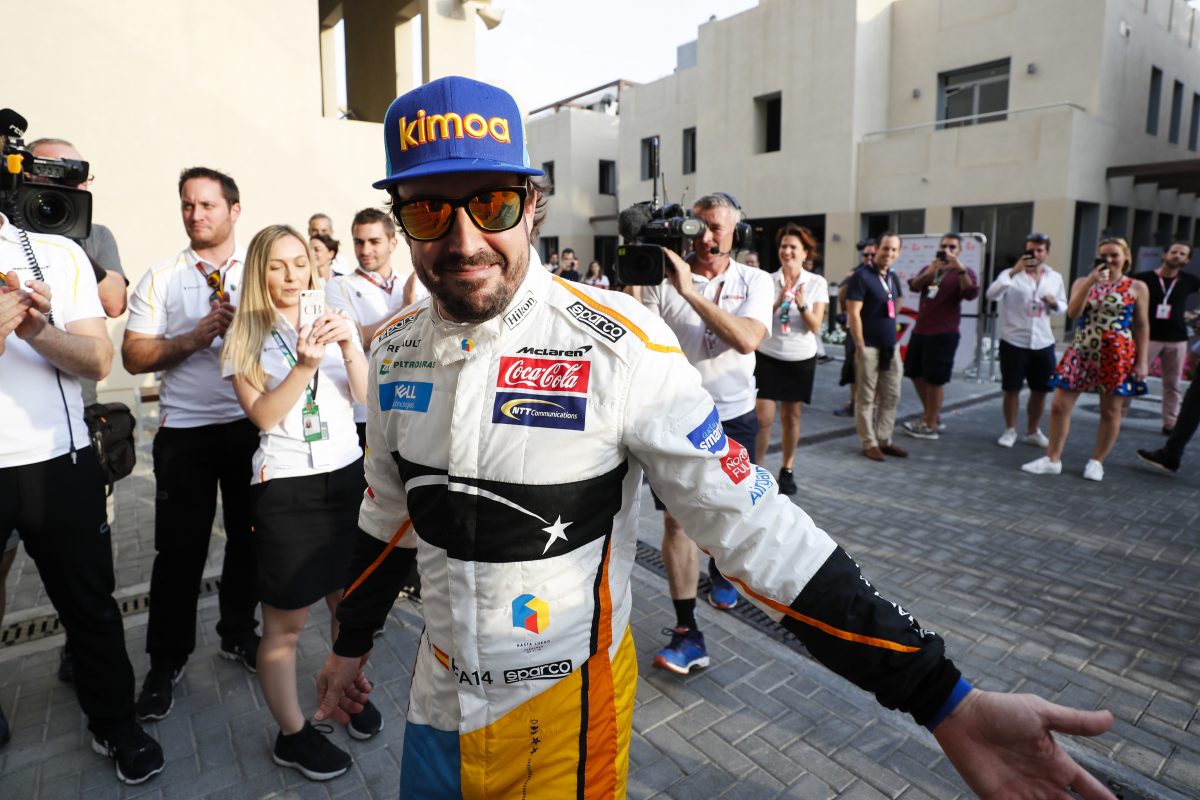 Fernando Alonso is “very open” to the prospect of testing McLaren’s 2019 Formula 1 car according to team CEO Zak Brown.

Despite stepping away from F1 competition, Alonso remains in the McLaren fold and will race with the Woking outfit in next year’s Indianapolis 500.

The Spaniard will also see out the 2018/19 World Endurance Championship with Toyota, and has landed a drive with one of the leading IMSA operations for January’s Daytona 24 Hour.

McLaren will have an all-new driver line-up in next year’s F1 championship in the form of former Renault driver Carlos Sainz Jnr and rookie Lando Norris.

Brown believes that the influence of an old hand such as two-time world champion Alonso will be of benefit to the new recruits.

“I have spoken to Fernando about it. He is very open to it,” said Brown of the prospect of Alonso testing the McLaren during 2019.

“These F1 world champions, whether it’s Michael Schumacher or Mika Hakkinen, who came close to a comeback, don’t want to be too far from the F1 pit lane.

“There’s a lot he can contribute experience-wise. Carlos and Lando are open to any ideas that will bring us experience.

“It’s something I’ll be talking to him about. I’ll go to Daytona for Fernando’s Daytona testing and we’re going to chat to him further then.”

Brown also confirmed that McLaren will take delivery of its two Dallara IndyCar chassis at Woking early in the new year, although Alonso will only conduct his first Indianapolis 500 test in April.

“There are a variety of testing restrictions, so we’re not free to do as we want,” he explained.

“I think we will be on the track for the first time in early April, and that’s when our testing will commence.

“Then, of course, we’ll do the maximum allowed within the current regulations as far as the amount of testing both at Indianapolis and away from Indianapolis.”

McLaren has so far only committed to fielding Alonso at the Brickyard, but has not dismissed the possibility of a two-car attack.