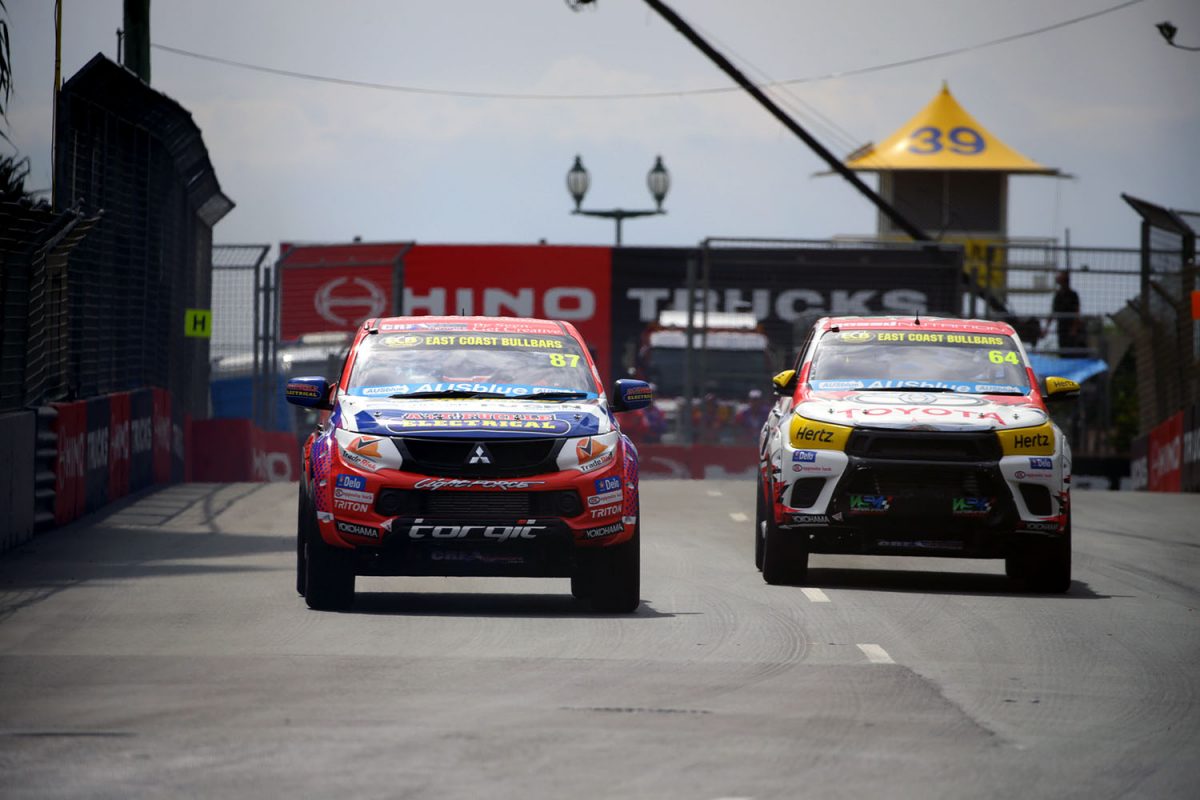 Team representatives have labelled the inaugural ECB SuperUtes Series a sporting and commercial success despite continued criticism from certain quarters.

The turbo diesel dual cab category replaced the sedan-derived V8 Commodores and Falcons in 2018 and were met with a response which generally ranged from underwhelmed to scathing on Speedcafe.com’s forums.

Senior team members, however, claim that the SuperUtes are in fact a hit with non-traditional motorsport fans, such as offroad enthusiasts targeted by series sponsors.

“At the end of the day, for me, success is how often my phone rings for people looking to drive them and there hasn’t been a shortage of that,” he told Speedcafe.com.

“The other thing too that I feel dictates whether it’s successful or not is whether or not you can get sponsors onboard to run the next year. That definitely hasn’t been a difficult task going into 2019.

“Our sponsors are embracing it and taking it on board which is exciting. Towards the end of V8 Utes we were struggling to get budgets to run the year and now we’re getting budgets to run those things comfortably.

“To me, that defines success and (also) the new demographic of fan.

“We’ve got a whole new demographic now and a lot of these guys probably don’t even know about Speedcafe or the social media forums that we get a bit of a pasting in.

“At Newcastle, we had guys coming up to us, saying how ‘We haven’t been to a Supercar event before, and one of the reasons we’re here is because of the event and to come and see the utes,’ so it was very positive and the fan engagement that we had at Newcastle was very positive.”

Peters Motorsport welcomed a new sponsor in EFS 4X4 Accessories for the first SuperUtes campaign, which it eventually won through Ryal Harris in one of its two Mazda BT-50s.

“Our sponsors go and stand among the crowd (at race tracks), and they reckon there was a massive shift towards support of the category, particularly in the last couple of rounds,” he told Speedcafe.com.

“EFS’s statistics and feedback from their database is so far away from your Speedcafe feedback; it’s at polar ends apart.

“It’s fair to say that when you have a company like EFS that’s got a massive database of customers, and they’re all four-wheel-drive people that are into their Hiluxes and into their Rangers, and when (EFS) send out information about Ryal doing this or Ryal doing that, they get a response.”

Both also cited an improvement in performance of the SuperUtes and the racing they put on as reason to be upbeat.

“It was a tough start to the year, but I think the product that we had at Newcastle was pretty good so it’s definitely on the right path for next year,” said Sieders.

Peters maintains that there is no need for such a strong emphasis on outright speed, but was confident of an improvement anyway.

“I still believe that there’s no point talking about whether they should be faster, slower, have this engine, that engine,” he stated.

“At the end of the day, if there’s a pack of them, more cars, and they’re all racing doorhandle to doorhandle, pushing, shoving, bashing into each other just like utes always have done, what’s wrong with that? That’s racing.

The new season gets underway at the Superloop Adelaide 500 on February 28-March 3.