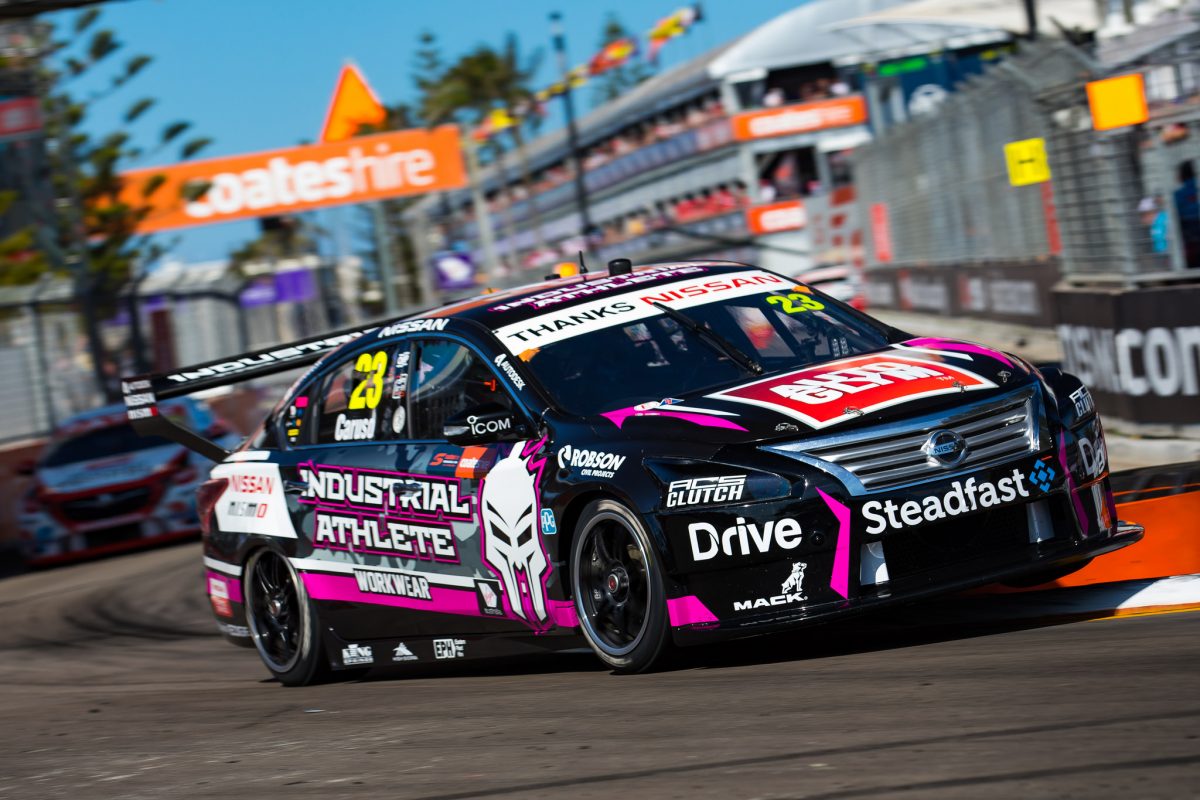 The drive that belonged to Michael Caruso this season is yet to be confirmed for 2019 pic: AJP Photography

Ensuring the commercial side of the business is secure remains the primary focus for Kelly Racing as the race for its two vacant seats for 2019 heats up.

The former Nissan Motorsport factory squad is yet confirm its driver line-up for next season with only team co-owner Rick Kelly and Simona De Silvestro locked in at the four car outfit.

Seats that belonged to Michael Caruso and Andre Heimgartner this season are available which has attracted the attention of several drivers.

Speedcafe.com understands Heimgartner, Caruso and the team’s enduro driver Garry Jacobson remain in the mix for the drives now that another potential candidate Alex Rullo has told this website that Super2 is his most likely destination.

The Supercars 2019 grid is edging closer to completion with Lee Holdsworth expected to join Tickford Racing as a replacement for Mark Winterbottom.

It is believed Jack Le Brocq and Heimgartner were among the options being considered by Tickford, with the former now set to remain at Tekno Autosports, and the latter focussing on trying to retain his seat at the Braeside outfit.

Kelly Racing marketing and sponsorship boss Nick Ryan has stated that the team wishes to continue with its 2018 drivers for next year, but must focus on ensuring its operation is commercially viable before determining its line-up.

The outfit is understood to be searching for partners following the loss of Nissan’s factory funding after the Japanese marque pulled out of the sport, ending a six-year relationship with the team.

“We had a really incredible line-up in 2018. We love the continuity that we’ve been able to achieve with our drivers over time,” Ryan told Speedcafe.com.

“We would love to continue that into the future, but (we’re) also being mindful of the change for our business that we’re going through at the moment and we need to make sure that we are commercially viable.

“We need to make sure that we can continue development that we need to do to remain highly-competitive and really progress on beyond.

“We just need to be mindful of that, before we cement our driver line-up, to make sure we’ve got all the commercial aspects in a row and with an incredible group of partners that have been around us, many of them for the last 10 years (since Kelly Racing’s inception).

“At the same time, just through nature of business, things take time to put to bed. We’ve got to respect that.

“Hopefully, things can continue in the future, but first, we need to just make sure that, the commercial side of things stacks up, because as we all know, this is an enormously expensive sport.

“To be successful, you need to spend to develop and do those things.

“You need to be conscious of the commercial, sometimes, in some capacity need to come first.”

Alongside plans to rebirth the Kelly Racing brand, which will be launched early in 2019, Ryan admits that its driver announcement may also arrive in the new year.

“Most likely given the fact that we’re one week from Christmas,” added Ryan when asked about the timeframe of Nissan’s driver line -up decision.

“We’re not necessarily rushing to make an announcement before Christmas.

“We’d love to have everything tied up at the start of Christmas.

“We’re really pushing to make that a reality, but at the end of the day, we need to make sure that all the business side of things line up.

“Look, unfortunately, if that goes into January, then we just have to accept the fact that it’s okay and we make the right decision to go forward for the business in the future. That’s unfortunately what it is.”

Kelly Racing is set to field four Nissan Altimas next season with the cars to feature a tweaked aerodynamic package that was ratified by the Supercars Commission last week.