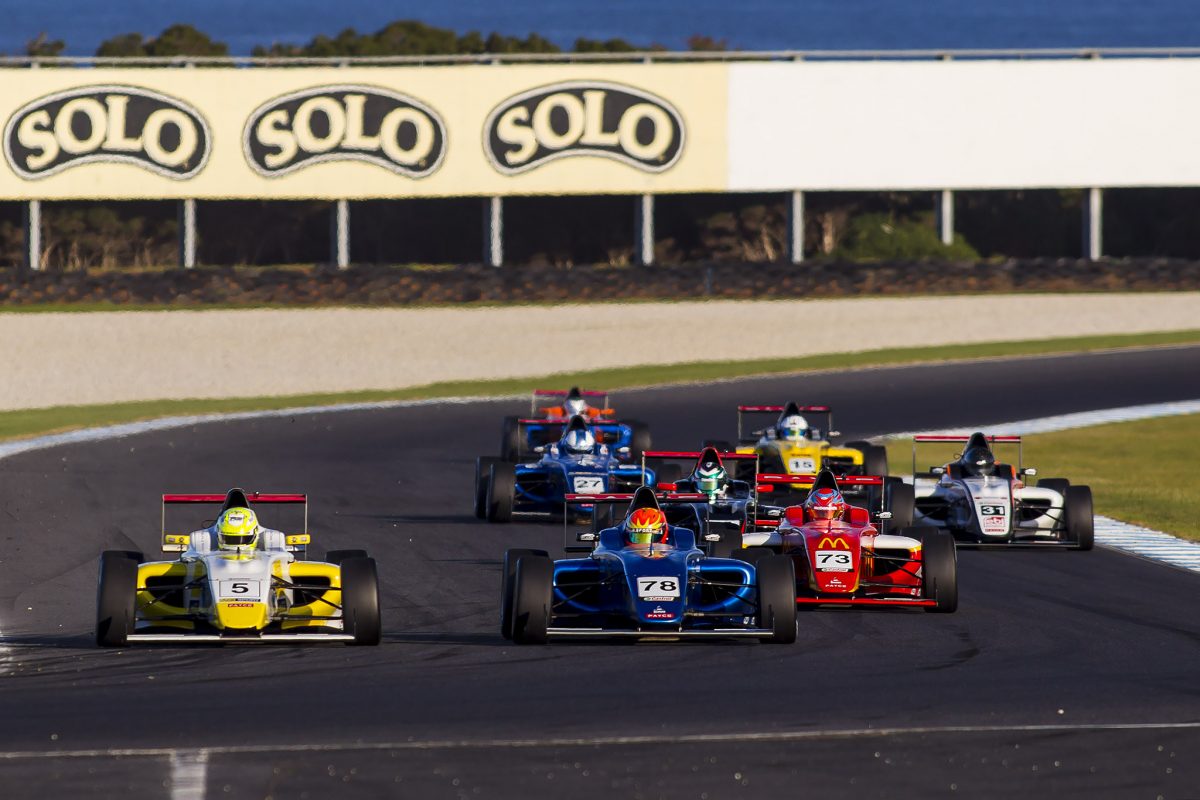 The 2019 CAMS Payce Australian Formula 4 Championship will be contested over just four race weekends and six rounds in 2019.

CAMS has released the rest of the calendar after this morning’s announcement that the season would open with a first visit to the Formula 1 Rolex Australian Grand Prix.

The other three race weekends will take place on the Shannons Nationals program, meaning that the Virgin Australia Supercars Championship will not host Formula 4 for the first time in the championship’s history.

Round 2 will be a four-race affair at Sydney Motorsport Park in May, followed by double rounds (two times three races) at Phillip Island in June and a maiden appearance at The Bend in July.

The season-opener will feature the familiar three-race format, albeit with only one practice session prior to qualifying for the Castrol Pole Position.

This year’s championship, won by Jayden Ojeda, was contested over seven rounds and six race weekends.

CAMS General Manager of Motor Sport Michael Smith says that the changes are a response to the needs of competitors.

“For 2019, we took onboard a lot of feedback from drivers and teams – past and present – in terms of how we could change the format of Formula 4,” explained Smith.

“Overwhelmingly, drivers wanted more track time. Given the age of our drivers, a shorter calendar also suits a driver’s school commitments around their racing program.

“The Shannons Nationals is the perfect platform to run at some of Australia’s best tracks, for more running time.

“With the addition of Formula 4 alongside TCR Australia and S5000, the Shannons Nationals has something for everybody.”

There will be two CAMS Rising Star scholarships valued at $50,000 each available in 2019, as well as another 10 CAMS Driver Assistance packages valued at $12,000 each.

A further carrot is an end-of-year Formula 4 Asia Pacific Cup and a mooted World Cup, as announced in conjunction with the AGP round.