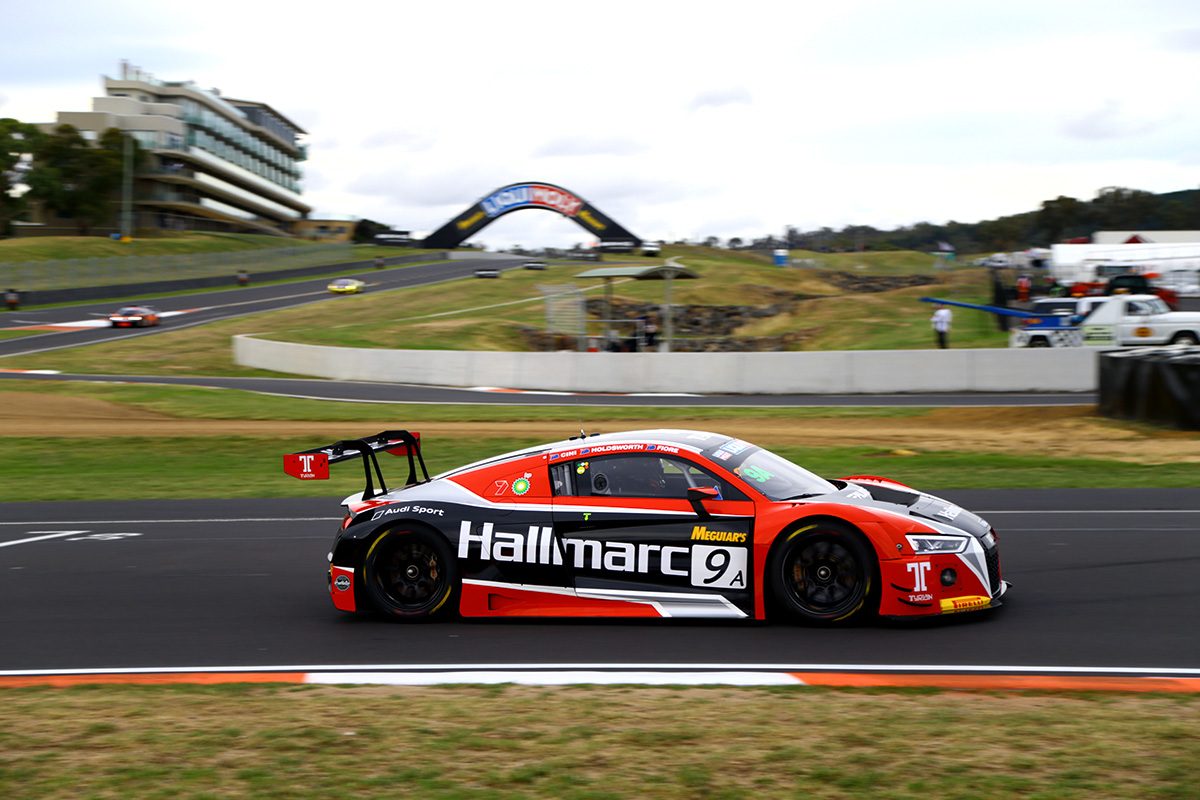 The Hallmarc Audi at this year’s Bathurst 12 Hour

Lee Holdsworth, Dean Fiore, and gentleman racer Marc Cini will drive together for a third straight Liqui-Moly Bathurst 12 Hour in 2019.

They finished ninth in the BRM Chronographes Pro-Am class (GT3) in 2017 but were among the first to go out in 2018 when Cini was an unfortunate victim of an incident at the top of the mountain.

Holdsworth, who is set to join Tickford Racing in Supercars next year, has a best outright result in the Bathurst 12 Hour is a sixth with Erebus Motorsport in 2013.

“To team up with Deano and Marc again makes for a good, fun weekend,” said Holdsworth.

“The Bathurst 12 Hour is growing as an event each year and it’s now really an internationally renowned, bucket list type of event. To be involved is a privilege.

“It’s a nice way to start the year and get the ball rolling and get your head back into gear before the Supercars season starts.

“We don’t take it too seriously – it’s a fun weekend and one where we can enjoy our racing.

“We’re not out to win the race outright but if we can get the Hallmarc car onto the podium in our class then we’ll come away with a smile on our dials.”

Am drivers in Pro-Am combinations will be required to complete more seat time next year, which Holdsworth believes plays into the trio’s favour.

“But I think with some of the rule changes it gives us a better shot.

“With the driver times in place it means you split the race evenly between your drivers which makes it a lot more fair for us – and a lot of other cars as well.

The entry is the first Audi to be specifically confirmed for the 2019 Bathurst 12 Hour, which takes place from January 31-February 3.

The German marque has committed to campaigning at least two R8 LMSs in each round of next year’s Intercontinental GT Challenge, although 2018 Bathurst winners WRT will not be among them.