No Super2 plans on horizon for DJR Team Penske

No Super2 plans on horizon for DJR Team Penske 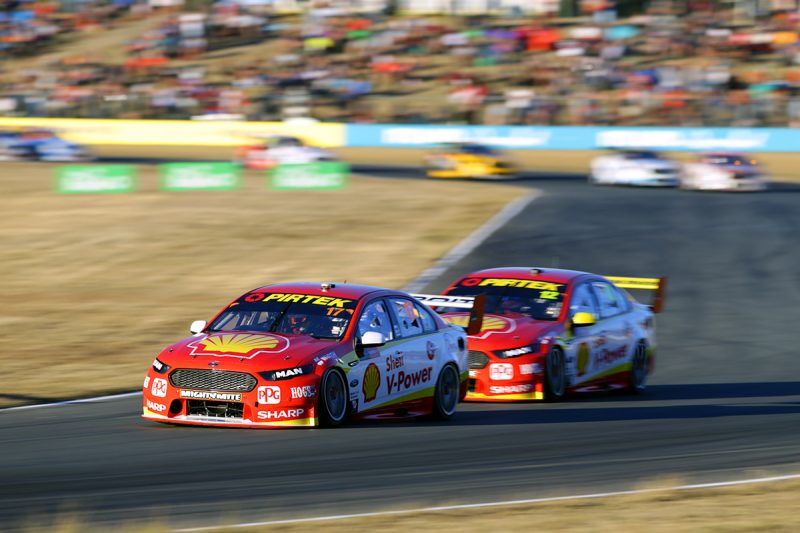 DJR Team Penske has no immediate plans to run a Super2 program but won’t rule out a possible foray in the category in the future.

Supercars’ second tier will be populated by several main game squads next year with Triple Eight rejoining the series with a two car effort for Kurt Kostecki and Brenton Grove.

Walkinshaw Andretti United is another top outfit investigating a return as it assesses a possible entry for British racing driver Abbie Eaton.

In addition to that Erebus Motorsport may also enter selected Super2 rounds as it evaluates the prospect of running a Mercedes E63 Supercar for its Pirtek Enduro Cup co-driver Luke Youlden.

While teams appear to be flocking to Super2, DJRTP managing director Ryan Story says his squad has discussed a possible involvement in the series in the past, but feels it would be a distraction.

A move into Super2 could prove beneficial for teams next year with Supercars expected to ban twin spring dampers, which will see the cars run to a similar technical specification to those that compete in the feeder series.

“It’s (Super2) something that we’ve talked about in the past,” Story told Speedcafe.com.

“Certainly, this past year, running the same car in the main game as in Super2 would have made some degree of sense.

“But, in reality, we don’t need the distraction of a Super2 program.

“And if we were to undertake any one-off events in that category, which we certainly don’t rule out, it would be for the purposes of prepping a driver, or prepping and improving and upscaling some of our workforce, there would be a reason for it.

“We’d have a mandate that we’d set internally for undertaking a project like that. There’d have to be a reason to do it.”

The Queensland squad is choosing to focus on its main game program next year which will see the squad field Ford Mustangs for reigning champion Scott McLaughlin and Fabian Coulthard.

It is expected that the team will have a busy off-season as it completes the build of its new-for-2019 Mustang package, which was officially approved by the Supercars Commission this week.