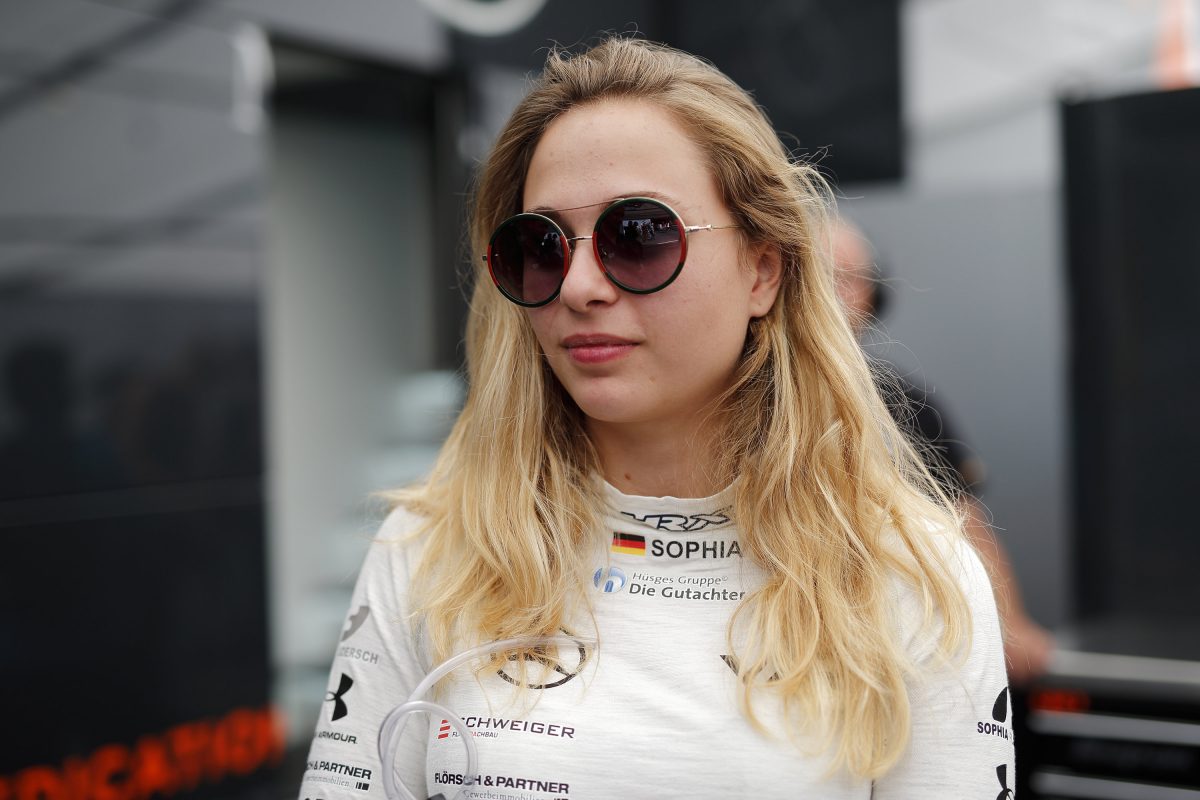 Sophia Flörsch has secured a drive in the Formula European Masters series next year, as she continues to recover from spinal injuries sustained in her horror Macau crash.

Flörsch returned home to Munich late last month after somehow escaping life-threatening injuries when she flew into a building in the Macau Grand Prix Formula 3 race.

She is now set to undertake her first full season in F3 machinery in 2019 in Formula European Masters, which will run as a support category to DTM.

The 18-year-old will remain with Van Amersfoort Racing, with which she contested a partial season in Masters’ predecessor, the FIA Formula 3 European Championship, in 2018.

“I am convinced that the Formula European Masters is the perfect race series for me,” said Flörsch.

“The car is fantastic. It offers young drivers the opportunity to learn a lot.

“This is demonstrated by history. After all, countless racing drivers learned their trade in these cars and their predecessors to make it to the top categories of motor racing, afterwards. And the DTM environment is fantastic!

“I love to keep on competing for Van Amersfoort Racing as I feel really comfortable in the team.

“It certainly wasn’t easy at the beginning as I had absolutely no Formula 3 experience. But they taught me a lot and now I want to celebrate successes with them.”

Flörsch will, however, not be back in a race car until sometime in the new year as she continues to recover from back and neck injuries sustained in the Macau crash.

“When I watched the video of my accident for the first time it felt somewhat surreal,” she added.

“I know that I was lucky and am thankful that the Dallara is such a safe car.

“I already may begin with gentle training and hope that I will be able to get into the cockpit of my racing car, in spring (March to May).

“If my rehabilitation runs as planned and I won’t enter the season with leeway it’s my goal to regularly make it to the top five and secure a win, every now and then.”

“Despite having joined the 2018 season late she did a really good job,” he recalled.

“Nonetheless, there still are things she can learn in the Formula European Masters. But she also will make use of her experience to regularly try to battle it out for top 10 positions.

“We are delighted that Sophia will keep on racing for us as she’s a real asset to our team with her motivation.

“As soon as she has fully recovered we will have a car ready for her.”

Formula European Masters is effectively a continuation of the FIA Formula 3 European Championship.

It will be run by the latter’s promoter, Formel 3 Vermarktungs, and retains the same 2012-generation Dallaras.

The FIA Formula 3 European Championship was technically dropped in deference to the new FIA F3 Championship, which replaces the GP3 Series on the Formula 1 bill next year.

Round 1 of Formula European Masters takes place at Hockenheim on May 3-5.