Hyundai signs Loeb for WRC, no deal for Paddon

Hyundai signs Loeb for WRC, no deal for Paddon 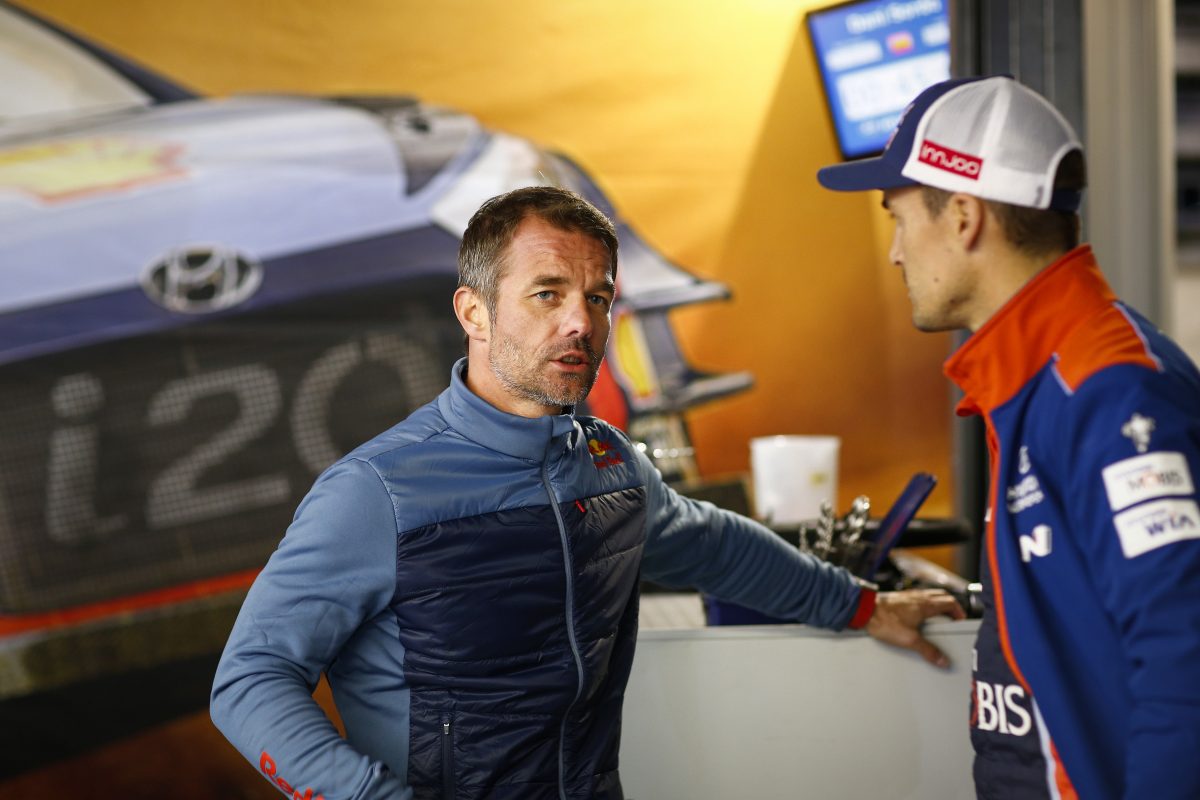 Sébastien Loeb has signed on with Hyundai Motorsport for the next two World Rally Championship seasons, leaving Hayden Paddon without a seat.

Loeb will share an entry with Spaniard Dani Sordo, who has renewed for another year, while 2018 championship contender Thierry Neuville and Andreas Mikkelsen were already locked in for 2019.

The nine-time world champion effectively replaces Paddon, who alternated with Sordo in the third car this year, although Hyundai team principal Michel Nandan says that the outfit is “still in talks with Hayden to see how we can work together into 2019.”

Loeb had contested three events for Citroen in 2018, winning his last in Spain, but the French marque’s decision to run only two cars next year appeared to have left the Frenchman without any WRC outings in 2019.

He will now make six starts with Hyundai, starting with the season-opener in Monte-Carlo, with Sordo to be entered for his first of eight rallies from Round 3 in Mexico.

The rest of the roster is yet to be announced.

Loeb will have longstanding co-driver Daniel Elena by his side while Sordo will continue to take pace notes from Carlos del Barrio.

“I am delighted to announce that Daniel and I will compete in six WRC events for Hyundai Motorsport in 2019, beginning with Rallye Monte-Carlo,” said Loeb.

“Winning at Rally de España this season re-ignited my desire to continue competing at the very front of WRC. Joining Hyundai will give us a fresh challenge and one that I can’t wait to tackle.

“I have been impressed with the team’s approach and their determination to succeed.

“They were firmly in the title fight this season and I feel that I can bring a lot to them, together with Thierry, Andreas and Dani.

“The Hyundai i20 Coupe WRC is a proven rally winner, and as a crew we know can still be up there with the best, so 2019 promises to be an exciting season.”

Nandan added, “Sébastien’s announcement is hugely important for Hyundai Motorsport, and we’re overjoyed that he has agreed a two-year contract.

“Sealing a deal with someone of his immense talent and calibre shows that we are an attractive and competitive proposition in the FIA World Rally Championship.

“Ultimately, our goal is to win the WRC title. We believe we have the package to achieve that, and our composition of crews for 2019 will perfectly reflect that ambition.

“We are also happy to retain the services of Dani for another year, extending a positive working relationship that dates back to 2014.

“With Thierry and Andreas already on the books for next season, we have an exciting mix of personalities and a complementary line-up.”

Paddon had arrived at the season finale in Coffs Harbour with a cloud over his future but hoped that a podium finish would help him clinch a place in the field again.

Nandan had even told Speedcafe.com that the New Zealander’s prospects of an arrangement that “look(ed) like the same again as this year in 2019” were “80 percent.”

While Paddon appears to have missed out on a drive, Hyundai says it has not completely closed the door on the 31-year-old.

“We are also still in talks with Hayden to see how we can work together into 2019,” added Nandan.

“He is a great talent and a tremendous ambassador for Hyundai NZ, leading various motorsport projects.”

Loeb had lost his World Rallycross ride, his main program in recent years, when Citroen’s sister marque Peugeot pulled out of the embattled championship.

He had also looked like missing out on next year’s Dakar until he landed a privateer Peugeot seat.

The 44-year-old will compete in the famous rally raid from January 6-17 before Rallye Monte-Carlo takes place on January 24-27.