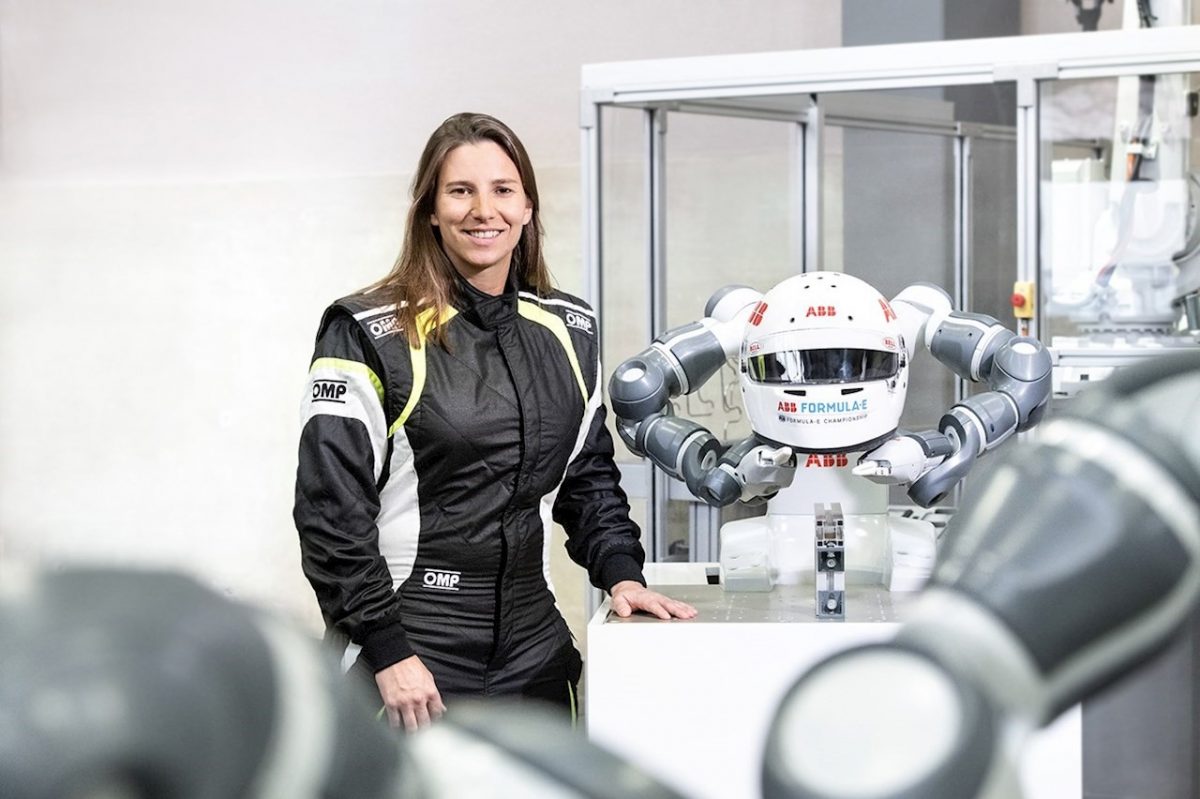 Simona De Silvestro has strengthened her ties to Formula E by taking up a global ambassador role with the championship’s naming rights sponsor, ABB.

De Silvestro, who has returned to Formula E as a test/simulator driver for Venturi this season, joins fellow Swiss driver Sebastien Buemi, the 2015/16 champion, as an ambassador for the multinational robotics and electrical engineering company.

“I’m delighted to be part of such an exciting partnership with ABB and Formula E, particularly as the Championship is growing in strength every year,” said De Silvestro.

“Its values relating to sustainability and mobility, among many others, are such important topics for all of us and I’m proud to be able to contribute to their shared mission.”

“As a seasoned racing driver in several motorsports, she is an ideal person to champion the power and potential of e-mobility.

“In season 5, with her support, ABB will continue to push the boundaries of e-mobility as part of our commitment to run the world without consuming the earth.”

De Silvestro has told Speedcafe.com that she remains committed to the Virgin Australia Supercars Championship and will line up for a third season with Kelly Racing, formerly Nissan Motorsport, in 2019.

The 30-year-old already regularly returns home between events and believes that her Formula E test role “doesn’t really interfere with anything I’m doing here (in Australia).”

Prior to joining Supercars, De Silvestro competed in the final two Formula E races of 2014/15 and a full campaign in 2015/16.

She will test with Venturi in Riyadh on Sunday (local time), the day after the season-opening race on the Saudi Arabian capital’s streets.