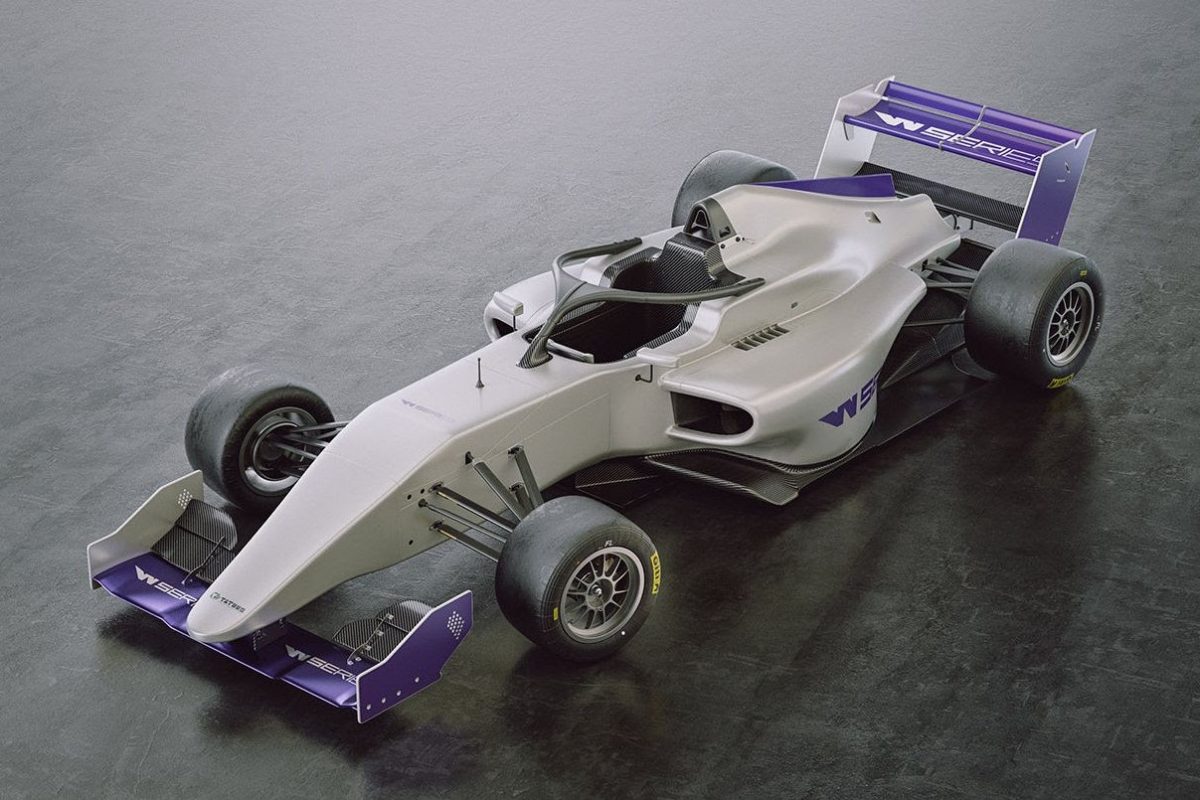 A render of the W Series car

W Series organisers have announced that Silverstone-based Formula 3 team Hitech GP will run all 18 cars in the inaugural season.

Alongside that, it will run the entire fleet of W Series cars, “provid(ing) a full race operation package to W Series, including preparation, shipping and all trackside requirements,” according to the announcement from the all-female championship.

The deal extends to provision of race engineers and pit crews for the Tatuus T-318 Formula 3 cars which will race in the series.

There are three Australians on the 55-driver ‘longlist’, namely Chelsea Angelo, Charlotte Poynting, and Caitlin Wood.

A four-day evaluation will be held in Austria on the last weekend of January, with on- and off-track criteria used to select the 18 drivers who will take part in the 2019 season.

Round 1 takes place at Hockenheim in May.