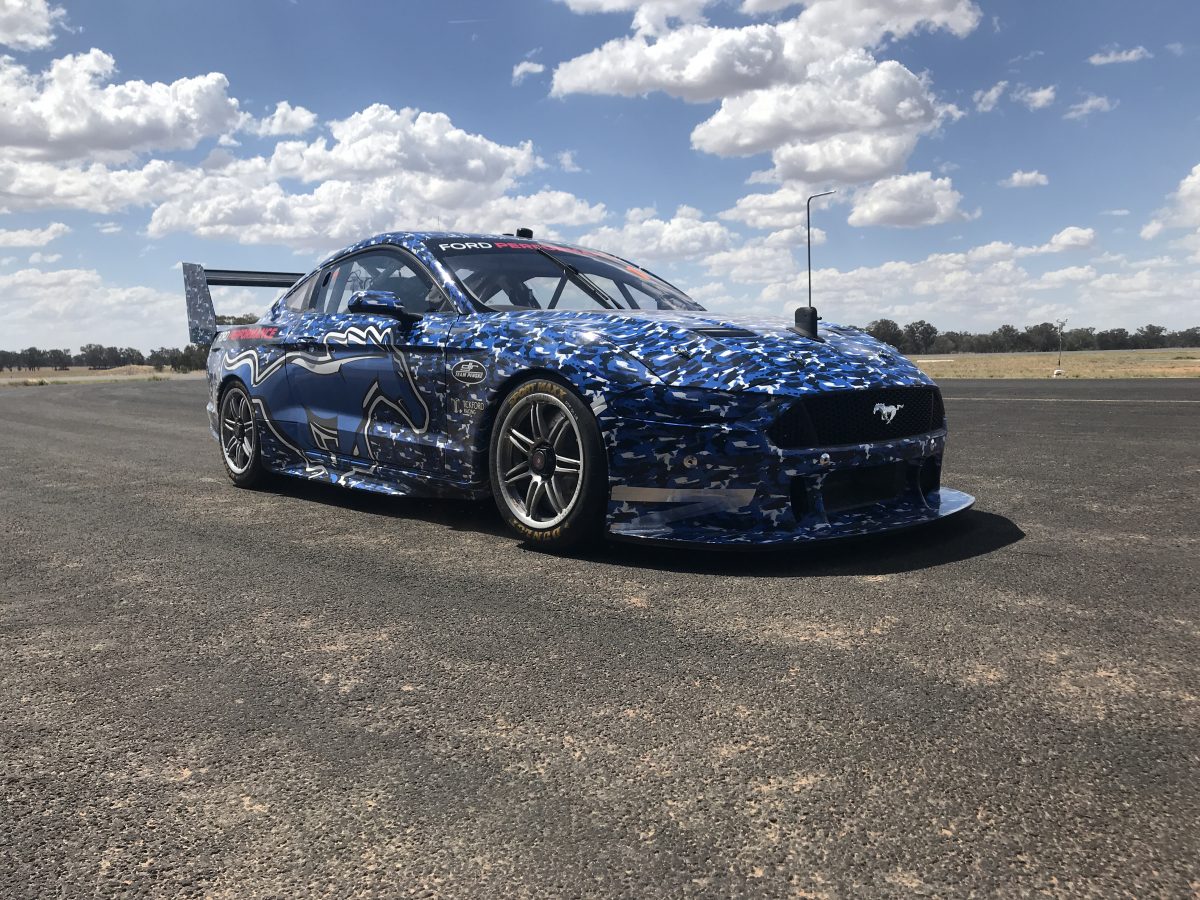 The Ford Mustang Supercar has been given final approval from the Supercars Commission after undergoing the championship’s official homologation testing.

The Mustang, developed by Ford Performance US, DJR Team Penske and Tickford Racing, was matched against a current model Holden ZB Commodore and a Nissan Altima to ensure parity among the models.

The three models were subject to a program of runway testing which measures aerodynamics and downforce.

Aerodynamic components of the Mustang are then adjusted to equalise it to the two incumbent models.

“With the assistance of the incumbents it has been a very smooth process throughout,” said Supercars Sporting and Technical Director David Stuart.

However, he admitted that his squad has plenty of work ahead to ensure the cars are ready for the 2019 season.

“The Mustang project has now been ongoing for over 18 months, so getting the tick of approval through the VCAT testing process is a great milestone,” said Story.

“That is only step one for us, however, as we must now get the race cars built and ready to perform for the 2019 season.

“We’re very proud of Mustang in our first effort as Ford’s Supercars homologation team and are very much looking forward to doing the ‘Blue Oval’ proud in coming years.”

Supercars CEO Sean Seamer said the return of the iconic Ford muscle car after a three-decade absence was a significant moment for the sport.

“This is the final step in seeing the iconic Ford Mustang back on Australian race circuits, and we can’t wait to see it in its full glory at the Adelaide 500 next year,” Seamer said.

“We thank the all of those involved in the homologation process, and the hard work they have put in to making happen, including incumbents Red Bull Holden Racing Team and Nissan Motorsport.

“DJR Team Penske, Tickford Racing and Ford Performance have done an outstanding job to build a Supercar which will no doubt continue Ford’s successes of this year.”

The Mustang is expected to undergo pre-season tests early next year before its highly anticipated race debut at the Superloop Adelaide 500 from February 28 to March 3.