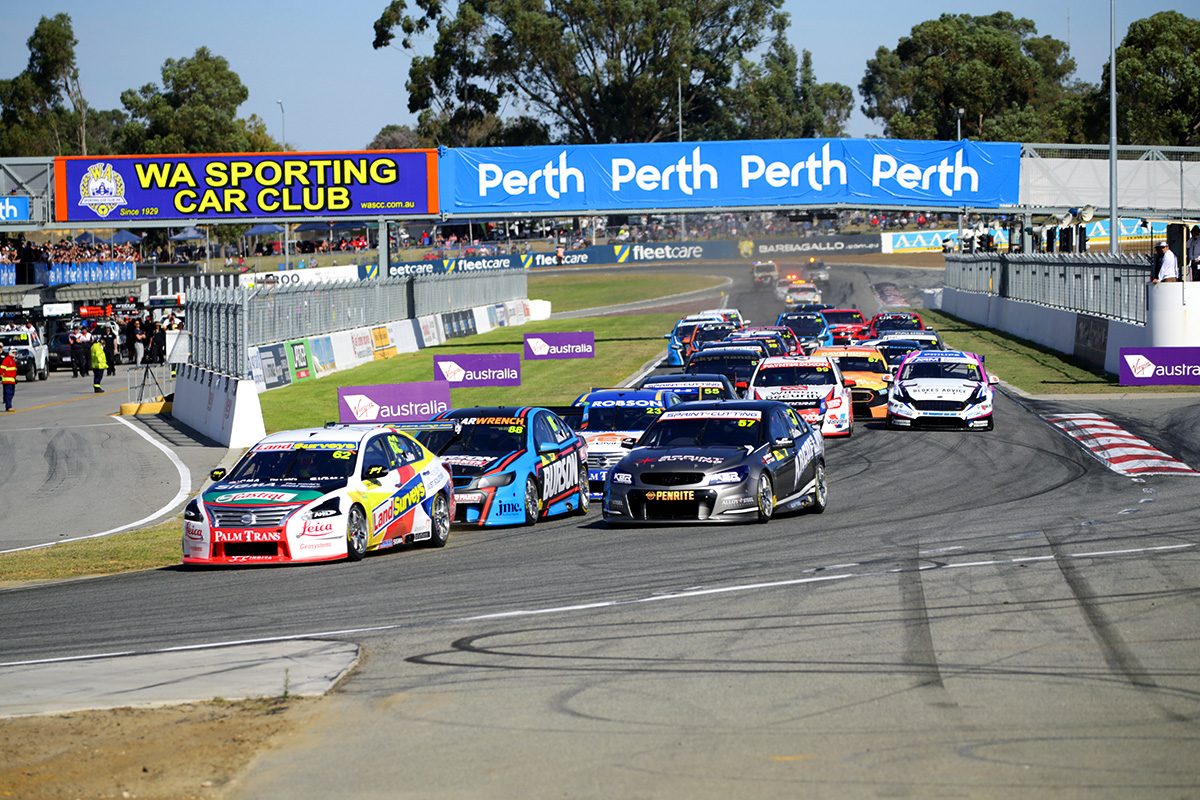 Two-race formats will become the norm for the Dunlop Super2 Series in 2019, representing a reduction of two races relative to this year’s calendar.

All but Bathurst and Adelaide will feature a 30-minute race on each of the latter two days of the round, although Armor All Qualifying has been extended at some rounds relative to the 2018 program.

The Mount Panorama round will continue to be run with a single 250km race on the Saturday of the Supercheap Auto Bathurst 1000 weekend while Adelaide is now the only three-race round for the second tier of Supercars.

Barbagallo and Symmons Plains last year each hosted three 30-minute races, with the former trimmed back to two and the latter replaced by Queensland Raceway.

While those two rounds last year featured a pair of back-to-back 10-minute qualifying sessions which set the grid for the respective first two races of the weekend, there will be a single qualifying session preceding each race on the same day at all five two-race rounds.

Qualifying at Bathurst is again 30 minutes long, and 15 minutes for each session at Townsville, Queensland Raceway, Sandown, and Newcastle.

Practice is unchanged except for both sessions at Adelaide being extended by five minutes each, with the first 10 minutes of the first practice session of the session again reserved for rookies only.

While all races except for Bathurst are currently listed on a time duration basis in the Operations Manual, it is expected that race lengths will be converted to a lap count before each round, as has been the case in previous years. 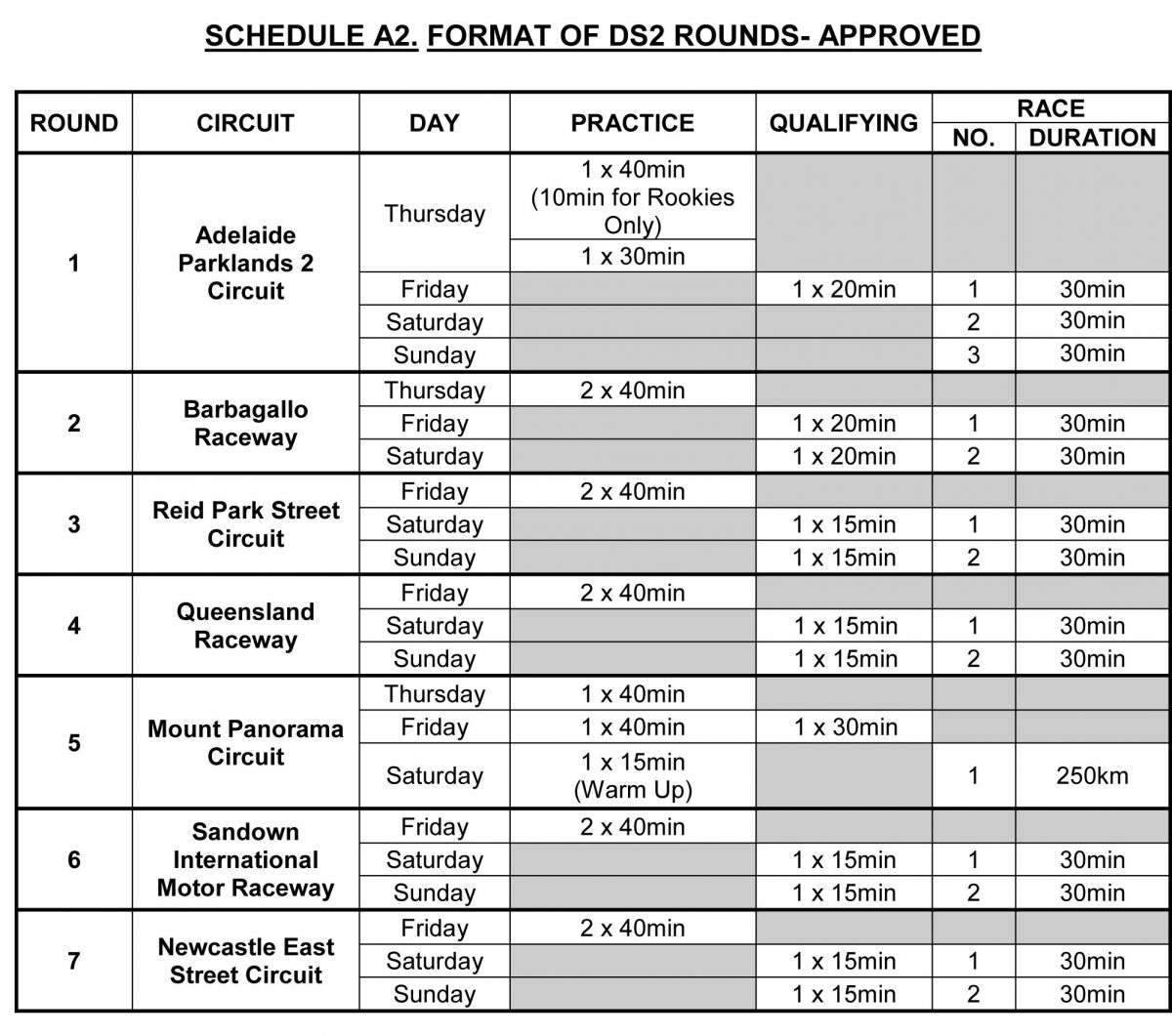