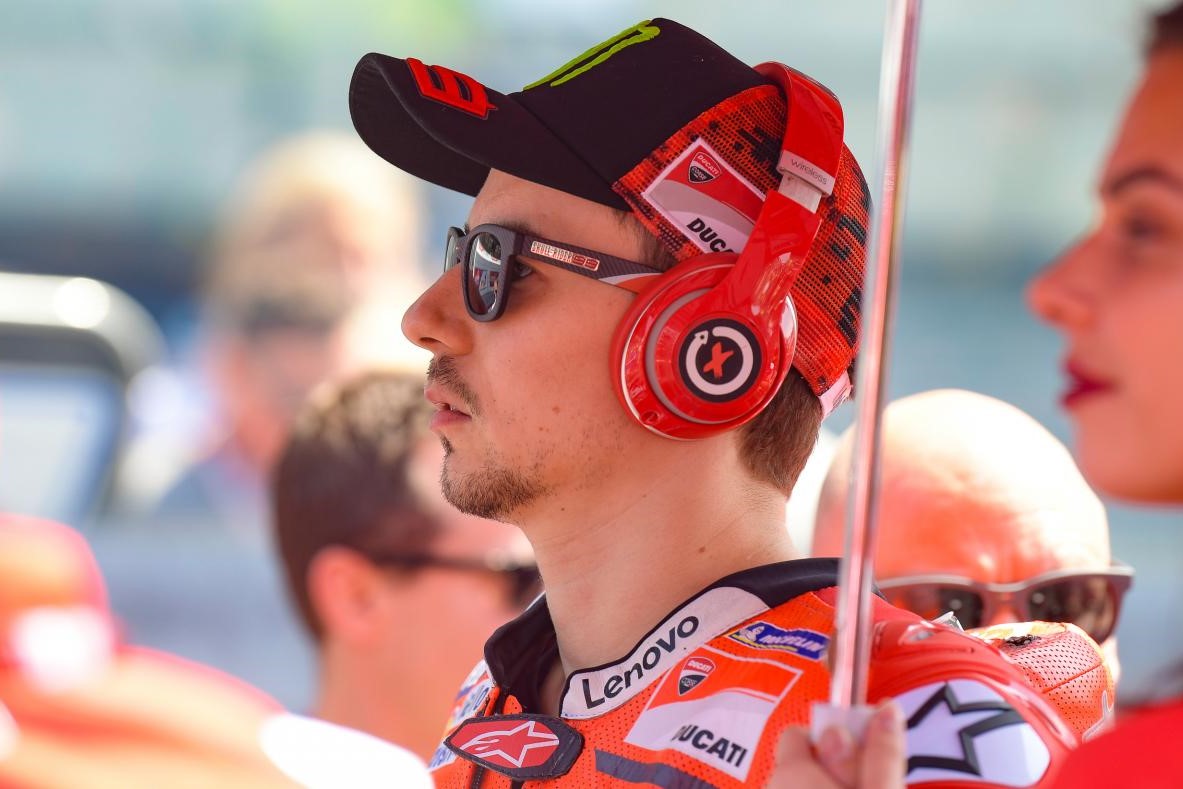 Jorge Lorenzo has revealed that he was ‘depressed’ and ‘very close’ to retiring before inking a contract to join the Repsol Honda team.

Lorenzo switched from Yamaha’s factory team to Ducati’s in a two-year deal which covered 2017 and 2018.

He went winless in his first season with the Bologna marque, picking up only three podiums, as team-mate Andrea Dovizioso took the title fight to the last race.

Lorenzo then managed just one top 10 finish in the first five races of 2018, before consecutive wins at Mugello and Catalunya.

Those victories, however, came either side of the announcement of his signing for Honda Racing Corporation, a shock development after he had seemed most likely to move to the new SIC satellite Yamaha team.

Lorenzo has now explained how he almost retired, a prospect which made him ‘depressed’.

“I was like almost in a little depression,” he told British network BT Sport.

“When I was seeing the possibility to retire, in my head I was getting depressed.

“Normally when I imagine my retirement, in some way I was feeling happy and relieved because I will not feel anymore the pressure and I will not get injured anymore.

“But really I didn’t expect when I just started feeling this possibility of retirement I would be getting depressed. And it was like this, was very close for the retirement.

“It’s true I had another possibility to go in the satellite team with Yamaha. It was a good option but not the one I wanted.”

The three-time premier class champion went on to win the Austrian MotoGP before a crash in practice in Thailand saw him miss four races in the back end of the season.

He believes that Ducati had lost faith in his ability before he finally won in his 24th race on the Desmosedici.

“It was unbelievable,” added Lorenzo.

“They say in motorcycle racing and the sport in general, your value is your last race, and my last races (before the wins) were terrible.

“Was very tough for me mentally, because I was working and training more than ever, but the results were not coming.

“And I knew what was happening, and I knew we were just very, very close to getting the good results and the victory.

“But people didn’t believe because I stay in Ducati for a year and a half and we didn’t get any victories.

“I just saw we were getting very close to the victory, because we were leading the race from the beginning of the races for, I don’t know, five laps, seven laps, even 10 laps, but finally we were missing something and I knew what we were missing.

“But the team probably in that moment didn’t believe anymore in Jorge Lorenzo.”

Lorenzo ultimately finished the 2018 season in ninth position in the standings.

He had been as high as third after his Austria win before mistakes at Misano and Aragon, a cancelled British MotoGP, and the races missed due to injury meant he only gathered another four points in the final eight rounds.