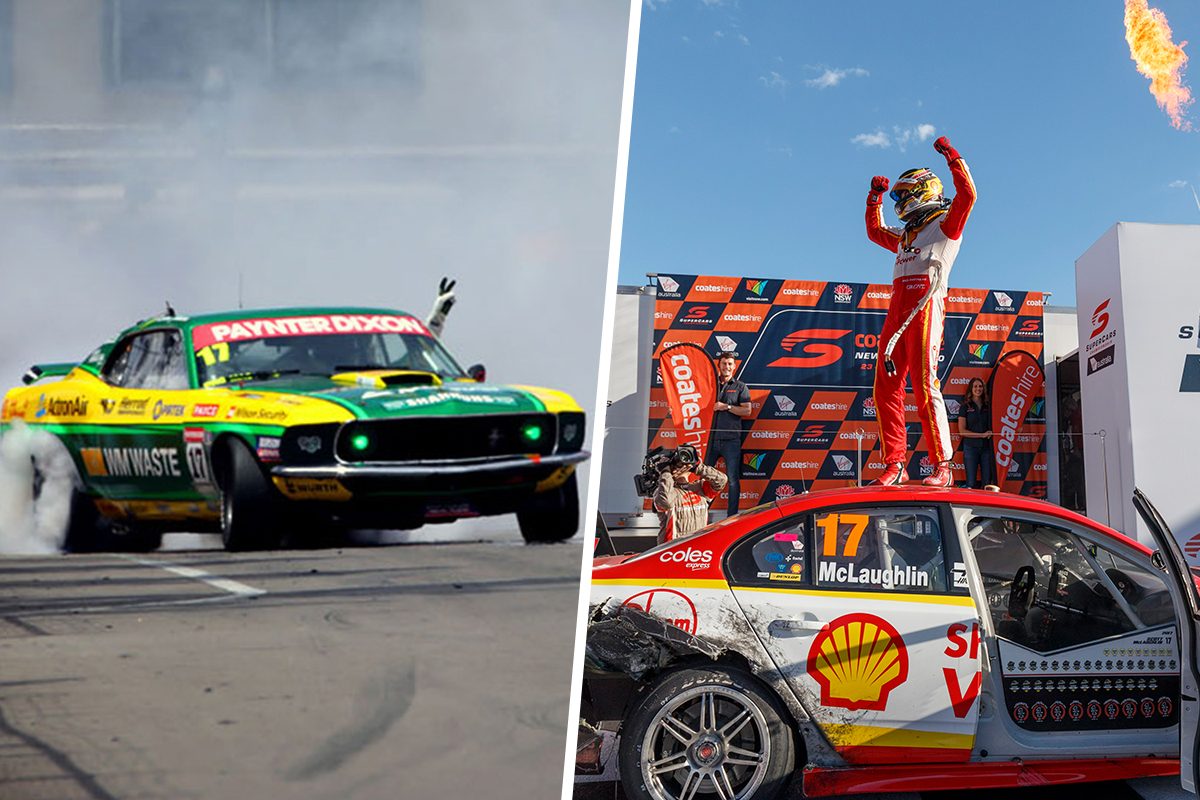 Steven Johnson believes 2018 has been a ‘dream come true’ for himself and father Dick Johnson.

For Steven Johnson, the road to a second consecutive TCM title was not a walk in the park as he secured the championship over John Bowe in the final race after battling a flu the entire weekend.

Both McLaughlin and Johnson’s title winning Ford Falcon and Mustang respectively were put on display in the DJR Team Penske workshop following the season finale, a move that stemmed from the enthusiasm of Blue Oval fans.

“A lot of people were asking, a lot of fans were asking, if we were going to have the car on display anywhere, and it really wasn’t something we’d had on our radar, never really something that we thought about,” Johnson told Speedcafe.com.

“The response from that, and the amount that have seen it, have tagged us in photos, there’s tens of thousands; it’s just insane, and I think that’s the sort of stuff that really hits home for us, just to see the fans loving it. 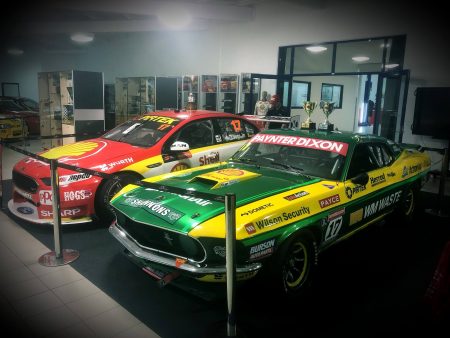 “I guess it’s put a lot more traffic into the DJRTP Museum to see the two championship cars side-by-side…hopefully it’s not a one-off thing.

“To be able to do that now is very special and a lot of the fans are really getting a big kick out of it which, in turn, humbles us greatly.

“They are iconic cars and, no secret, that we are building an XD Falcon which will be ready sometime early in the championship next year.

“We’re not exactly sure when, yet, but also, to have a Mustang that won a TCM championship next to a Falcon that won the Supercars Championship and to think that next year the roles are going to be reversed as well, at some stage, with Supercars being a Mustang and our TCM car being a Falcon is quite ironic.

“I think that ideally, we’d love to be able to do the same (win both titles) next year, obviously, in roles reversed.

“So, I think all in all, it’s an amazing time and it’s definitely a time for the Johnson family that we’re not going to forget in a hurry because it’s been an amazing year and to top it off the way that we did, really makes dreams come true.”

Team Johnson is set for a busy off-season with the build of their XD Falcon as well as taking ownership and moving into a new workshop in Queensland.

“We’ve expanded the Team Johnson brand to now running our own car and now that brings us to some more exciting prospects for next year in our own shop now, that we’ve only just taken the keys to,” he said.

“Over the Christmas break, we’re going be setting up our new small facility, our own Team Johnson facility, to not only build the new XD, but also to prepare the Mustang.”

To add to his packed summer schedule, Johnson is also in conversations with teams for a potential GT3 class drive in February’s Bathurst 12 Hour.

“Nothing that we can confirm at the moment,” said Johnson when asked if he will be driving in the Mount Panorama endurance classic.

“There’s a couple of people that have reached out to me about the possibility of doing some driving but obviously nothing’s been locked in yet.

“Hopefully we can nut something out by early January and be on the grid. But we want to be in a good car, we want to be able to have a chance to win the event.

“We’re looking at a couple of options at the minute but certainly nothing that’s signed away at the moment.”