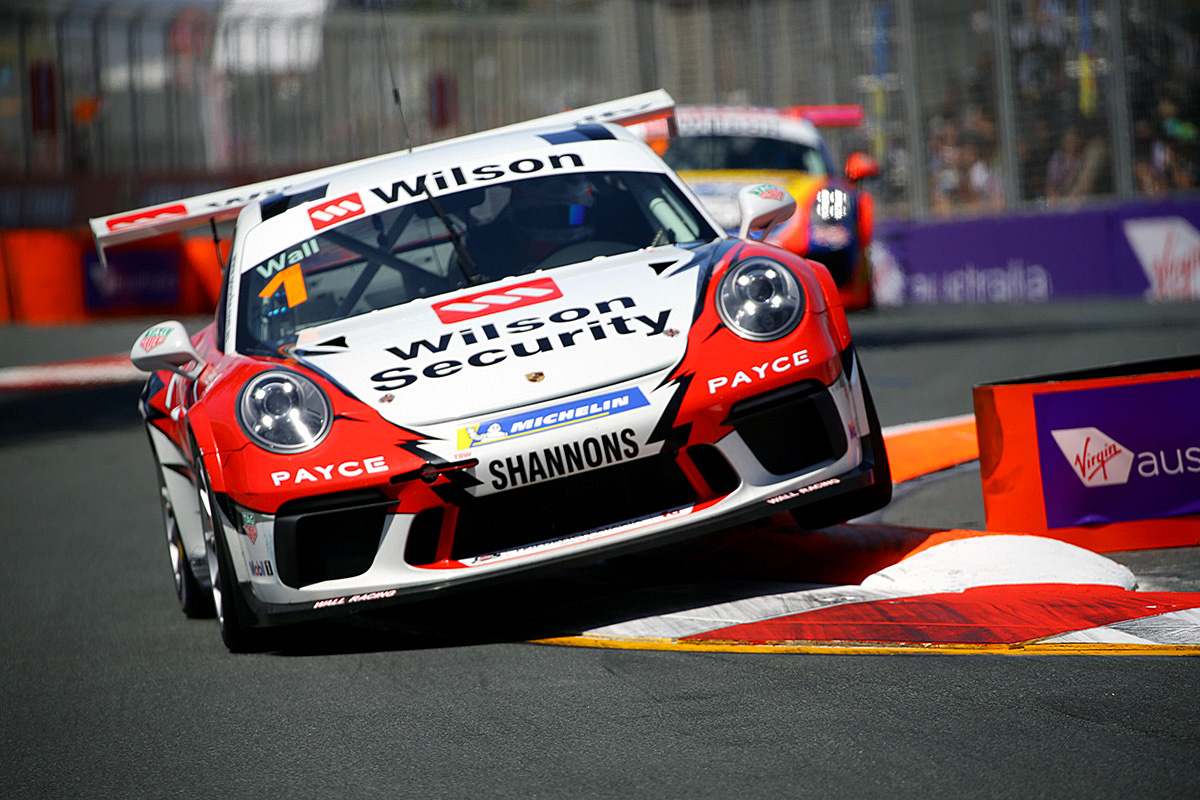 Alongside his driving commitments Wall heads up the team which bears his name, preparing and running cars in a number of other series.

For 2019 that will include a TCR program, with the squad looking to field a Honda Civic in the TCR Australia Series.

Alongside his expanding business interests, Wall is working to put a program together that will keep him on the Carrera Cup grid next year.

“I’m like a lot of other people – in a lot of ways Christmas is a terrible time of year!” Wall told Speedcafe.com.

“So trying to get everything lined up to be able to go back to Carrera Cup, that’s definitely the aim for me.

“I really enjoy driving the cars and I enjoy the series and the people within it and around it.

“I am doing my utmost trying to make that happen and I hope to be able to announce what I’m doing more than likely in the new year, I don’t think it will be before the end of this year.”

Wall finished second in the 2018 series to Jaxon Evans, who looks set to join Porsche after winning the Young Driver Shootout in France last month.

While he lost out to Evans in the title fight, for Wall it’s encouraging to know he’s on par with one of the German marque’s rising stars.

“We raced Jaxon in 2017 but that was his first year in Carrera Cup, and you could see that he was coming on stronger as the year went on,” he said.

“He’s obviously done a very good job this year and he’s a deserved champion for sure, but he’s gone over there and become the next Porsche junior, which is great.

“I think he’ll do very well and have a long career in sportscar racing. It is nice to be able to be 35, knocking on the door of 36, and still be as competitive as ever.”

By his own assessment, Wall’s own performance in 2018 was 99 percent of what he wanted heading into the campaign.

“It probably just met what I was hoping to achieve,” he admitted.

“Obviously winning the series in 2017 was a big thing for us and everyone at Wall Racing, so we set the same goal.

“We wanted to win the pole award which we didn’t do in 2017, so we wanted to effectively be the fastest car that we could make it be and we achieved that in 2018.

“We won the endurance championship which we didn’t get in 2017 so we were obviously very happy with that but didn’t quite meet all the expectations in trying to go back to back with the title.

“We ended up second there and that was basically through no fault of my own from Darwin, losing those points there in that round. Apart from that I feel we would have been in the hunt a bit further, but all in all a very solid year.”

The 2019 Carrera Cup season begins in Adelaide at the Superloop 500.