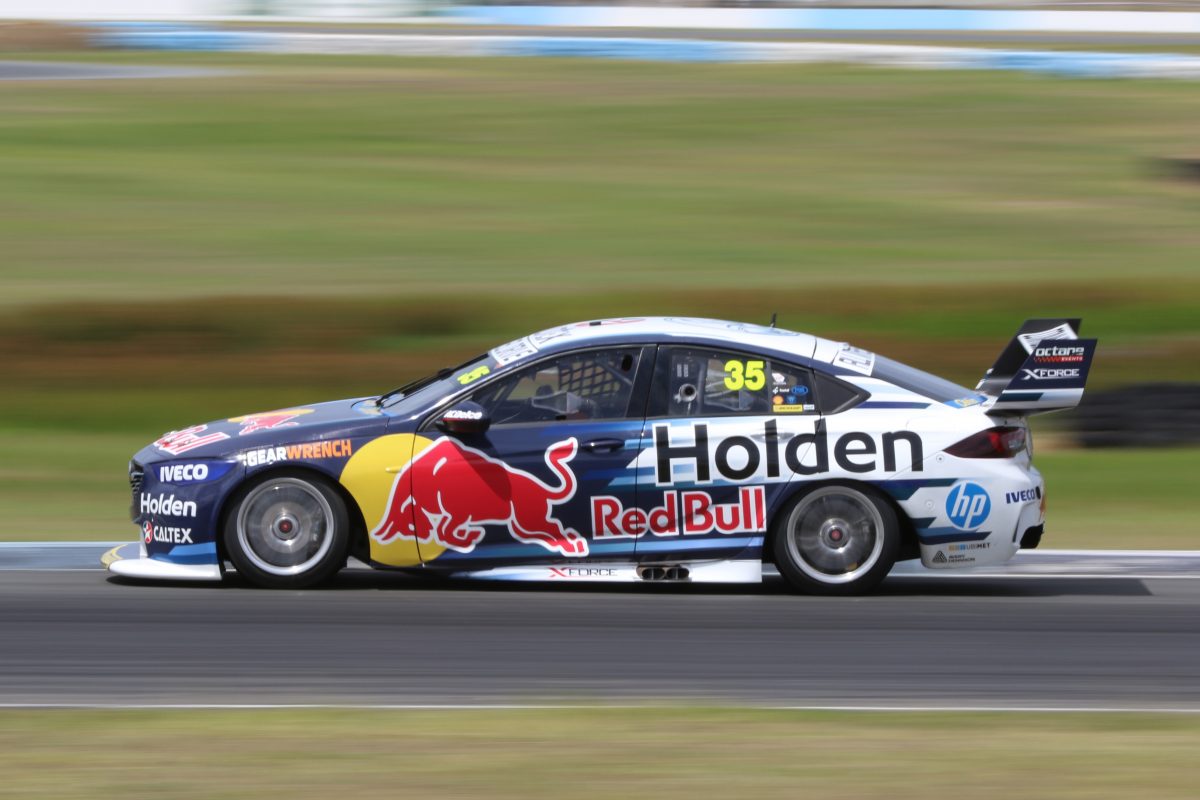 Todd Hazelwood says he was like ‘a kid in a candy store’ following his first experience of Matt Stone Racing’s Triple Eight built ZB Commodore.

The South Australian climbed aboard the Holden raced by Jamie Whincup this year during a test day at Queensland Raceway which marked the start of MSR’s technical relationship with Triple Eight.

Triple Eight sent a group of staff to complete the chassis handover process with the Queensland team, including Whincup, who logged five laps behind the wheel of his 2018 race car, and his race engineer David Cauchi.

Having raced a Ford FGX Falcon before switching to brands to a VF Commodore for the back half of a difficult maiden season, the latest ZB Holden has already impressed Hazelwood. 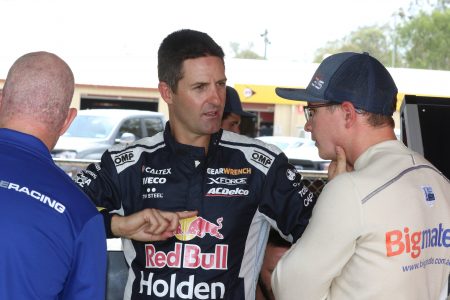 “(I’m) very impressed with the ZB so far. I’m like a kid in a candy shop,” Hazelwood told Speedcafe.com.

“They’re (Triple Eight) very cool and to be able to work alongside (David) Cauchi and everyone else whose here today from Triple Eight has been really cool and a great benefit to our team.

“They’ve given us a real good taste of what’s involved and what we expect (from the technical partnership) going into the future.

“Obviously he’s (Jamie Whincup) the best in the game and very good at what he does.

“We’re very privileged for him to do laps for us this morning and give us some good insight on what to expect in the car and what to look out for.

“It’s just all those little one percenters can go a long way in our game, especially with the field being so close.

“So hopefully we can put that learning to good effect today and we can get the most out of it.”

The car ran in its full Red Bull Holden Racing team livery, albeit under Hazelwood’s customary #35, throughout the test day.

Hazelwood admitted that seeing the car in its factory livery added further meaning to the pedigree of the chassis he will race next year.

“It’s quite cool. Obviously to see it here all stickered up, I suppose it puts a different meaning on what this car actually has achieved and I think it creates an exciting vibe for the whole team here as well realising what we’re signing up for,” he added. 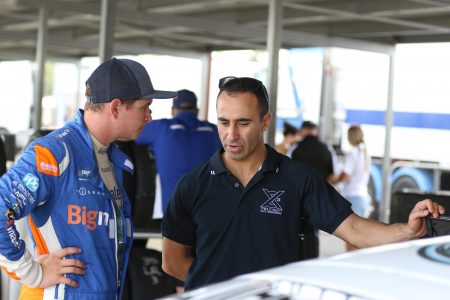 Although he has built a connection with the car, Whincup was happy to help its new owner settle in.

“I did five laps in the car and it felt exactly as it did at Newcastle which is great but at the same time it was a great opportunity to help out Matt Stone Racing and in particular Todd,” Whincup told Speedcafe.com.

“He has got some data to work with and I’m looking forward to working more closely with Todd and MSR to make them more competitive.

“Of course I’ve got a connection with that car but I look forward to jumping in a brand newie next season and trying to get some stickers on the door.”

Speaking after several runs in the car Hazelwood has already identified some of the car’s key differences compared to the previous model.

“There’s a few subtle changes that are quite notable. Obviously the aero is probably the biggest thing for me at the moment,” said Hazelwood.

“Even though it’s only Queensland Raceway, it’s not a highly aero dependent circuit, it’s pretty noticeable straight away where the differences are. It’s all very positive.”