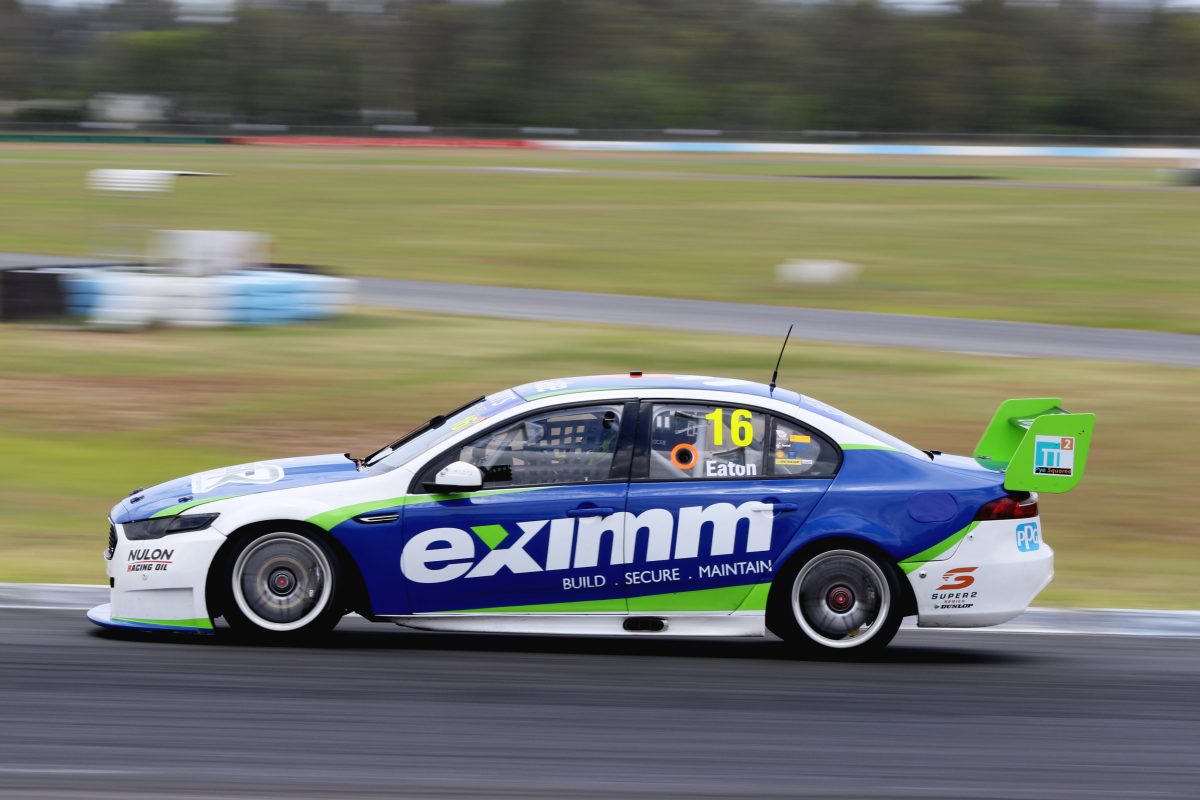 Abbie Eaton has revealed intentions to progress to Supercars within three years as part of a plan to forge a touring car career in Australia.

The British racing driver has headed to Australia in pursuit of a Super2 program for next year which has seen the 26-year-old test for Walkinshaw Andretti United before teaming up with Matt Stone Racing today at Queensland Raceway.

Eaton, who races in GT machinery in Europe, jumped aboard a Super2 Falcon FGX at the Ipswich circuit for only her second on track outing in a Supercar.

The Super2 hopeful was assisted by former Supercars full-timer Ash Walsh, acting as a driver coach for the team on the day.

Famous for her role as the test driver on hit television show The Grand Tour, Eaton is serious about building a Supercars career outlining a plan to complete two seasons of Super2, before hopefully trying to move into the main game.

“I think it is the most sensible route to do; I’m not one of these people that wants to jump straight in and make a fool of myself,” Eaton told Speedcafe.com.

“To be able to do a learning year first and then progress and hunt for the championship in the second year and if that happens move up into the main game in year three.

“I want to do people justice and as you will have noticed there is a lot of media attention around females trying to race in high level championships.

“I’m getting quicker each time (I go out on track) and I’m just working on technique.

“I’ve been working on the braking technique which is what we were doing at Winton and just fine tuning.”

Eaton and her Australian management group of former racer Peter Doulman and Jo Gardner are working hard to secure a drive in Super2 next year.

Walkinshaw Andretti United has already indicated that it intends to investigate a possible program for the Brit, while Gold Coast security firm Eximm has backed Eaton’s test with Matt Stone Racing.

“We are still working hard and the team are pretty much flat out talking to everyone and speaking to potential sponsors,” added Eaton.

“I think the hype that is building is positive and I have to say thanks for the teams who have been so welcoming.

“The start of the season is only a couple of months away now so we’ll see.”

While pleased by the progress in fine tuning the technique to drive Supercars, Eaton has been seeking guidance which has included a stint at Norwell Motorplex with Paul Morris in the lead up to the test.

“I’m a bit of a sponge while I’m out here; I’m just absorbing every piece of information from anyone I can talk to. That is ultimately going to help me,” she said.