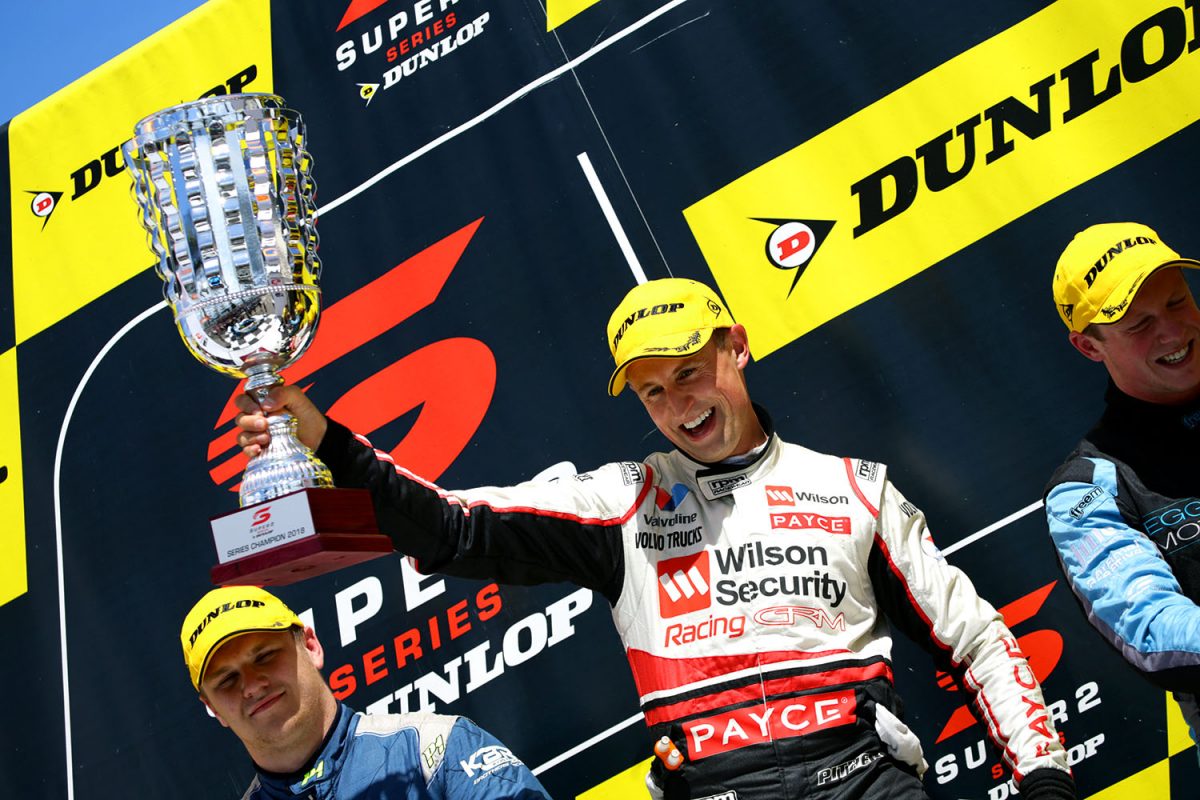 Despite winning the Dunlop Super2 Series with Garry Rogers Motorsport this year Chris Pither is currently without a drive for 2019.

The New Zealander wrapped up the title on the streets of Newcastle but last week the team confirmed it would field Mason Barbera and Dylan O’Keeffe next season.

That leaves the newly crowned champion without a drive with the outfit for Super2 heading into the new year.

“At the end of the day, I understand how the business works and it costs a lot to run the cars and losing that sponsor (Wilson Security) has hurt, so it is disappointing,” Pither told Speedcafe.com.

“If you manage to win what is the second tier Supercar championship you’d love to be able to continue on at least in that championship, if not progress into the main series.”

With both Barbera and O’Keeffe announced last week, Pither believes the door at GRM to now be closed, even if he does manage to put a program together.

“My understanding is it’s a two-car team at the end of the day and I think, with everyone there and Mason, if he’s continuing on as well, then I think that that will be all sewn up.

“If they are both in the seat next year, I don’t think there’ll be any options there.”

Although he may not be with the team in Super2 next season, Pither expects to remain part of the Pirtek Enduro Cup squad, which this year saw him drive alongside Garth Tander.

“I think the enduro cup went pretty well for myself and driving with Garth as awesome,” he added.

“As a driver, he never stopped learning and to be driving along some of his experience was great and I think we finished every race in the top 10 and it all seemed to go pretty smoothly and I enjoyed being there, obviously, and at this point I think we’ll just continue on as is but, we should get that clarified.

“It went well this year and I don’t see any reason for anything to change so that’s something to look forward to.

“Obviously, it’s only three races but it’s three of the biggest events of the year and it’s the same position I was in in 2017 so I can always look forward to the enduros and get a bit of a fix, but off the back of a year doing a full-time series, it was really enjoyable being a car more regularly.”

The 32-year-old is weighing up all his options, including moves to series outside of the traditional Supercars structure, in an effort to ensure he’s in a car for 2019.

“This season did tick a lot of boxes for me and winning the Super2 championship was something I’d been working at for a fairly long time and to win that is a big ticket.

“I’d like to keep pushing and if I could make that step up into the main series and have a proper go at it would be good.

“I had dabbled in it in 2016, but, the unfortunate circumstance of losing our team owner to cancer, it sort of jeopardised the back end of the year and obviously continuing on.

“For me, I’ve still got that desire to try and get in some championship at some point if I could and I’d love to do that.

“I think, with my experience here now, I now you need at least that second year, ideally the third year as well to really be able to fully reach your potential, and if I could find an opportunity to do that I’d grab it but at this point nothing is clear and Dunlop Series is an option.

“Racing has been the passion of my life and I’ve done it for a long time now but I’ve gotta make a living as well and find something that works for me to make ends meet,” he added.

“I don’t mind what I race but Supercars has always been the focus and that’s where my focus is still is but I’m open to all avenues.

“I just wanna try make a career out of it and I’ve sort of being doing that but I want that to obviously continue next year.”

Pither edged out Paul Dumbrell, whose own future is unclear, to the Super2 Series title by 59 points as he delivered GRM its first Supercars championship.