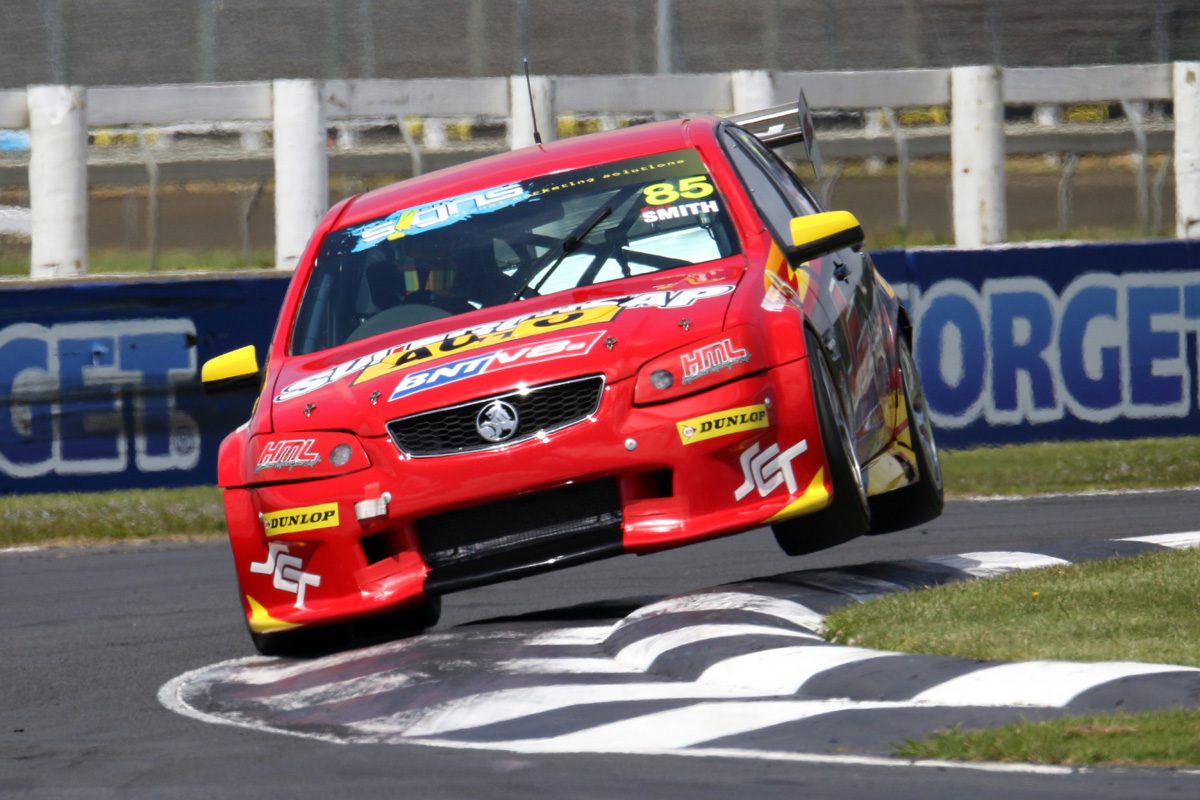 Jack Smith has left the second round of the BNT V8s Championship at Pukekohe in New Zealand leading the series.

The Australian won the opening race of the weekend on Saturday before again tasting victory on Sunday.

Second place in the final race was enough for the Holden Commodore driver to take out the round, and hold the points advantage after the second weekend of the campaign.

“Great weekend. At the first round here last month, we didn’t exactly struggle but we didn’t put it all together. This weekend we’ve gone close to maximum points,” said Smith.

“I had bit of a shocking start in that last race and let Nick get away and into the lead and onto the win. But the championship lead was what we’re after and we got it. It’s been a good weekend.

“The car has been good all weekend, we haven’t changed it much at all. My guys Luke and Aaron have done a really good job tuning it up.

“Really looking forward to getting down to Highlands in Cromwell in the new year, a new circuit for not only me but a lot of the others drivers, so it should be a good leveler.”

Smith finished ahead of team-mate Lance Hughes who claimed a brace of second places and a third, while Nick Ross improved all weekend to claim the final win of the weekend en route to third for the round in Class One.

The Class Two round went to Justin Ashwell who battled with Matt Podjursky throughout the weekend.

Exchanging fastest laps during all three races, Ashwell emerged on top courtesy of two class wins and a second versus Podjursky’s two seconds and a first.

Round three of the series will be held at Highlands Motorsport Park on New Zealand’s south island on January 12-13.