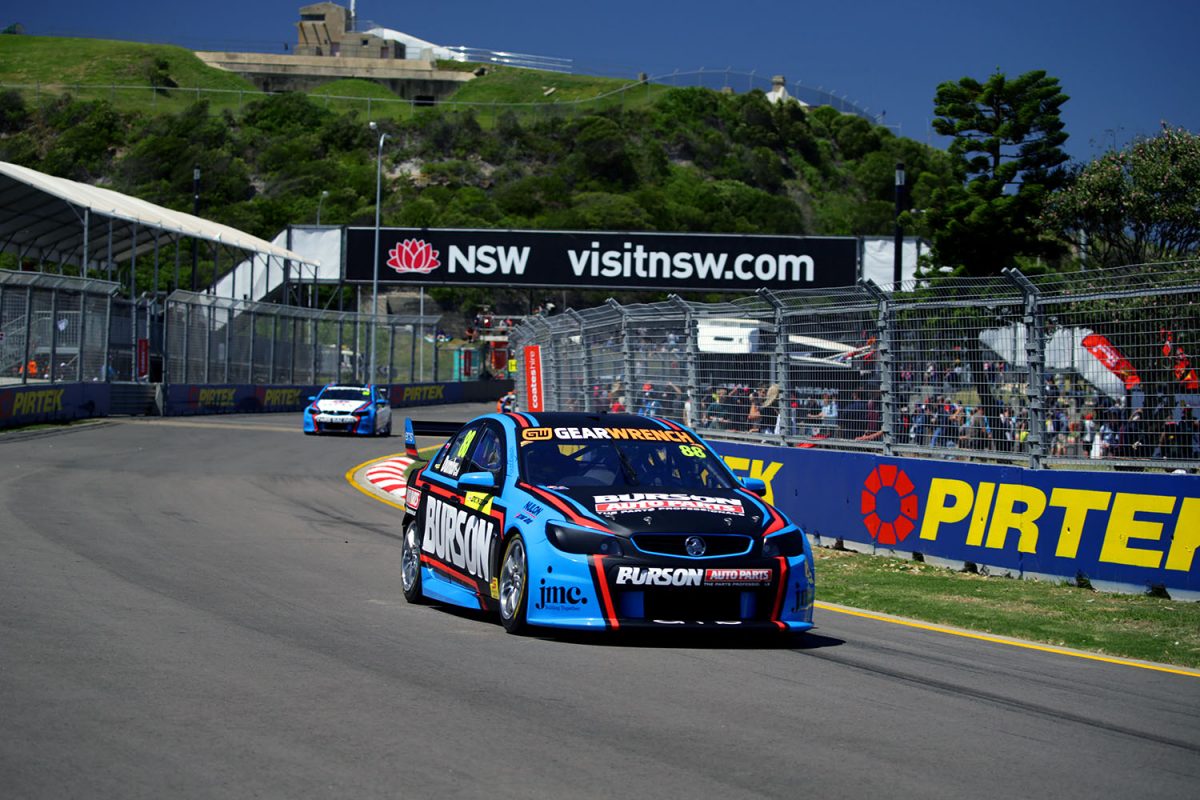 Paul Dumbrell is expected to continue his involvement with Eggleston Motorsport regardless of his driving future in the Dunlop Super2 Series or Pirtek Enduro Cup.

Dumbrell’s place in Triple Eight Race Engineering’s enduro line-up remains an unanswered question as the Holden team slims down to two cars, with one of those co-driver spots already taken by Craig Lowndes.

The 36-year-old hinted at retirement after crashing out of the subsequently called-off Gold Coast 600 race, and did not give any indication as to Super2 plans during the last round in Newcastle.

Rachael Eggleston, team owner/manager of the Super2 team with which Dumbrell has driven since 2014, confirmed that there had been no word yet on whether he will be on the grid next year.

She is confident, however, that two-time Super2 Series winner will continue to contribute to Eggleston Motorsport (EMS) in some capacity.

“He’s been driving with us for five years and it tends to be same every year where it’s fairly last minute about what he intends to do,” Eggleston told Speedcafe.com.

“It will probably have something to do with whether he co-drives or not, which is obviously not resolved either, so it’s kind of all tied in to one.

“I’m sure if he decides not to drive again next year, he’ll definitely still be around and do some test days and bits and pieces.

The driver most likely to benefit from Dumbrell’s ongoing involvement is rising star Will Brown, who is expected to stay at EMS for a third season in Super2.

“He definitely is a help, (with) the experience that he’s got,” said Brown of Dumbrell.

“He has got a lot of experience and us young guys probably don’t understand the car as much as him.

“But Paul, even if he leaves (as a driver), he’s not going to be gone.

“He’ll be there at test days, he’ll be cruising around, he’ll be helping out the team.”

Brown had a tough 2018 season in the second tier but enjoyed an impressive Pirtek Enduro Cup debut, Gold Coast crash notwithstanding.

The 20-year-old finished on the podium in the Newcastle Super2 round, lifting him to sixth in the standings at year-end.

When asked to assess his Super2 season, Brown said, “Not great, that’s about it. It hasn’t been ideal, but that’s how it is.

“The second year, I think, is always nearly tougher, to tell you the truth, but we have worked on it all year and had our good rounds and bad rounds.

“I think next year I’ll hopefully be doing Super2 again and we can fight for the title.”

Erebus Motorsport recently confirmed that it has re-signed Brown and Luke Youlden for next year’s Pirtek Enduro Cup.