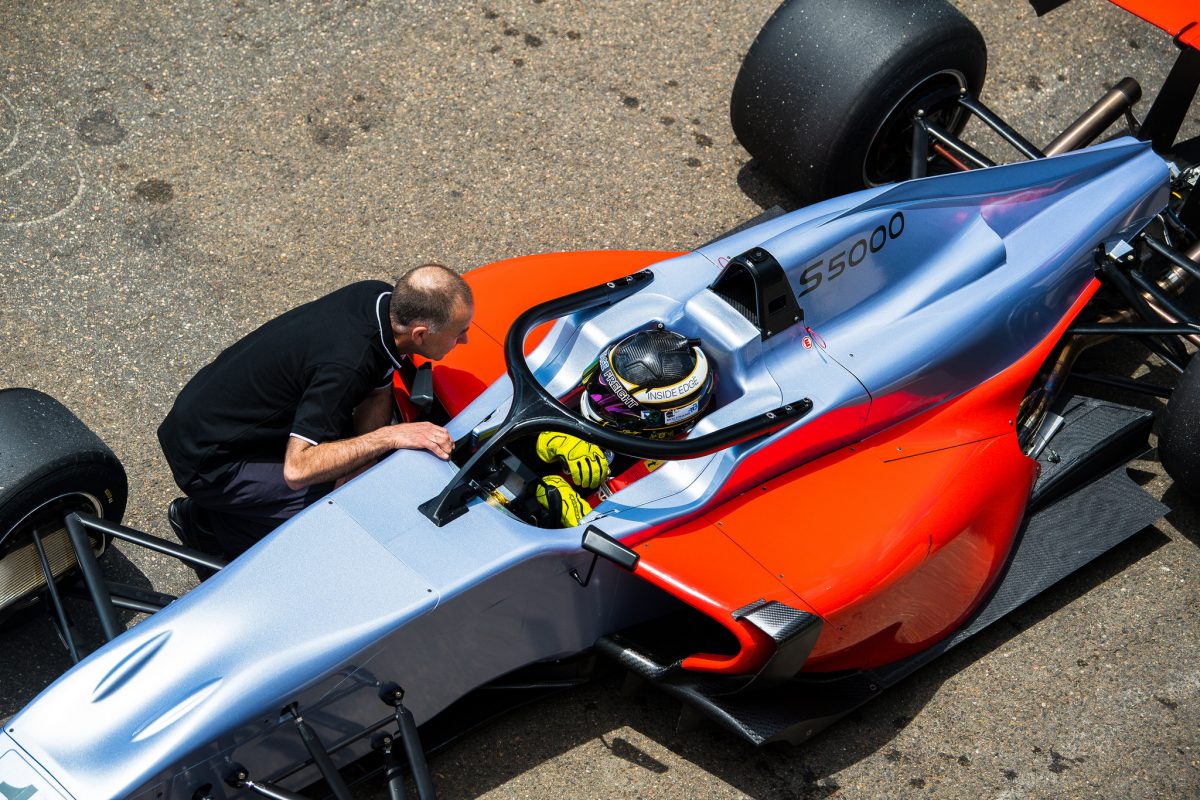 S5000 single seaters will be built by Garry Rogers Motorsport

S5000 has struck a technical alliance with Supercars squad Garry Rogers Motorsport which will see the organisation build the first batch of cars that will debut next year.

The Melbourne squad, run by father and son Garry and Barry Rogers, will provide technical support for the all-new single seater category that is set to contest a six-round series on the Shannons Nationals calendar.

Growing interest in the series has seen organisers push the button on its first batch order, with GRM set to take delivery of 13 chassis from Onroak-Ligier in America early next year.

The 36-strong GRM workforce will be in charge of the significant engineering, fabrication and composite construction required to ensure the series kicks off next year.

Speedcafe.com understands that there is serious interest in 10 cars already.

The deal between promoters Australian Racing Group (ARG) and GRM will the see the outfit effectively become the official agent for the V8-powered S5000 single seaters, with prospective competitors to be directed to the team.

“We’ve taken on the opportunity to get these S5000 cars built, completed and ready to go for 2019,” said Garry Rogers.

“I have no doubt that we have the workforce to be able to do this.

“This is a serious open wheeler racing category. This new S5000 car will be safer, stronger, more durable and the reliability factor will be enormous compared to what they used to be.

“Back in the 70s, Formula 5000, with flames and sparks, provided very exciting racing. With S5000, I have no doubt that Australia has a real chance here. The rest of the world is toning down on motorsport, and we need to tone up.

“These cars will tone up and give Australian motorsport fans a really exciting spectacle. The first batch of S5000 chassis at Onoroak-Ligier

“Our fabrication department will be put under the pump but, because we’re not building new Supercars chassis, we believe that it is an achievable job and we’re looking forward to taking it on,” Barry Rogers added.

Borland Racing Developments, which has undertaken the initial design, engineering and construction work on the debut S5000 car, will continue to play a key role in the development of the cars.

The S5000 made its public debut at the Coates Newcastle 500 earlier this month which saw GRM Supercar driver Garth Tander drive the car, which has garnered a positive reaction from fans.

Category manager and S5000 co-founder Chris Lambden sees the alliance with GRM as the next key step for the new series.

“The commitment by Garry, Barry and GRM to the production of S5000 cars is a fantastic vote of confidence by them in the formula and the CAMS Australian S5000 Championship,” said Lambden.

“The facility and personnel available at GRM will be a big boost to the production process, following on from the design and development of the car, overseen by Michael Borland, who will still be involved in a consultancy role.

“Following the successful launch, the recent demo runs with the first car and the reaction to it, this is another crucial box ticked in terms of delivering what we expect will be a super addition to the Australian and New Zealand motorsport scene.

“Production of the first batch of S5000 cars is now under way and 2019 is looking pretty exciting.”

The inaugural S5000 round will take place at Sydney Motorsport Park from May 17-19.