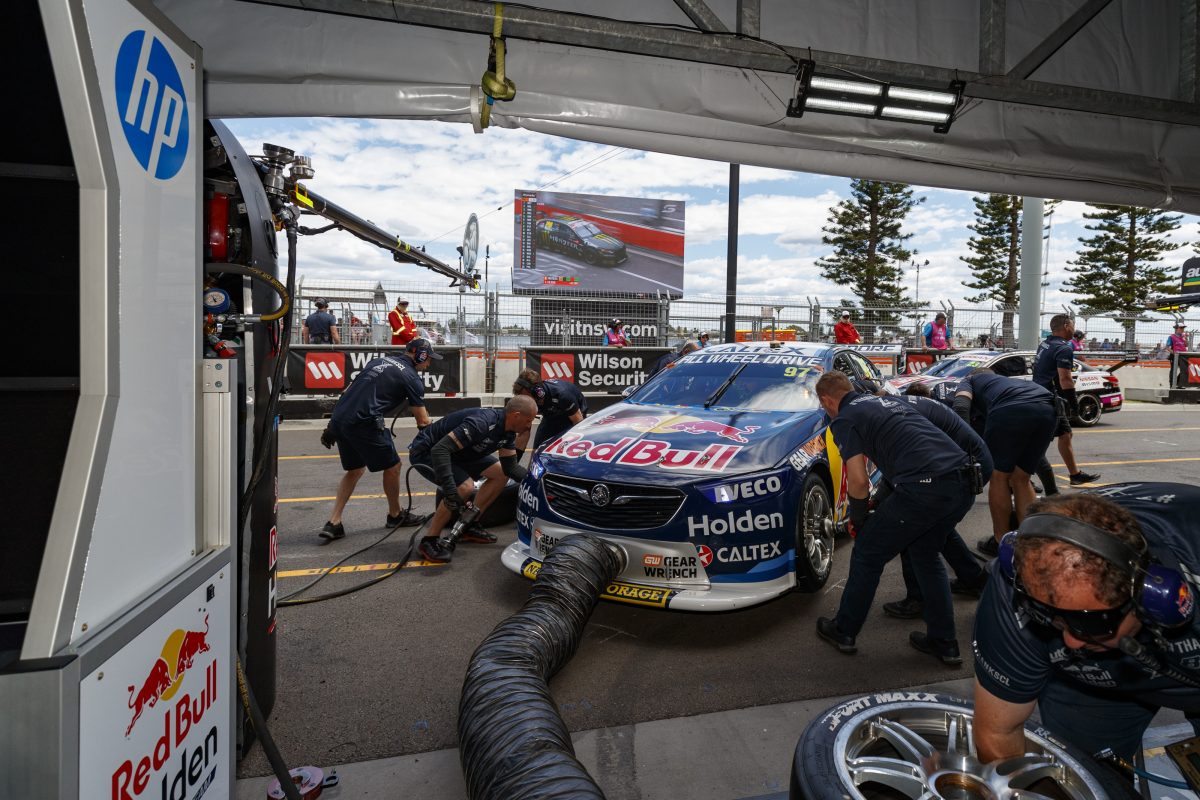 Triple Eight will work to improve its pit stop procedures

Triple Eight team manager Mark Dutton says there is no conspiracy surrounding the amount of pit stop infringements the squad received this season but will investigate methods to eliminate mistakes.

Pit stops have proved costly for the factory Holden squad this year highlighted by several mistakes that have been either penalised or caught the stewards’ attention.

The most high profile was a breach of the refuelling rules in the penultimate race of the season that saw title contender Shane van Gisbergen stripped of his victory after receiving a 25 second post-race penalty.

While van Gisbergen was unable to beat Scott McLaughlin in the final race, the team felt the sanction affected its motivation with the former describing the penalty as ‘shit’.

That incident aside, the team was brought into question at Pukekohe when it escaped penalty for spinning wheels during a pit stop for van Gisbergen, which led to post-race investigation and a failed protest from Shell V-Power Racing.

Dutton has hosed down suggestions that the squad is scrutinised more closely while rubbishing talk of a conspiracy against the operation.

“I don’t know, I think there’s cameras on lots of people,” said Dutton when asked if he felt the team’s pits stops are investigated more thoroughly than others.

“Yes, we’ve got cameras on us more often, but that’s complimentary, it’s because we’re up the front fighting.

“It’s because we are successful and people are interested in seeing what we do.

“It’s a double-edged sword. You take the exposure that’s good for the team and, unfortunately, if you’re on TV more often and do a little mistake it will get seen.

“I don’t think there’s any conspiracy theory whatsoever, we’ve just got cars that people are interested in seeing.”

However, Dutton does admit that pit stops are an area where improvements can be made to address some of the mistakes that have emerged this year.

“We need to have a look and see, were we pushing ourselves and the limit too far?,” he added.

“Whether we support or don’t support some of the decisions that were made, that they had the opportunity to be made led from things that we had done.

“We need to definitely be honest with ourselves and review them all.

“We do, but when you’re in the midst of a season, it sometimes is a bit harder to actually stop and totally reflect.

“We need to look and say ‘ok, are we pushing ourselves a little bit hard?’ and part of that is just analysing your competition.

“When you review and look at other people’s stops, you say ‘are they not pushing as hard, or just not making the mistakes?’.

“To be honest I don’t have those answers, but we’re definitely going to find them.

“Once you find those answers you decide which way to go.

“If you’re the only ones making mistakes and everyone is pushing that hard, then you’ve got to say ‘that’s the level we’ve got to be at and we’ve got to make sure nothing happens’.

“Vice-versa if we’re pushing harder than everyone else, at some stage you might say we need to wind it back a tenth or two.

“As I say I don’t have those answers yet, but we’ll find them.”

While the team missed out on the drivers’ championship, the campaign netted its ninth Supercars teams title, which will see the outfit reclaim the first two garages in pit lane for 2019.