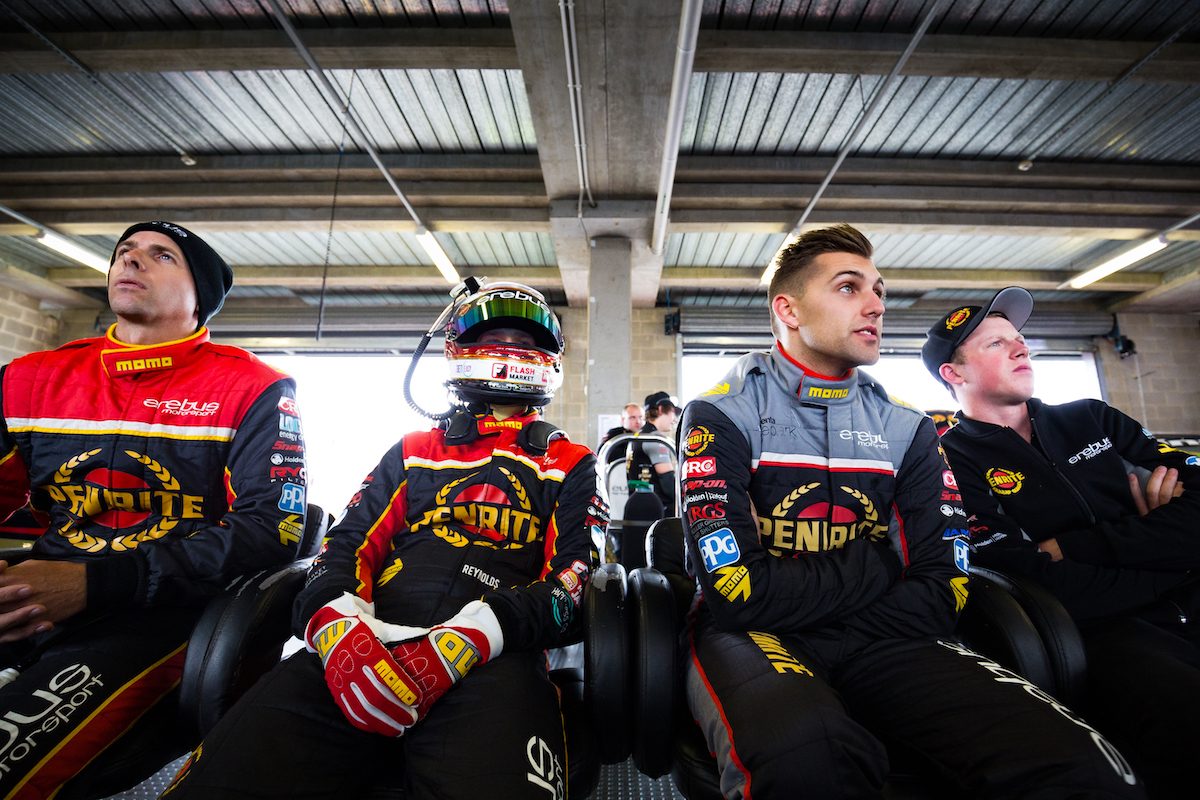 Erebus Motorsport will retain its enduro drivers Luke Youlden and Will Brown for next year’s Pirtek Enduro Cup campaign.

All four drivers will be in action today as the team completes its final test day of the season at Winton, where they join Walkinshaw Andretti United, which plans to test British racing driver Abbie Eaton and Porsche Carrera Cup Australia champion Jaxon Evans.

Erebus general manager Barry Ryan has hinted that there could be changes to the team’s package for next season with a list of components to trial across its four drivers.

The outfit enjoyed its most successful year to date, finishing fourth in the teams’ standings.

Today the outfit will run one of itsMercedes E63 AMG Supercars to evaluate a possible Super2 or wildcard return for the car.

“We have one more test up our sleeve and we’re certainly not going to waste it,” said Ryan.

“There could be some changes coming and with the extra test we want to get ahead of the game.

“We have a long list of components to test for next season and having our co-drivers already locked away, means we can give them extra laps.”

Looking ahead to another Pirtek Enduro Cup campaign at the team, Youlden says he has some unfinished business after both he and Reynolds came close to claiming back-to-back Bathurst 1000 wins.

A bout of leg cramps affected Reynolds late in the race which ultimately saw the #9 car surrender the lead.

“It’s absolutely awesome to be back, Erebus are the team to be with and I can’t imagine myself being anywhere else,” said Youlden.

“We have some unfinished business after Bathurst and I want to make sure we complete what we set out to do.

“The whole team are already better prepared for next season and we’re looking forward to the challenge.”

Meanwhile, in their first season as a pairing, De Pasquale and Brown finished a best of 12th at Sandown but led Sunday’s Gold Coast race before it was abandoned.

“We had a great first season together and it’s one I definitely want to build on next year,” said Brown.

“Locking it away this early means we know exactly what we’re doing and where we’re heading.

“To be able to test this early as well and get another day of running is a really big benefit and I think it will show next season.”

Erebus is expected to launch its 2019 campaign in the coming weeks, which will include new branding on both ZB Commodores.