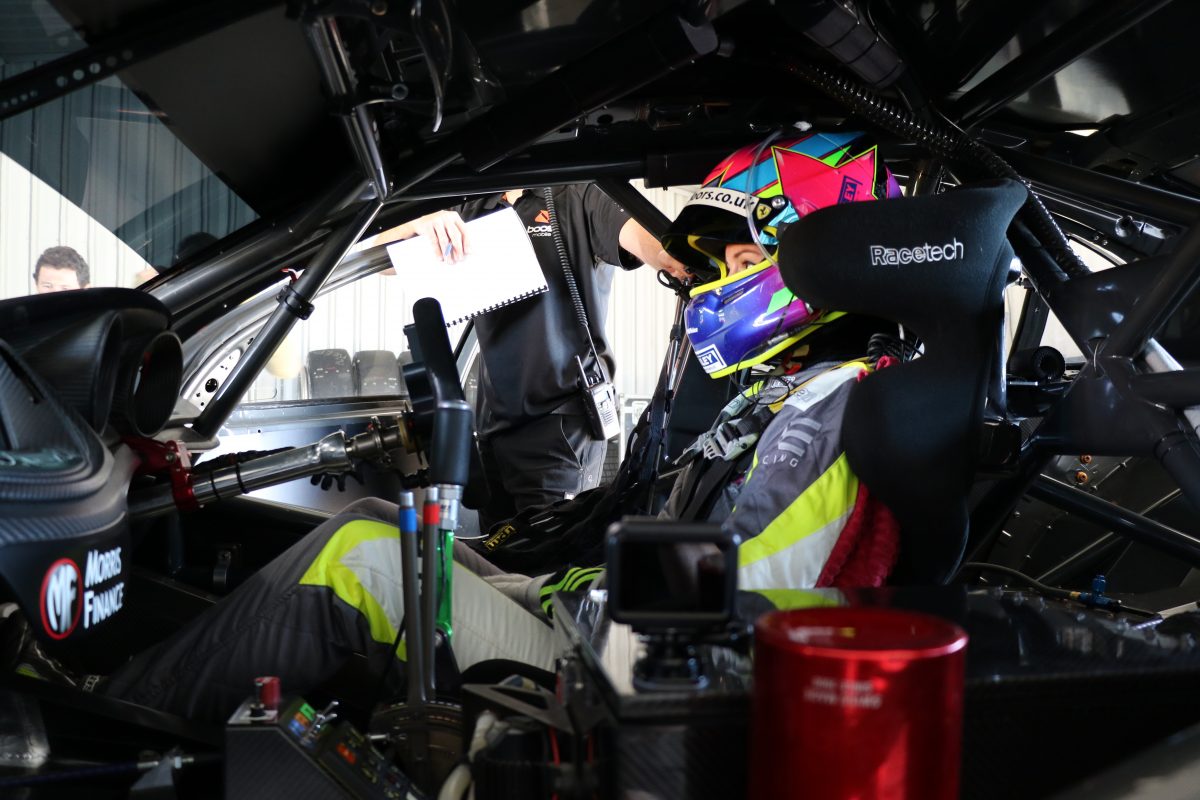 The pair teamed up with Walkinshaw Andretti United for an evaluation day behind the wheel of a Super2 specification VF Commodore, where they logged approximately 120 laps combined at the Victorian circuit.

Today’s outing is the first in a series of Supercars tests for The Grand Tour test driver Eaton as she bids to secure a Super2 program for 2019.

The 26-year-old headed to Australia last month on a trip that included a visit to the Supercars Coates Hire Newcastle 500 season finale where she met with several teams.

Among the outfits she met was WAU and Matt Stone Racing, the latter has offered the Brit a test in a Super2 FGX Falcon at Queensland Raceway next week.

“Of course it lived up to expectations,” Eaton told Speedcafe.com.

“It was brilliant and jumping out in that first session there was a bit of an unknown, but from the first corner I knew it was going to brilliant and I just worked through it as the day went on.

“You know when you have done something wrong and something well, which is a nice characteristic to have.

“It felt quite comfortable and I felt at home straight away, the only thing I had to work on through the day was the braking technique and part of that is just learning the track. 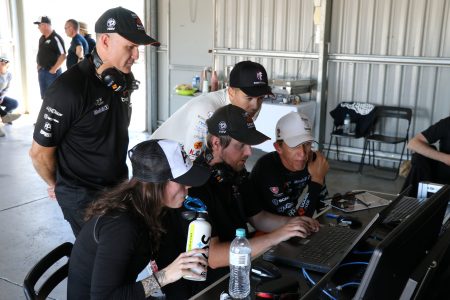 Eaton (left) and Evans look over the data at Winton

“As the day went on I got more confident with that, and in my head if I get better each time I go out, then that is good. It wasn’t too shabby time wise.

“The team were brilliant and I had really good support from them. Rob Starr, my engineer for the day, was mega to work with.”

Meanwhile, Evans’ maiden run out in a Supercar arrives after a standout season for the Kiwi that saw him lift the Carrera Cup title, before winning the Porsche Motorsport Junior Program shootout in France.

The young Kiwi is now set to compete in the Porsche Supercup next season following in the footsteps Australian and fellow McElrea Racing graduate Matt Campbell.

Super2 had emerged as a potential option for the 22-year-old next season if the Porsche Junior shootout was unsuccessful.

“It was pretty cool to tick off the list of things I’ve wanted to do,” Evans told Speedcafe.com.

“I’ve never driven one before but they are certainly very different to what I have driven before considering I’ve driven GT and Carrera Cup cars.

“They require a different technique so you have to learn and adapt to them but it was very enjoyable.

“The last month has been very exciting for me not only winning the Carrera Cup title, but receiving the phone call from Porsche to tell me I was their junior.

“But to drive a Supercar is something I’ve always wanted to do and see what the big fuss is about.

“It is certainly an achievement.”

Evans will now fly to Germany for Porsche’s night of champions presentation. 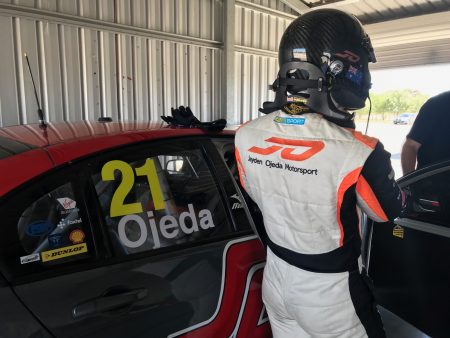 The duo were joined on track by Erebus Motorsport who fielded its pair of ZB Commodores and a Mercedes E63 Supercar for its final test day of the season.

The quartet sampled Commodores driven by Macauley Jones and Zane Goddard in Super2 this year.

“Pretty unreal to put the foot down in the Supercar today, it’s got a lot more power than what I’m used to,” said Ojeda.

“The perspective of looking out, having a roof, all of that is a new experience for me.”

“The team are like a community, it was relaxing and very welcoming, I felt very comfortable doing my first laps in a Supercar, added Herne.

“To muscle a Supercar around Winton is awesome, it’s a difficult track and makes you work as a driver. It’s amazing to drive a car with this amount of grip.”