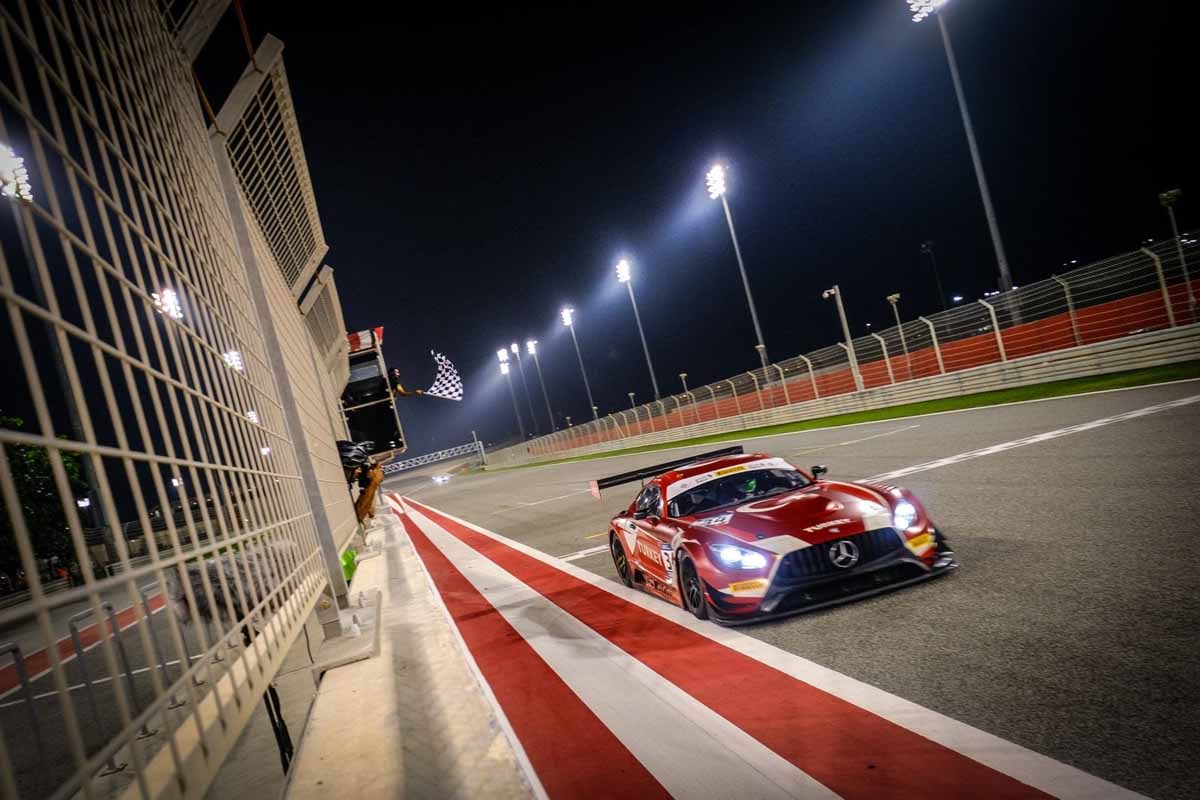 Turkey has claimed victory in the inaugural FIA GT Nations Cup in Bahrain in a race that saw the Australian entry eliminated at the opening corner.

Ayhancan Guven and Salih Yoluc steered a Mercedes-AMG GT3 to win a race from a pair of Ferrari 488 GT3s representing the United Kingdom and Denmark.

An incident on the approach the opening corner of the race saw the Belgian entered Audi R8 LMS slide across the circuit in front of the leaders, triggering an incident further in the pack and ultimately the Safety Car.

The clash on approach to the first corner for the Belgian entry caught out both Australia, represented by Stephen and Brenton Grove, and Belarus, the pair making contact to become immediate retirements without a lap completed.

Further around the lap France, Argentina, and Germany all had incidents with the latter also eliminated from proceedings while the Argentinian entry would pick up 40 seconds worth of penalties during the race. 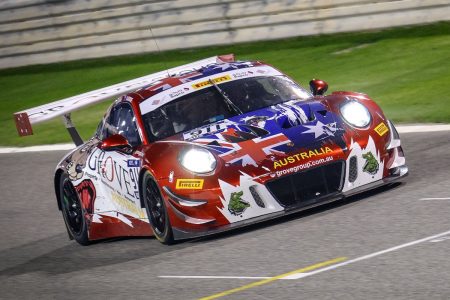 The Team Australia entry was eliminated at the opening corner

“It’s such a shame that the Main Race ended before it had really begun,” said Stephen Grove.

“All weekend the team had done a great job with the car and our strategy was really good.

“I think we were in for a great result. Obviously there was a lot of carnage in the race and unfortunately, we weren’t able to avoid it.

“However, the whole event was a great experience and driving with Brenton once again was something special.”

Brenton added: “Driving with dad was such an amazing thing to do. Obviously, the result didn’t end up the way we wanted it to, but we worked so well together and were a very competitive pairing.

“From our side, there’s definitely an element of unfinished business so we are hoping we can get the blessing from CAMS to come back again next year and put our best foot forward.”

Once the race restarted Yoluc headed the field in the Turkish entry, banging wheels with Christopher Froggatt as the UK driver moved into the lead before extending a sizable advantage.

Turkey slipped another spot as Russia edged through before mid-race pit stops.

Once Guven was installed in place of Yoluc he quickly chased down and passed the Russian entered Ferrari before dispatching race leader Christopher Buncombe in the final 10 minutes of the 60 minute race.

It saw the Turkish entry home by 3.3 seconds over the UK while Russia fell behind Denmark which rose from 15th to third courtesy of a late charge.