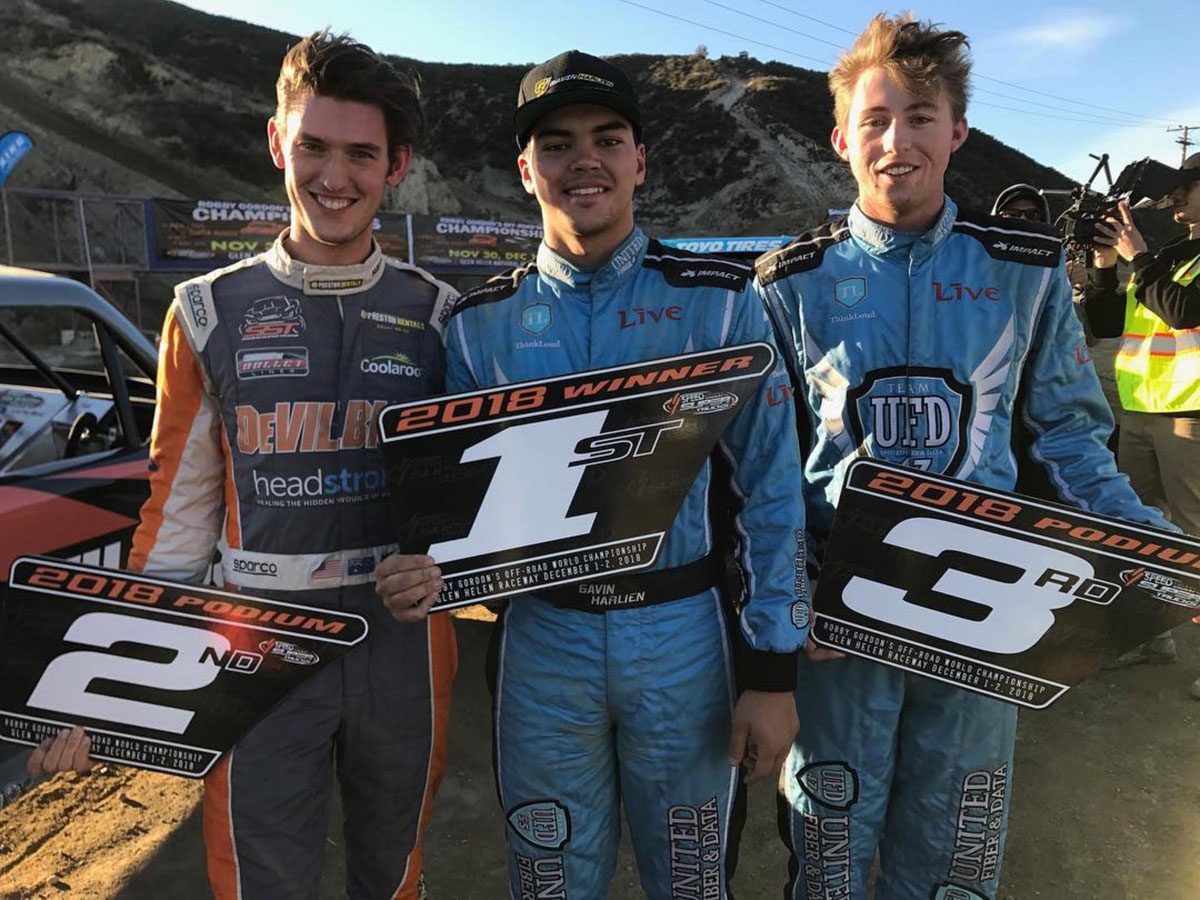 Matt Brabham has extended his advantage at the top of the Stadium Super Trucks standings after taking out second for the round at Glen Helen.

Brabham finished second in both of the weekend’s two races to leave him on the precipice of claiming the title.

Contact on the opening lap of Race 2 saw Hoffman and Gavin Harlien locked together, forcing the race to be suspended and restarted as the pair were split.

When the race was restarted Brabham circulated mid-pack before picking up places in the closing stages.

Blade Hildebrand was poised to take his maiden race win only to spin with a lap remaining, handing the advantage to Harlien and Brabham, who’d worked his way forwards.

Harlien then resisted Brabham’s advances to the flag to keep the championship alive for the moment.

“It’s so good to be back on the podium in dirt races, it’s unfamiliar territory for me,” said Brabham.

“We survived the race and the last ones standing are the ones on the podium.

“It was pretty cool, the last lap Gavin and I going for the championship and we’re the last two left pretty much on the track going for it. So it was pretty special.”

The series is set to continue with planning currently underway for an additional event that would become the season finale, details of which are yet to be confirmed.