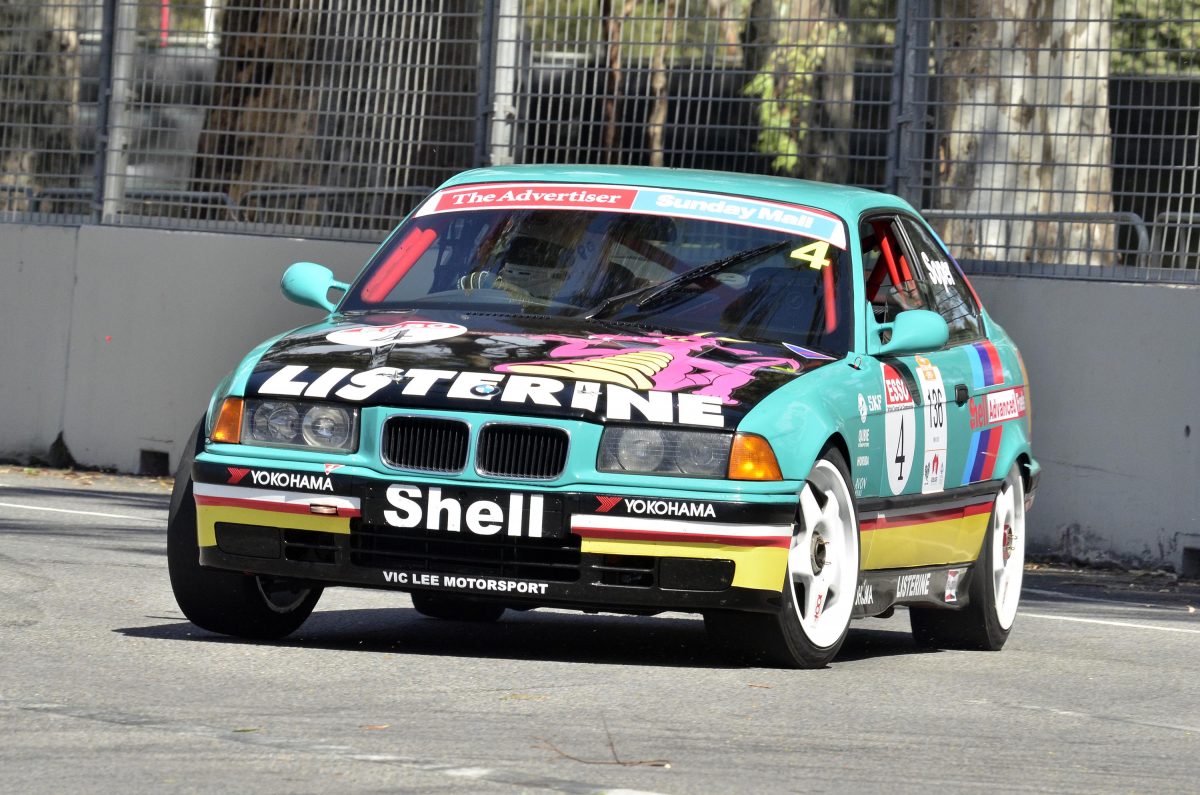 One of the cars that put the British Touring Car Championship on the map has returned to the track at the Adelaide Motorsport Festival.

A restored Vic Lee Motorsport BMW E36 that took Tim Harvey to his only BTCC title in 1992 has logged laps at the Adelaide event, 26 years on from playing a role in the championship’s most controversial title decider in its 60 year history.

It is car that made Harvey and team-mate Steve Soper household names in the UK purely because of one race at Silverstone.

The chassis was actually raced by Soper for all bar the final round of the 1992 BTCC season which saw Harvey take over the rig.

Harvey, Vauxhall’s John Cleland and Toyota’s Will Hoy were all vying for the title, with Cleland in the box seat heading into the final round.

However, fireworks flew in the race as Harvey’s team-mate Soper was spun early which sparked a furious drive through the field in his heavily damaged BMW.

While out of championship contention he came to Harvey’s aid who was fighting Cleland and Hoy in the battle for fourth in the race, but the more importantly the title.

On the penultimate lap Soper muscled his way past Cleland which angered the Scotsman.

Harvey also then managed to squeeze by Cleland at Bridge corner prompting Soper to let him team-mate through to fourth to help his team-mate’s title bid.

It sparked one of the most memorable lines from legendary television commentator Murray Walker, who said, “I’m going for first”, as an angry Cleland was caught by the onboard camera gesticulating wildly.

What followed was a scrap that arguably produced the bedrock for the BTCC’s huge popularity in the mid 1990s and has gone down in folklore. 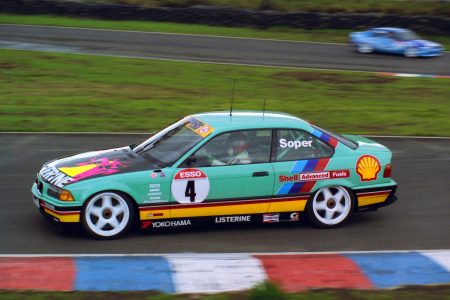 Steve Soper ran the chassis for all but the final round of the 1992 season pic: PSP Images

Cleland dived back underneath Soper at Brooklands which led to contact at Luffield between the pair as Soper reacted, sending the pair out of the race, handing Harvey the title.

The incident produced perhaps the most iconic interviews in BTCC history from a fuming Cleland.

“I just have to say, the man chopped me a couple of times and then takes me straight in to the barriers,” said Cleland at the time on television.

“I mean what are we doing here? Is this stock car racing or is this motorsport?

“He might get away with that in Germany where he might be Mr Superstar. But this is clean – the man is an animal!”

Vic Lee Motorsport and Vauxhall Motorsport protested the incident while both drivers were handed significant fines.

Since that moment the car spent 1993 and 1994 at Team Dynamics, before it headed down under having been purchased by Paul Pickett, who raced the car in the 1995 Australian Super Touring Car Championship.

It was then bought by currently owner Chris Oxley, who is driving the car in Adelaide this weekend, having taken 10 years to restore the car’s engine and paint work. The car is fitted with the original seat used by Soper.

Its Australian owner is fully aware of the car’s memorable moment in 1992 and importance in BTCC history.

“I’ve seen all the videos of that (1992 title decider) moment and It is great (to be apart of that) and it is good to keep cars like this going,” Oxley told Speedcafe.com.

“When I got the car it wasn’t in its original colour so I painted it up and got the sticker kit and rolled that out.

“It is great to drive.

“I go to events like this with it now and I did the Sandown historic last year. This is the first super sprint I have done it but it has been fun.”

According, to the owner its sister car, that was predominantly run by Harvey in 1992 is based in New Zealand.

The BTCC celebrated its 60th anniversary this year.