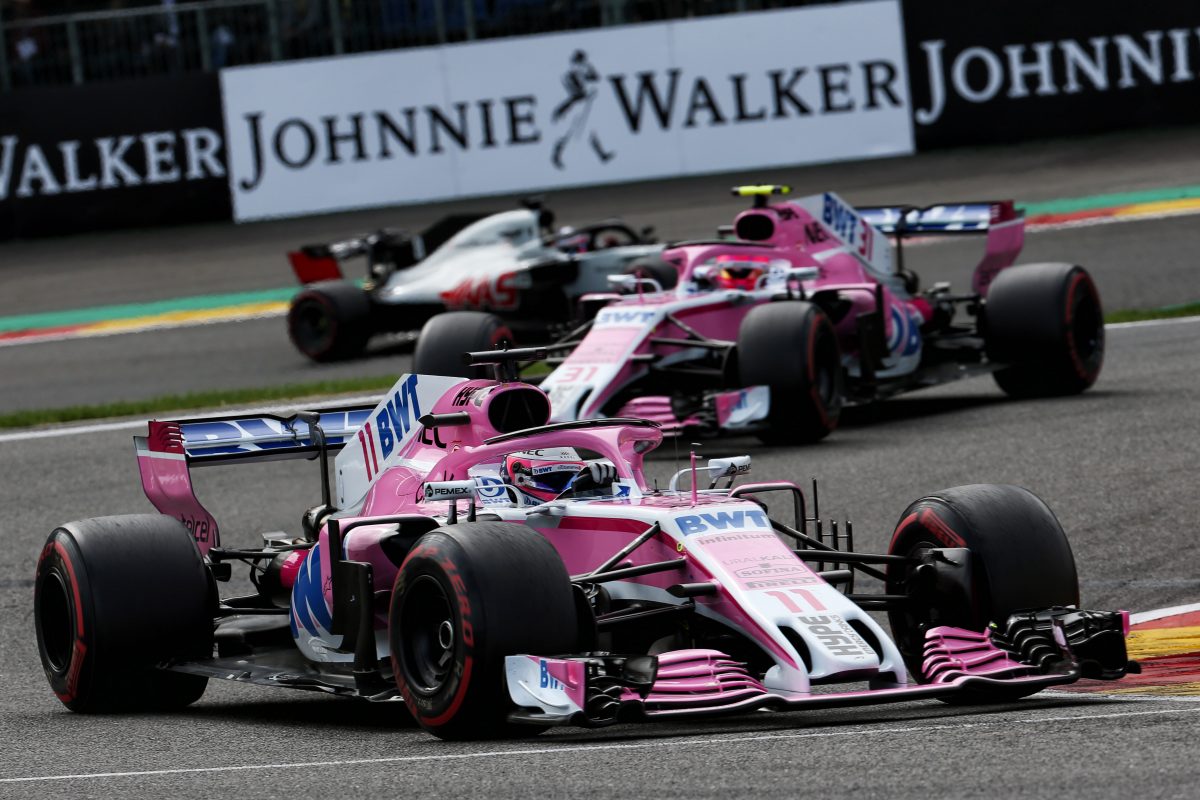 The Racing Point Force India cars in their first round under that identity, in Belgium

The Force India moniker will no longer appear in Formula 1 in 2019, the release of the official FIA entry list reveals.

Force India will, moving forward, be known as ‘Racing Point F1 Team’, ending a run of just over a decade for the former identity.

After the assets of the financially-troubled entity was bought by a Lawrence Stroll-led consortium, new entries were issued on eve of the Belgian Grand Prix.

The process saw the team effectively renamed ‘Racing Point Force India’, owing to a regulatory requirement for the entry to reflect that of the chassis and therefore be considered a constructor.

Force India became so named in 2008, after Indian businessman Vijay Mallya bought the Spyker team, which traced its lineage to Jordan via Midland.

Other notable names changes include those of ‘Scuderia Ferrari Mission Winnow’ and ‘Rich Energy Haas F1 Team’ due to new title sponsorships, while Red Bull Racing’s engines will be badged as Hondas.

Robert Kubica, whose last F1 race pre-dated the system whereby drivers pick their own numbers, has opted for #88.