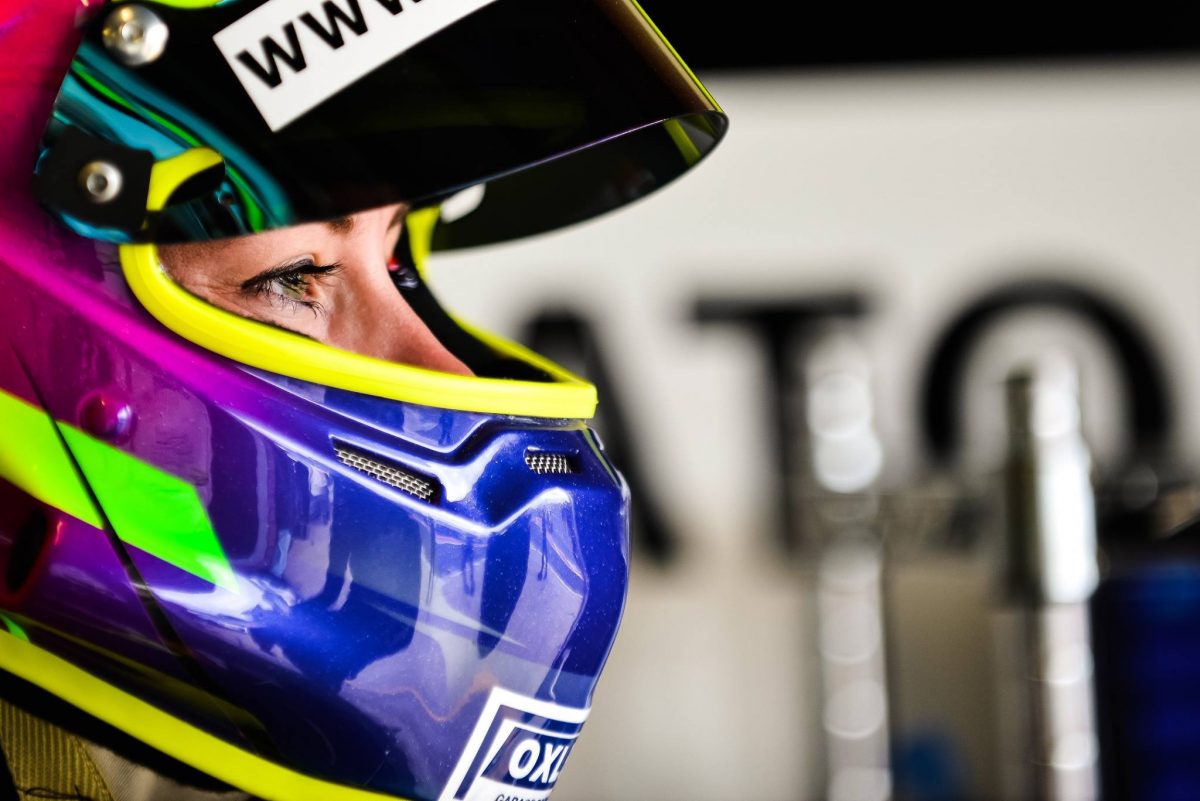 British racing driver Abbie Eaton remains hopeful of a Super2 drive next year after experiencing a Supercars event for the first time in Newcastle.

Eaton, famous for her role as the test driver on hit Amazon Prime motoring show The Grand Tour, has headed to Australia to undertake a series of Supercars tests as she looks to forge a career down under.

A long-term fan of Supercars, last weekend’s trip to the Newcastle 500 presented chance to meet with teams and drivers and see the championship in the flesh.

The 26-year-old is understood to be testing a Supercar for an unnamed team next week ahead of a Super2 test with Matt Stone Racing at Queensland Raceway.

Although it is early days, Eaton says the trip has already affirmed her ambitions to race in Super2.

“Once we get these tests done and out the way we will know a little bit further.

“The fact I’ve got people offering me tests and the support behind me, I am in a good place to be in at this early stage.

“I’’m very excited about the test, I just want to get in and start driving and get stuck in.”

Eaton was impressed by the show Supercars puts on and has been taken aback by the response she has received from fans when touring the championship paddock.

“I’ve watched it on the television, you can see the circus that it is, but being at the event and seeing it, the noise, the atmosphere, it is an incredible set-up,” she added.

“It has reinforced that I want to do this even more.

“I think seeing how much is involved behind he scenes and how passionate every single person is, is nice to see.

“The fans have been great, I’ve had a few people come up to me and say they are excited to see me next year and hope we get racing. It is nice to have the support already being a Pom coming out here to Australia.”

Eaton is expected to remain in Australian until midway through next month as she aims to secure a Super2 drive for next year.

The driver is managed by Australians Peter Doulman and Jo Gardner.