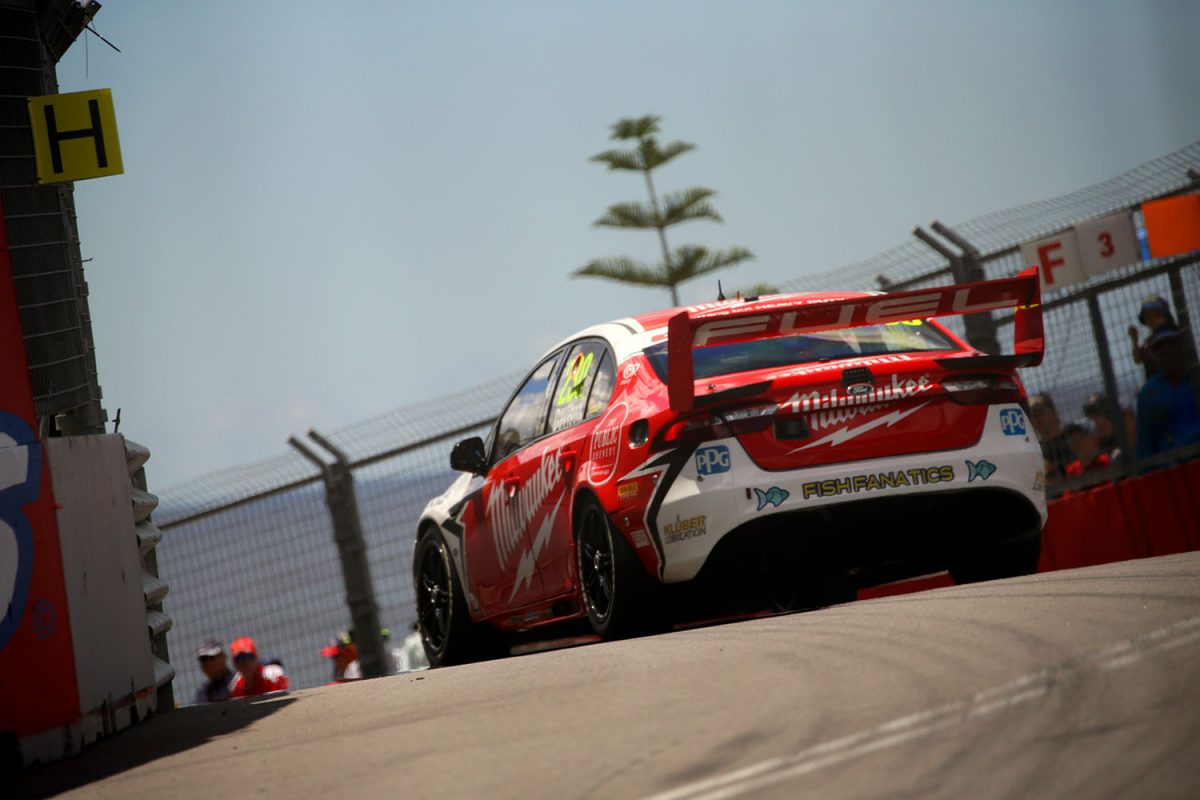 Tickford Racing has confirmed a tie-up with Milwaukee Racing that will see the single car outfit operate out of the Campbellfield stable next year.

As previously reported in October, the arrangement will see Phil Munday move his one car team from his Kilsyth base to Tickford’s operation to effectively take up the fourth car berth.

Tickford has elected to hand back a Racing Entitlements Contract to Supercars in order to allow the move to happen, which will also see Will Davison return to the Ford squad having left the outfit in 2013.

He will drive alongside Chaz Mostert, Cameron Waters and a yet to be confirmed third driver.

“We’ve built a strong relationship with them over the past year, and we expect to continue to build on that as we bring our teams together.

“Phil brings a great energy to the team. He and I have known each other for over 20 years, and he’s been a great supporter of the RNR (Rod Nash Racing) entry over the years.

“We think his involvement will help us get back to the success we’re accustomed to having and we look forward to achieving that success together.”

The move arrives only a year after 23Red Racing was created out of the ashes of Lucas Dumbrell Motorsport, when businessman Munday purchased the REC and controlling stake in the minnow team, before assuming full ownership.

Racing under the Milwaukee Racing banner, which will continue next year, the squad enjoyed a strong debut year as Davison outperformed Tickford at times to finish 15th in the championship.

Munday says his staff will follow him to Tickford while his Kilsyth workshop will remain functional, although its sole purpose will be to produce composites for the new Mustang, that will debut next year.

“As a new team owner, I came into this sport to strive for continuous improvement and establish 23Red Racing in the series,” Munday said,

“But being a single-car team it is extremely challenging to achieve top results. With this in mind, I have decided to join forces with Tickford Racing as a customer to ensure we can continue to grow and achieve higher success.

“Milwaukee and 23Red Racing will still continue to operate as its own entity,” he continued.

“By joining forces with Tickford, we are able to ensure the brand’s success and longevity in 2019 and beyond. We look forward to our new partnership with Tickford Racing and next year’s Ford Mustang.”

Munday believes single car teams will soon be a thing of the past with privateers having to form an alliance with a bigger player to be successful.

Team 18 and Matt Stone Racing are the latest teams to secure technical deals having recently reached agreements with Triple Eight.

“I think there’ll be more teams that do what I’m doing, I think in the next two years, if not next year, where they think this is a great way to move forward and to benefit from the collective that’s in that team. (It’s) very hard on your own, it’s really hard.”

It is expected Davison’s Mustang will run under the #23 instead of #230 next year with the former number relinquished by Nissan Motorsport/Kelly Racing.