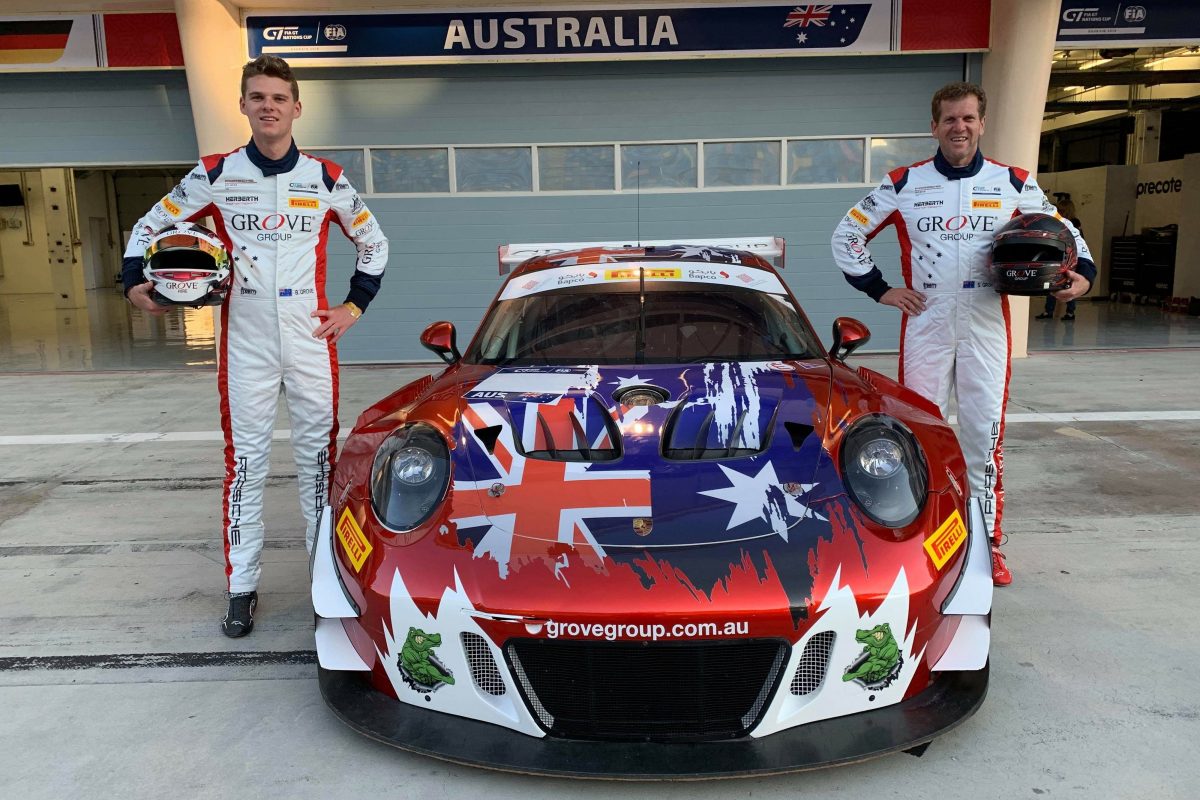 The father-and-son Grove Racing duo has unveiled the Porsche 911 GT3 R with which it will contest this weekend’s inaugural FIA GT Nations Cup in Bahrain.

Stephen and Brenton Grove will represent Australia against 17 other national pairings in a field comprised of seven different makes of car.

While Stephen has multiple class wins in the Liqui-Moly Bathurst 12 Hour to his names, including this year with Brenton, the GT Nations Cup will be their first outing in a GT3 car.

Their 911 is one of two in the field, both of which are prepared by Herberth Motorsport.

“It will be good to get over there and do something a bit different and drive a GT3 car,” said Stephen, who wrapped up a third Carrera Cup Australia class titles for gentleman drivers in October.

“It’s something quite special to pair up with Brenton and represent Australia at a world-class event like the GT Nations Cup.

“While we will be gunning for a good result, it’s also something you’ve got to enjoy and we’ll certainly learn from working with the Herberth Motorsport guys and girls.”

Brenton has spent most of 2018 in a vastly different style of car, having embarked on his rookie season in the Dunlop Super2 Series.

“For us, it will be our first time in a GT3 car so I’m really looking forward to getting behind the wheel and flying the flag for Australia.

“We’ve been doing lots of simulator work in the lead up to the weekend, looking at onboard videos and we’ve also watched previous races there like WEC to get the best gauge of the circuit we can before we arrive.

“I watched some Blancpain GT races as well to better understand what cars have strengths in different areas and also to learn how you attack, pass and where to defend from certain cars.”

The GT Nations Cup has been created by SRO as a companion event for the FIA GT World Cup held at the Macau Grand Prix, with each ASN allowed to nominate one combination comprising a Silver- and a Bronze-rated driver.

Saturday sees the second qualifying race and the hour-long Main Race, also held in the night.

The new McLaren 720S GT3 will also makes its public debut at the event, with an on-track demonstration and paddock display.

Meanwhile, Brenton Grove was today announced as one of two drivers for Triple Eight Race Engineering’s return to the Dunlop Super2 Series next year. 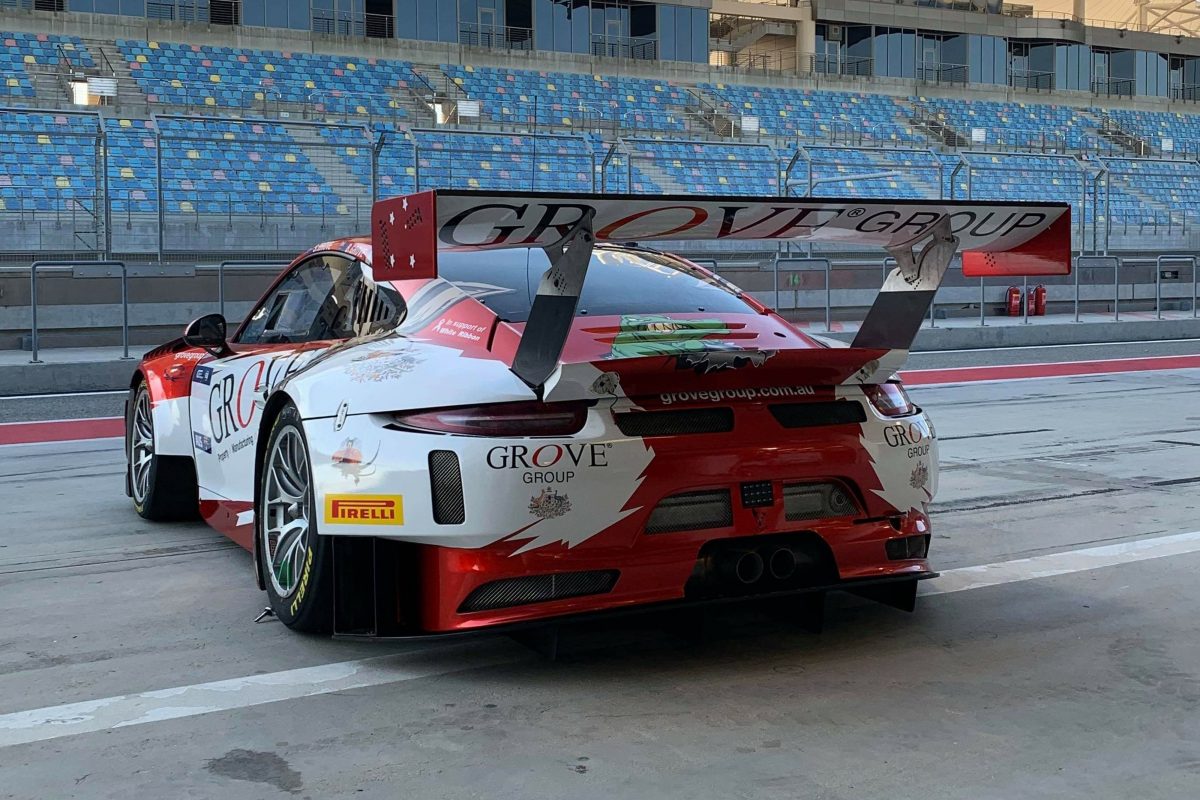