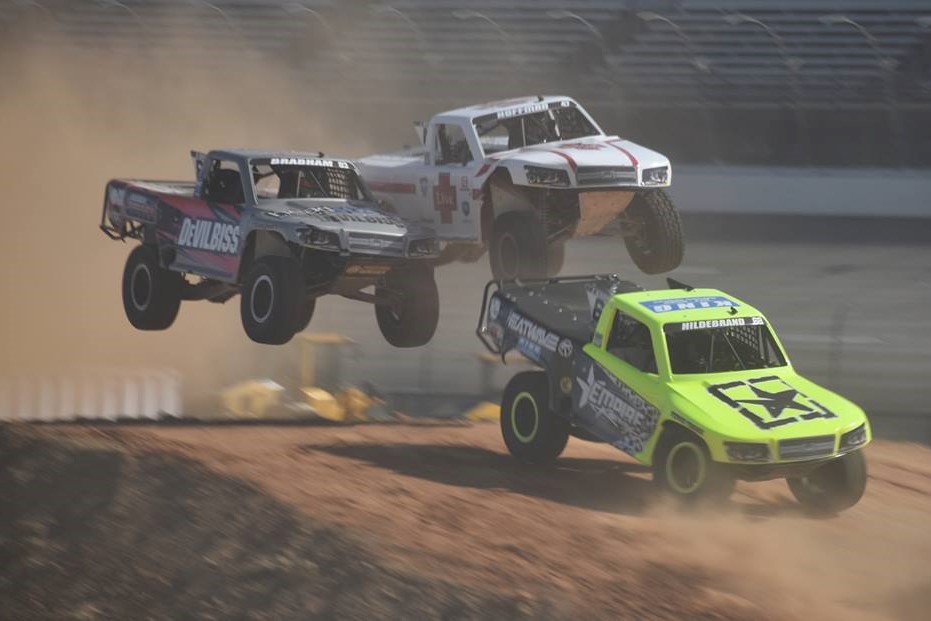 The Stadium Super Trucks race at Glen Helen this weekend

Matt Brabham is aiming to consolidate his hold on the Stadium Super Trucks championship in this weekend’s round at Glen Helen Raceway.

Brabham currently sits 36 points ahead of Gavin Harlien at the top of the standings ahead of what is, for now, the last scheduled round of the campaign.

Glen Helen’s undulating dirt course, however, represents a somewhat unfamiliar challenge for the driver most at home in open-wheelers.

“I’m excited to get this weekend underway,” said Brabham.

“It’s been a long year. We’ve had some ups and downs, and some really cool racing and to be leading the championship at this point is great.

“Our goal is to be in front of Gavin this weekend, which is easier said than done. Gavin is a great driver.

“We don’t know what the result of this weekend will mean, but obviously if we keep our points lead it’s a good thing.”

The 24-year-old at least has recent offroad experience having competed in the Baja 1000, ironically with Harlien and Todd Romano.

Unfortunately for Brabham, the team encountered mechanical problems before his stint behind the wheel.

“It was disappointing to not be able to have a crack in the Baja 1000,” he added.

“We spent a lot of time preparing and I got to drive a lot of different vehicles and different types of terrain.

“I was ready to have a go, but then we were stuck with an issue about 200 miles in which took us out.”