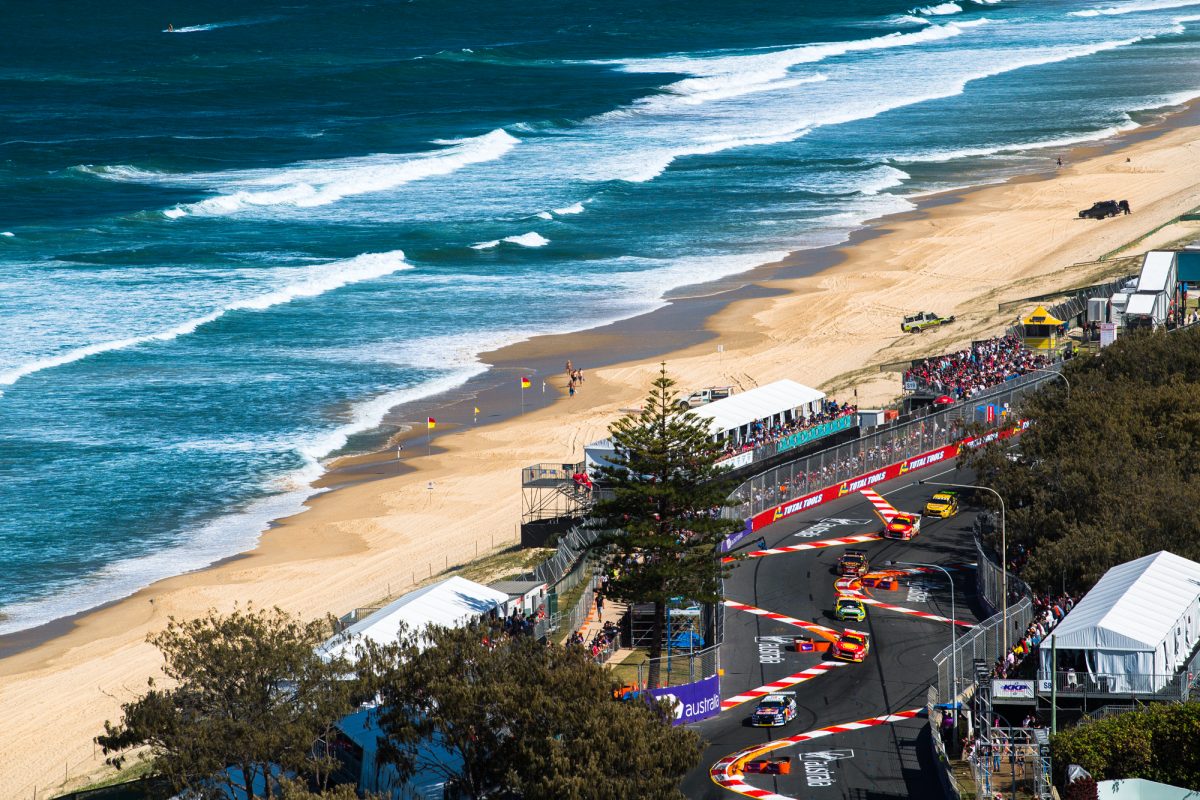 Supercars has backflipped on plans to change the Gold Coast format with twin 300km races set to continue next year.

The championship indicated earlier this year that the iconic street race event would host one 500km race and follow the format of the Sandown 500, including two Race to the Grid sprint heats to determine the grid for the Sunday showpiece.

Supercars boss CEO Sean Seamer said the plan was part of a move to simplify the formats while creating room in the schedule for the championship to bring in an international feature such as NASCAR.

However, a meeting of the Supercars Commission, prior to last week’s Newcastle 500 finale, decided to revert to the traditional twin race format for next year’s Gold Coast leg of the Pirtek Enduro Cup from October 25-27.

Seamer maintains that the current format still allows room for an international category, having revealed that the series has opened preliminary talks with NASCAR in October.

“At the most recent Commission meeting before Newcastle it was decided to remain with the successful and proven format of two 300km races, one each day,” CEO Seamer said.

“The format will allow for us to continue to explore an international presence at the event.”

Speedcafe.com understands that there are no noise or time curfews in place at Surfers Paradise, which could allow organisers scope to extend its schedule.

Tourism and Events Queensland has been notified of the change.

The Gold Coast event has been making headlines earlier this month with the prospect of IndyCar returning to Surfers Paradise as soon as 2020, which has seen IndyCar boss Mark Miles meet with the Queensland Government.

Supercars has also confirmed that Phillip Island will once again adopt the SuperSprint format (1x 120km and 1x 200km) instead of hosting twin 250km races which was introduced last year.

The Auckland SuperSprint is expected to continue its format amid suggestions it could become a two driver event given it will precede the Supercheap Auto Bathurst 1000, that will kick off the shaken up Pirtek Enduro Cup schedule.

Supercars is however continuing to investigate the possibility of hosting twilight races now the race will shift from November to September, before daylight savings kicks in.

In addition to the format tweaks, teams will have additional tyres at SuperSprint events next year.

The total allocation of tyres will stay the same as this season but one less event in the calendar allows for extra sets to be available.

Tyre banks will remain for 2019 despite a proposal put forward to abolish the system and introduce fresh tyres at each event for all the teams.

It is understood the extra cost to teams in addition to the outlay for new control transaxles put paid to the move to increase the tyre allocation.