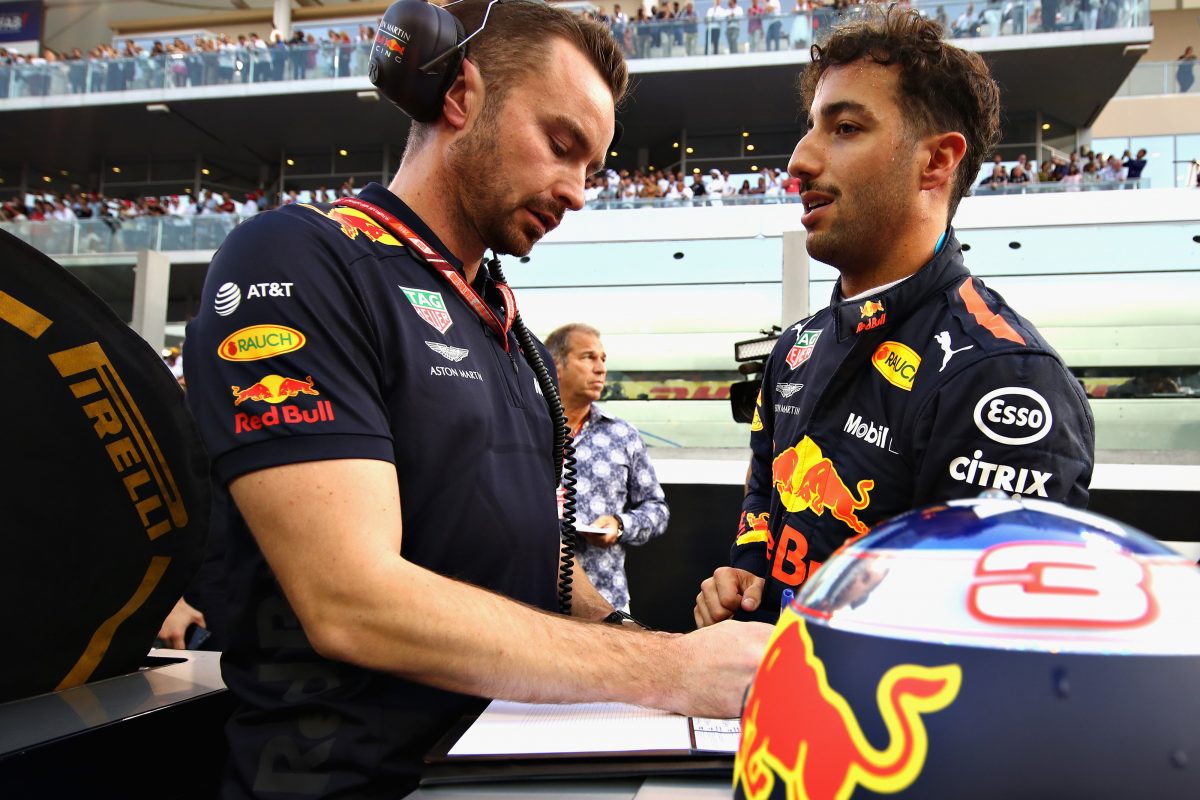 Daniel Ricciardo says that Red Bull Racing’s strong performance in the back end of the 2018 Formula 1 season was ‘confusing’.

Team principal Christian Horner had described the Mexican Grand Prix as “probably the only shot we’ve got left, under normal circumstances” in the final six races of the year, and Max Verstappen duly won at the Autodromo Hermanos Rodriguez.

The team was stronger than expected in other races, however, highlighted by the Verstappen’s near miss in Brazil when he was turned around by Esteban Ocon while leading.

“This sport is so confusing at times,” said Ricciardo.

“Even Brazil I was amazed at the pace we had. At the start of the race I was coming through the pack, and normally you damage your tyres, but at that point I could still see I was faster than the Ferraris and the Mercedes.

“It was hard to overtake, but I knew we had the pace. I don’t know if we got it right or the others got it wrong, but we’ve certainly been fast the last few races.”

Ricciardo is now in the process of moving to the factory Renault team, and offered a lighthearted response when asked if he may not have been made privy to Red Bull’s updates for that reason.
“Well, I probably wouldn’t know anyway,” he quipped.

“This sport’s so complex. But for sure they know their strengths. I think the aero this year has come on really strong, but even the whole geometry, suspension of the car.

“Things like this, you watch the other onboards of the other cars and see the other drivers’ helmets move a lot, and ours are quite still.

“I think everything, the whole compliance of the car they’ve really nailed this year. I don’t know the details but I think that’s also one of the strong points of the team.”

Verstappen finished the season with five consecutive podiums while Ricciardo could only pick up three fourth position finishes in the same period, having suffered a failure in his ‘cursed’ RB14 while running second in Mexico.

They ended up fourth and sixth in the standings, respectively.