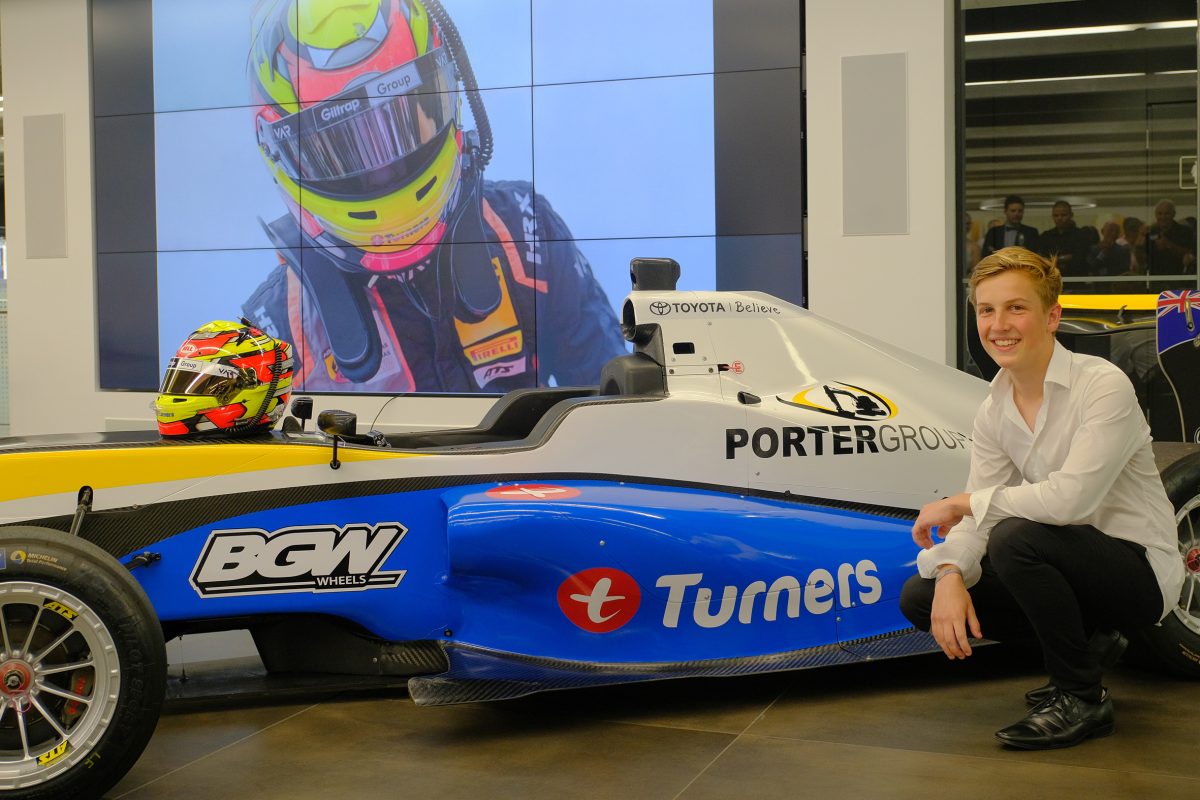 Talented young New Zealander Liam Lawson has been named as a driver for M2 Competition in next year’s Castrol Toyota Racing Series.

The Pukekohe teen fell just short of the 16-year-old age minimum for this year’s TRS season, on which his birthday fell on the final day.

Lawson will enter the 2019 campaign as the current ADAC Formel 4 (Germany) runner-up, having finished in the same position in last year’s CAMS Payce Australian Formula 4 Championship.

He is also the youngest Formula Ford champion in the world having taken out New Zealand’s Formula 1600 Championship in 2016/17 with 14 race wins out of 15.

Lawson will be supported by sponsors Turners, the Porter Group, and BG World Wheels.

“I’ve watched the series for years and travelled up and down the country following it so to finally get a seat to race is fantastic,” he said.

“I’m more excited than I’ve been for anything. To race at home with my family and everyone that’s supporting me to race overseas is so special. I’m really, really excited.

“People behind the scenes have worked really hard to make this happen and when they told me I’d be racing I just couldn’t stop smiling. I’m so happy.”

Lawson dominated the final round of the inaugural F3 Asian Championship Certified by FIA in which he debuted just last weekend.

He is the first Kiwi named for the 2019 TRS, while Australian Thomas Smith was also recently named as a starter.

The season will again run over five consecutive weekends, starting at Highlands Motorsport Park on January 10-13.