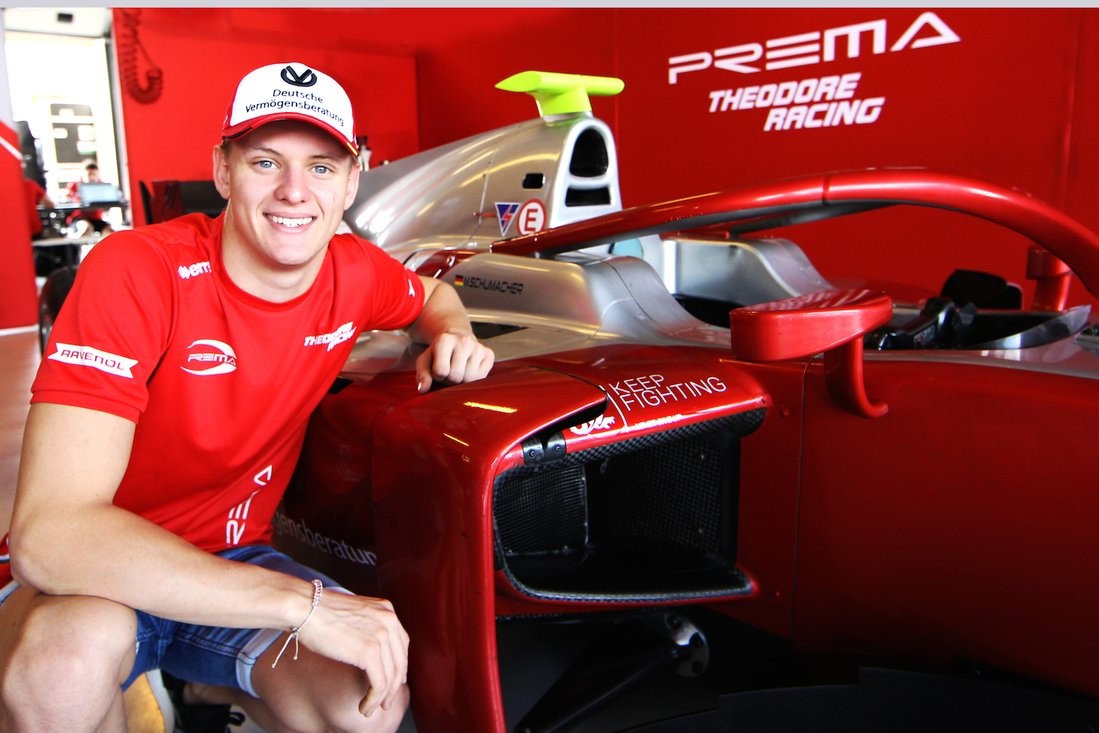 Mick Schumacher will race in the FIA Formula 2 Championship next season with Prema Racing.

The 19-year-old won this year’s FIA Formula 3 European Championship at the Italian outfit, which he joined in 2016.

Schumacher will partake in the F2 post-season test in Abu Dhabi this week.

“I’m really looking forward to contesting my next season with Prema in FIA Formula 2 – a logical step on my sporting path in my view, because I want to further improve my technical experience and driving skills,” said the German.

“For me, it was very clear to go into Formula 2 with Prema. I can’t thank the Prema family enough for what we achieved together as a team, especially this year, how we continued to develop together.

It was announced last week that Schumacher will race with Sebastian Vettel in January’s Race of Champions event in Mexico, reprising a family partnership that saw his Vettel and his father Michael win the Nations Cup six times in a row.