Fans give thumbs up to S5000 after Newcastle demo

Fans give thumbs up to S5000 after Newcastle demo 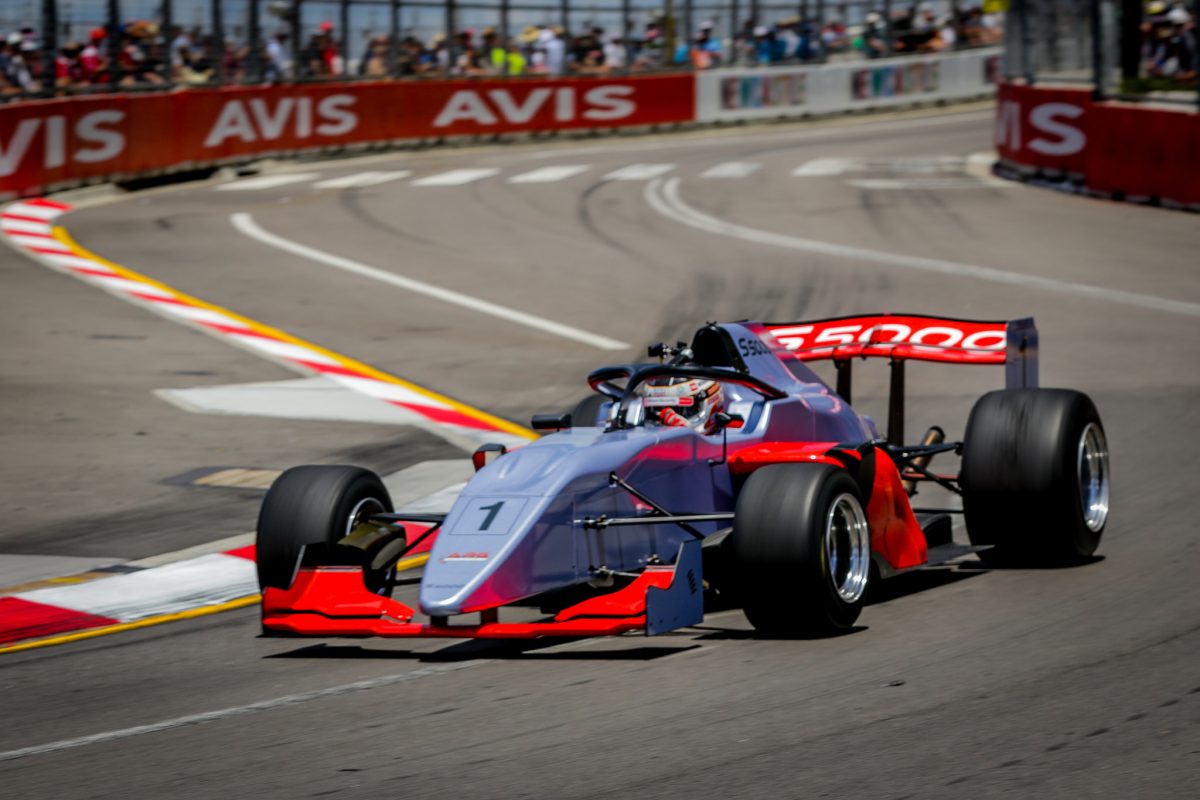 The S5000 was driven by Garth Tander, John Bowe and Greg Murphy around Newcastle

The brand-new S5000 was met with an overwhelmingly positive fan reaction at the Coates Hire Newcastle 500.

Making its first public appearance, the car was driven in demonstration runs across the Supercars finale weekend, with Greg Murphy, John Bowe and Garth Tander all cutting laps at the wheel.

The 560-horsepower V8-powered open-wheeler, a modern incarnation of Formula 5000, is gearing up for its inaugural season next year after series organisers revealed plans for a six-round schedule on the Shannons Nationals bill.

Set to be the country’s fastest single-seater, the S5000 has been dubbed as Australia’s answer to IndyCar.

Speedcafe.com canvassed opinion from a wide range of fans that witnessed the car in action at the Newcastle East Street Circuit.

Universal in their support for the car, a key theme developed among the responders was the sound of the five litre V8 Ford Coyote ‘Aluminator’ engine that powers the S5000.

“I think it (the S5000) looked and sounded amazing,” said Anthony from Sydney.

“Can’t wait to see a full field of cars on track. They’d certainly give current F1 cars a run for their money in the sound department.”

Novocastrian Luke went as far as to say the sound of the S5000 was “as good as if not better” than Supercars.

“From what I have seen and heard all weekend, it (S5000) was the loudest and best sounding thing here.

“It’s extremely impressive; should be a great series.”

Mark, who travelled from South Australia to see the Supercars finale at Newcastle, agreed but said he wanted to see the car at full noise before he rests on his opinion.

“I thought it sounded really good, but obviously it was only going slowly and doing demo runs,” he reasoned.

“To be honest, I think the series will go well; it’s the kind of race car fans want to see when they go to these sorts of events.”

“Oh man, that car was unreal,” enthused Michelle from the Central Coast, a view that was shared by her two young children.

“Everyone loved it; as soon as we heard it coming down the main straight all of us stood up to see it and so many people were recording it as well (on their mobile phones). Just unreal”

While many were blown away by the S5000, Brisbane local Tara and her partner James raised questions regarding the aim of the series.

“Look, the car is very cool, but I’m not sure on who it really appeals to driver- and team-wise,” they said.

“I feel like it’s more of an open-wheeler Muscle Car Masters kind of series for more experienced drivers rather than up and coming youngsters.

“Sort of a recreational series more than anything else.”

Peter Stevens, who has followed the industry for more than 52 years and been to a handful of IndyCar races in the United States, also had concerns for S5000 but was excited for its potential.

“I do see why they are calling it ‘Australia’s IndyCar’, because it really has the potential to be a proper Australasian version of IndyCar,” Peter suggested.

“I’m not sure whether it will be suited to circuits like The Bend (Motorsport Park) or things like that, even Winton and QR, but I think they would be really cool to watch at places like this (street circuits).

“That being said, I’d be worried for the expenses for teams to repair the cars when they crash.”