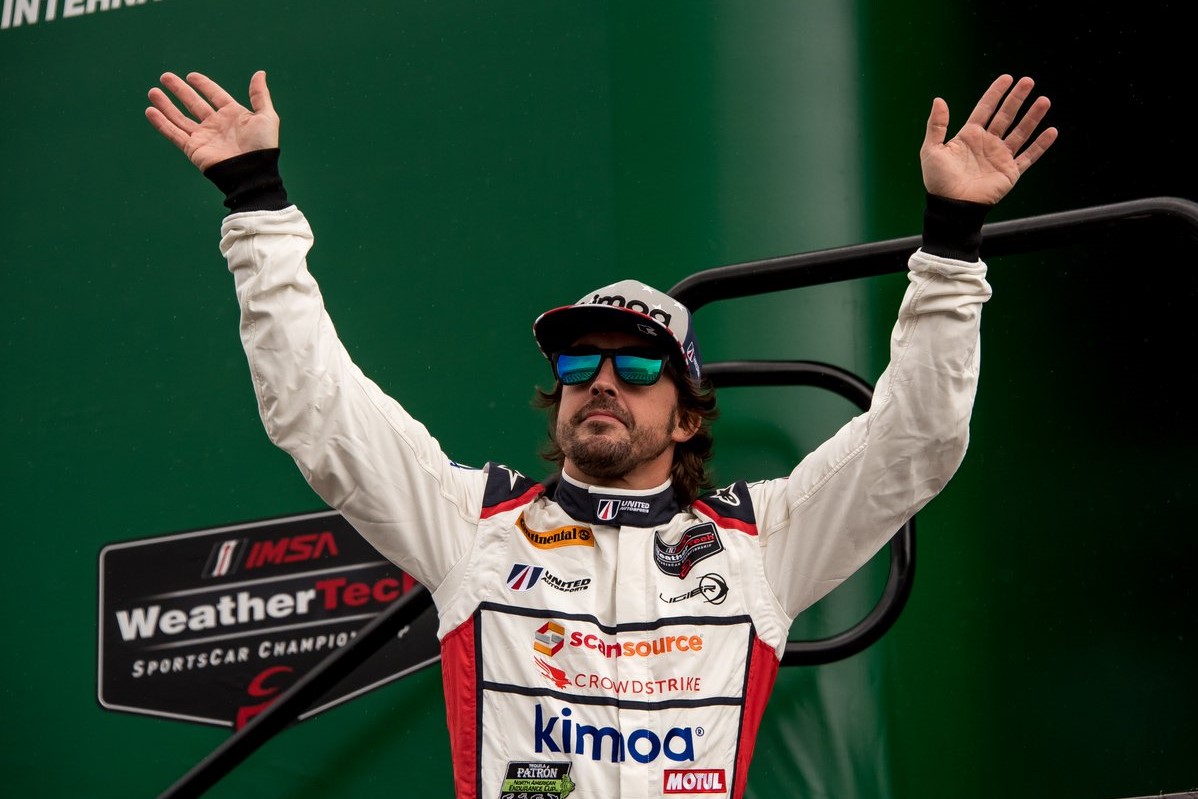 Alonso made his debut at Daytona this year in a United Autosports LMP2 Ligier, which finished 38th after encountering braking issues during the night.

“I am very happy about joining the Konica Minolta Cadillac team and Wayne Taylor Racing to race together at the Rolex 24 At Daytona,” said the Spaniard.

“This is undoubtedly one of the greatest races in American and world motorsport. Returning to the United States is always special. The atmosphere created by the fans is unique throughout an incredible weekend.

“I really hope to fight for the win, as well as having fun and putting a smile on the fans’ faces.

“I made my debut last year both in endurance races and with these sportscar prototypes, as well as on this track. I was left wanting much more after a brake issue ended our hopes of stepping on the podium.

“After an intense year in which I’ve competed in both Formula 1 and the WEC, I’m really looking forward to 2019 and attempting to conquer one of the most important races in the world.”

Team owner Wayne Taylor said, “Both Fernando and Kamui are the cream of the crop of world-class driving talent, not only in F1 but as current sportscar drivers.

“It’s taken a long time to put this all together and I’d like to thank everybody who made it all happen.

“Fernando drove at Daytona last year, and it’ll be the first time at the 24 Hour for Kamui, who is a superstar driver who will figure it out quickly.”

WTR has twice won the 24 Hours of Daytona, with its 2017 triumph the fourth official podium for the team in a five-year run after being disqualified from third position in 2015 due to a driver time breach.

Alonso will also race again in the Indianapolis 500 with McLaren in May, as well as the rest of the 2018/19 World Endurance Championship with Toyota.

Daytona 🇺🇸🔛!!!! Happy and proud to join the Konica Minolta Cadillac team and Wayne Taylor Racing to race at the Rolex 24 At Daytona. Can’t wait to be back at this special place and work with the team and my teammates @jordan10taylor @Rengervdz @kamui_kobayashi ✊️ #Daytona pic.twitter.com/eDLOgxK1qn