Walkinshaw would have been ‘humbled’ by Hall of Fame honour

Walkinshaw would have been ‘humbled’ by Hall of Fame honour 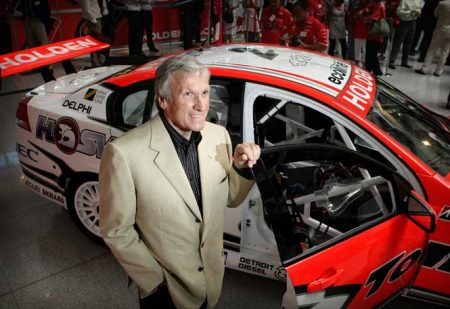 Ryan Walkinshaw believes that his late father Tom would have been ‘humbled’ at his induction into the Supercars Hall of Fame at the championship’s annual Gala Awards night.

Tom Walkinshaw, who died of cancer in December 2010, is the 22nd inductee into the Hall of Fame, which was established in 1999, joining luminaries such as Allan Moffat, Harry Firth, and non-driver members such as the Stone Brothers collectively.

The Scot finished third from pole in his own factory Jaguar in the 1985 Bathurst 1000, won by the sister XJ-S of John Goss and Armin Hahne, but is best remembered in Australian motorsport circles as the man who helped create the original incarnation of the Holden Racing Team, and Holden Special Vehicles.

He achieved success in sportcars and other touring car racing, and held senior roles in Formula 1 before the ill-fated Arrows venture, but his son maintains that it was the Australian Touring Car Championship/V8 Supercars, as it was known in his lifetime, that held a special place in Tom Walkinshaw’s heart.

“Whilst he competed in most major racing categories around the world, either as a driver or owner, he always saw Supercars back under its various titles as one of, if not the, best touring car championships in the world,” said Ryan Walkinshaw as he accepted the honour with widowed mother Martine.

“I know that to be held in high enough regard to be inducted into the Supercars Hall of Fame would have meant a great deal to him. His respect for many of those already inducted is unquestionable, and it would have truly humbled him to now be seen alongside so many of the other greats of the sport.

“Dad would also have been one of the first to say that if it wasn’t for the incredible talent of the people who supported him during his journey – the engineers, the drivers, the mechanics, everyone around the team, all the way through the journey – he wouldn’t have been able to achieve anything that he did, so this induction into the Hall of Fame isn’t just about him, it’s also about all those people who supported him over the journey.”

Martine added, “I want to take this opportunity on his behalf and on the family’s behalf to thank Supercars for bestowing this great honour onto my late husband Tom.

“It truly means a tremendous amount and I only wish that he was still here in order to be able to stand up here, in front of us, with all of us, to receive this award himself.

“We miss him dearly, and to see him honoured this way is something I will treasure forever.”

The Tom Walkinshaw Racing empire won the 24 Hours of Le Mans in 1988 and 1990, while Walkinshaw worked for Benetton and Ligier in F1 before acquiring a majority stake in Arrows.

It was the latter venture which dragged TWR to collapse in 2002, with HRT bought by Mark Skaife and its sister Kmart Racing team by John and Margaret Kelly, parents of Todd and Rick.

Tom Walkinshaw returned to Supercars in 2005 as a supplier to HRT and the HSV Dealer Team, by which Kmart Racing became known.

The latter won the 2006 and 2007 V8 Supercars Championships, adding to the six HRT won in its own right under TWR ownership, before Walkinshaw Performance entirely bought HRT back from Skaife by the end of 2008.

Today, Ryan and Martine continue to own the Walkinshaw operation, including the HSV business which is necessarily undergoing a transformation with the closure of local Holden manufacturing.

Its racing team, meanwhile, has shown green shoots of recovery in the first year of its joint venture as Walkinshaw Andretti United.

Ryan shared with those gathered at the gala an amusing anecdote demonstrating his father’s affection for the team.

“I often remember, growing up, for years coming downstairs on a Sunday morning, young and sleepy-eyed, I’d see my Dad sat there on the side of the breakfast table and he’d start roaring at me, in his thick Scottish accent as some of you would have known, ‘Ryan, pussy won last night.’

“Before David Reynolds falls off his seat in excitement, ‘the pussy’ was in fact an affectionate nickname he had for the Holden Racing Team cars, a cheeky reference to the lion that adorned the side and bonnet of the cars at the time.

“(It) is good that eventually I found out what that was because for months I genuinely thought he had some sort of weird Saturday night fight club between the cat and the dog in the house, so glad that was eventually resolved.”