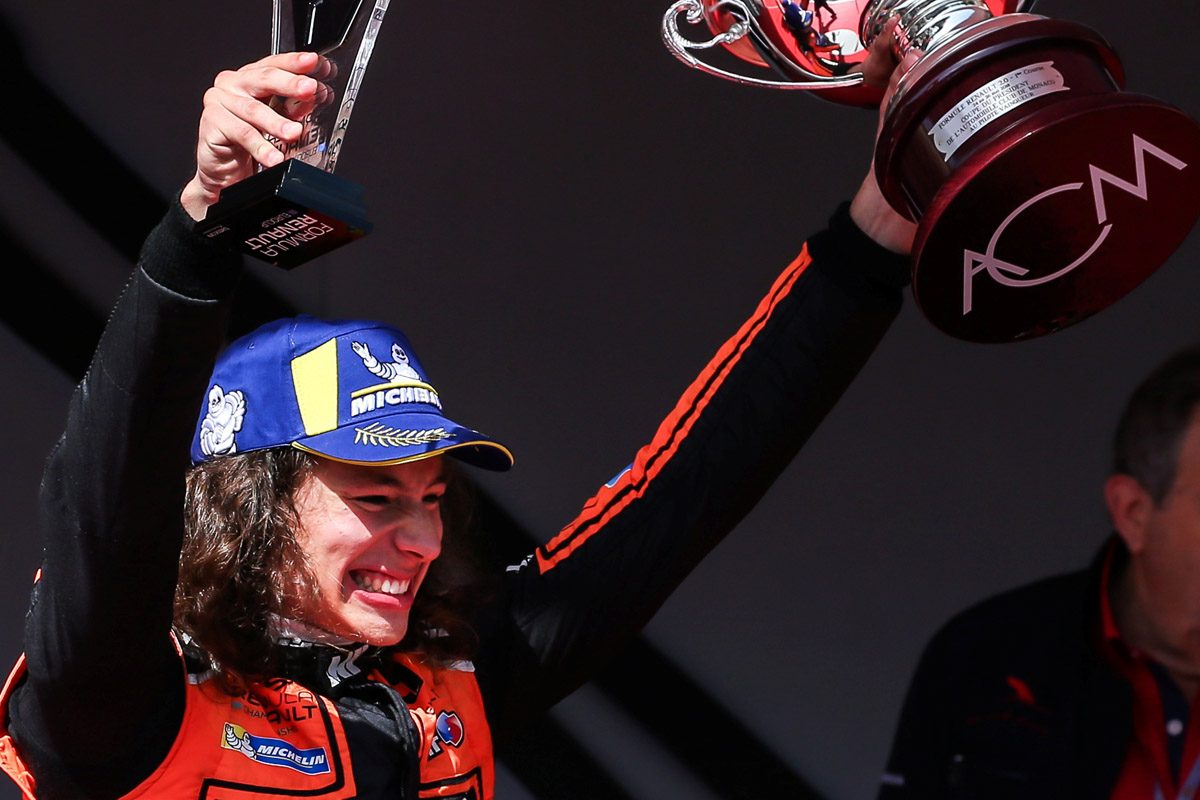 Tasmanian racer Alex Peroni believes his test in the new-generation Formula 3 car in Abu Dhabi this week is an audition for a drive in the FIA championship next year.

Peroni announced last week that he would test the all-new car in Abu Dhabi with hopes it will lead to a berth in the FIA Formula 3 Championship for 2019.

It sees the number of available seats across the categories reduce from about 50 to closer to the 30 mark, making competition for drives intense.

“It’s a bit of an audition so I go there and try and prove myself so teams offer me a contract for next year,” Peroni told Speedcafe.com.

“That’s what we’re aiming for, F3 next year.

“There’s obviously a lot of funding that needs to go into it, it’s not cheap, but that’s the aim for next year and if I do well in this test that will help.”

The 17-year-old this year plied his trade in the Formula Renault Eurocup, winning on the streets of Monaco on the same weekend as Daniel Ricciardo.

Peroni is targeting a Formula 3 drive, believing the relaunched series offers him the most direct path to the top echelon of the sport.

George Russell, the 2017 series champ, is set to join Williams next year.

It’s for an attractive proposition for Peroni as he looks to position himself under the gaze of the F1 paddock.

“It’s good to stay on that narrow path and just compete against the best because obviously if you can beat the best you get your name out there,” he said.

“But we’ll see, one step at a time. I’m just concentrating on the test and next year.”

Peroni will test with Spanish outfit Campos, which he hopes to secure a deal with off the back of the test.

“They’ve been offering me testing for a couple of years now, and we were testing with another team but they’re not racing in the championship next year,” he added.

“Also it’s tricky, because two championships are merging so it’s about 50 seats going into 30, so it’s quite hard to get into the top teams, but I think we’re happy with Campos, they’re a competitive team, and we’ll see how it goes.”

Even should the test go to plan for Peroni there remain hurdles in his path, not least of which is the financial commitment required to compete in the series.

“We need to raise a lot of money for next year, and that’s probably the most difficult bit, but we’re confident we can do it,” he said.

The 2019 FIA Formula 3 Championship calendar is yet to be revealed, with Peroni’s three-day test at the Yas Marina circuit starting on Thursday.