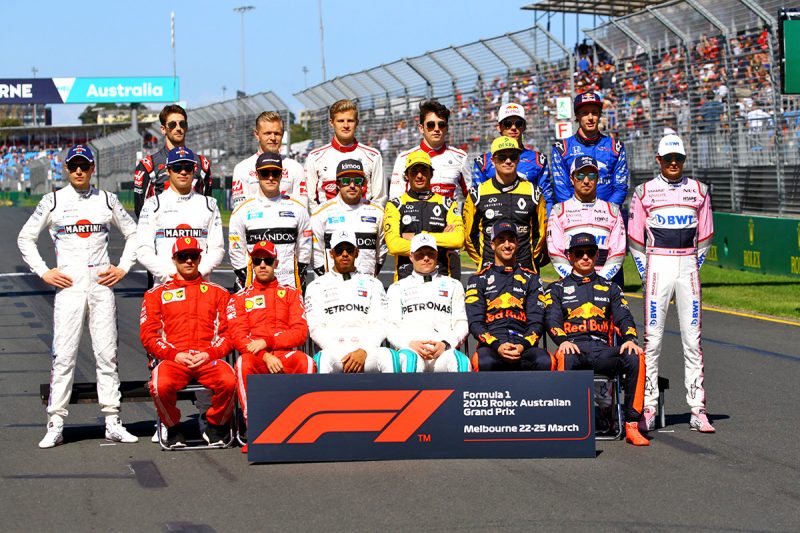 The 2019 Formula 1 grid has been all but completed following news that Toro Rosso will part company with Brendon Hartley.

The drive at Toro Rosso was the last to be confirmed, though Racing Point Force India has not officially announced the arrival of Lance Stroll despite the Canadian testing with the team this week in Abu Dhabi.

It was no surprise when Mercedes confirmed Lewis Hamilton and Valtteri Bottas had been retained, however the biggest shock of the traditional F1 silly season came as Red Bull announced Daniel Ricciardo would leave the team.

The Australian had been widely tipped to stay put, but instead caught most off-guard when he was confirmed at Renault on a two-year deal.

Renault also took the opportunity to confirm Nico Hulkenberg for another year while in response, Red Bull promoted Pierre Gasly from its junior team Toro Rosso on a one-year contract.

Having been ousted from Renault by the Ricciardo move, Carlos Sainz was soon confirmed at McLaren following the revelation Fernando Alonso would retire from F1 at the end of the season.

Only a handful drivers had contracts in their pockets for 2019 heading into the current campaign, with Sebastian Vettel tied to Ferrari for another two years and Max Verstappen at Red Bull until 2020, while Haas held options over Kevin Magnussen and Romain Grosjean.

While Magunssen’s option was taken up prior to the Hungarian Grand Prix, Grosjean remained under pressure after a difficult start to the 2018 season.

At McLaren, Stoffel Vandoorne’s tough second season saw the team announce it would part ways with the Belgian at the end of the campaign, bringing in another protege in Lando Norris.

Kimi Raikkonen’s career will go full circle in 2019 after he was confirmed by Sauber, the team with which he began his F1 career in 2001, after Ferrari elected to sign Charles Leclerc.

Prior to the Russian Grand Prix, Sauber confirmed Antonio Giovinazzi as the driver who will partner Raikkonen.

Having been test driver at Haas, it ended suggestions the Ferrari junior driver could join the American team, which promptly confirmed it would retain both Magnussen and Grosjean.

Widely speculated heading into the Russian Grand Prix, Daniil Kvyat was confirmed by Toro Rosso as one of its race drivers for 2019.

The Russian had been dumped by the squad towards the end of 2017, and had since joined Ferrari as a development driver.

It will mark Kvyat’s third stint with the team with which he made his F1 debut before being first promoted to, and then relegated from, the Red Bull senior team.

Having seemingly lost Stroll to Racing Point Force India, despite no confirmation having been made, Williams swooped on George Russell.

The Mercedes-backed Formula 2 champ signed a ‘mutli-year agreement’, the exact length of which was not revealed.

On the eve of the United States Grand Prix, Racing Point Force India confirmed that it would retain Sergio Perez for the 2019 season.

Even still the identity of his team-mate has not been formally confirmed though Stroll is widely expected to join the team co-owned by his father having had a seat fitting in August, shortly after the team was saved.

Stroll’s 2018 team-mate, Sergey Sirotkin, had his fate sealed when Williams confirmed Robert Kubica would join Russell at the squad for 2019 over the Abu Dhabi Grand Prix weekend.

The final piece of the 2019 puzzle fell into place when Toro Rosso confirmed Alexander Albon would partner Kvyat, all but ending Hartley’s brief F1 career.