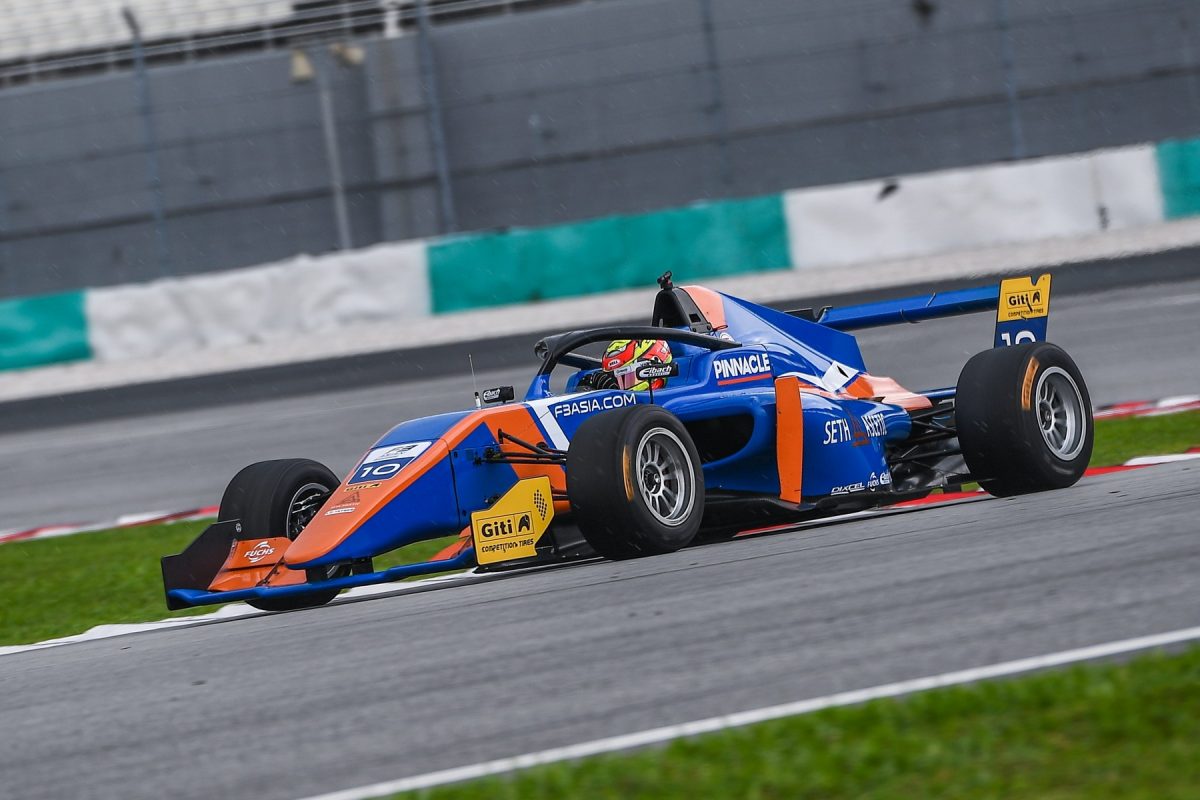 New Zealander Liam Lawson has swept the final round of the inaugural F3 Asian Championship Certified by FIA at Sepang on his debut on the series.

Lawson started from pole for all three races and led all but part of the opening lap of the first of the weekend.

In Race 13 of the season, the 16-year-old lost the lead off the start to Tomoki Takahashi but regained it by the end of Lap 1 and went on to win by 8.7s after 13 laps.

The 2017 Australian Formula 4 runner-up officially won Race 14 by over 22 seconds, although eventual champion Raoul Hyman had been just over 20 seconds behind at the chequered flag before having a time penalty added for a driving infringement.

Race 15 was run in rainy conditions but Lawson was still over four seconds up on the field at the finish despite a red flag and two further Safety Car periods. 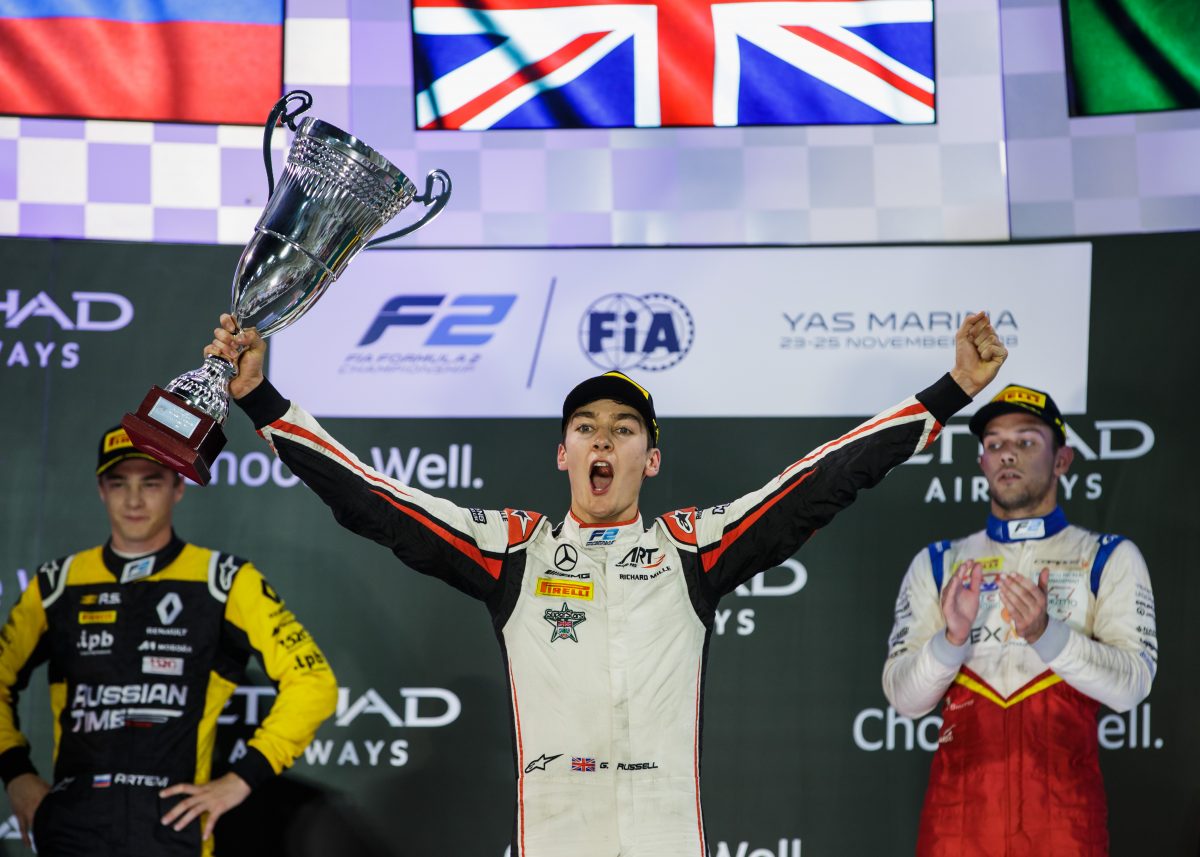 Mercedes junior George Russell won the FIA Formula 2 Championship at the final round in Abu Dhabi.

The Brit secured the title over Alexander Albon by winning the Feature Race after only needing to finish eighth.

Artem Markelov claimed second in the race from Luca Ghiotto, Nick de Vries and Lando Norris, while Albon only managed 14th after enduring a troublesome run that included stalling on the grid.

The start of the race was marred by a heavy incident when Nicholas Latifi failed to get away off the grid and was hit from behind by Arjun Maini.

Antonio Fuoco emerged victorious in the final race of the season as Norris pipped Roberto Merhi on the last lap to second, with the latter holding on to third spot. 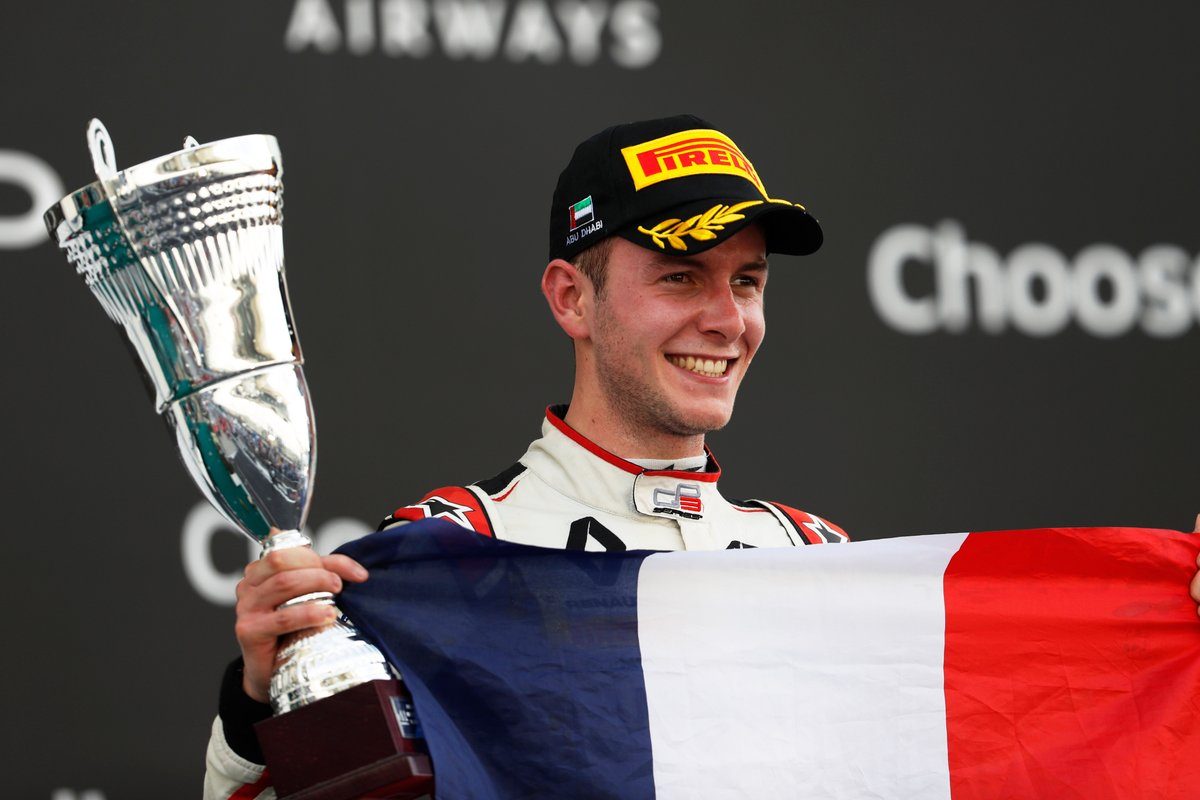 The Frenchman had a small advantage over Nikita Mazepin heading into the closing round, with a time penalty scuttling Mazepin’s hopes in the end after he ran off the track and rejoined in an unsafe manner.

Leonardo Pulcini won the race by 8.6s over David Beckman and Hubert, with Callum Ilott fourth and Mazepin ultimately ending up fifth.

Mazepin took out the last race of the season after Juan Manuel Correa copped a penalty for failing to respect the Virtual Safety Car time.

Australian Joey Mawson crossed the line ninth for Race 2 after being last (20th) in Race 1 as a result of incurring damage to his front wing and having to pit, ending the season 13th in the standings. 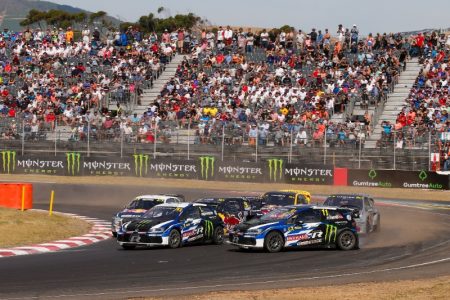 The start of the World Rallycross race in South Africa

The ever dominant Johan Kristoffersson ended his title-winning World Rallycross Championship season with a victory in the South Africa finale.

Petter Solberg crashed out of second in the early running and was collected by Timmy Hansen, eliminating both from contention.

Kevin Hansen finished fourth, while Kristoffersson’s victory marked his 11th of the 12-round season; Loeb the only other winner.

Spirit of Race has come from last on Lap 1 to win the season-opening 4 Hours of Shanghai.

The team’s #8 Ligier of Alexander West/Come Ledogar/Pipo Derani fought back to take outright and LMP2 honours from the #22 United Autosports Ligier of Philip Hanson/Paul Di Resta.

That was the car which Spirit of Race’s lead entry had contact with at the first corner, and they too had to make up lost ground.

The #6 Eurasia Ligier of Australian Aidan Read and Nobuya Yamanakatook third in LMP3 class, one lap off the class-winning #13 Inter Europol Competition Ligier.

Round 2 takes place at Fuji on November 7-9.