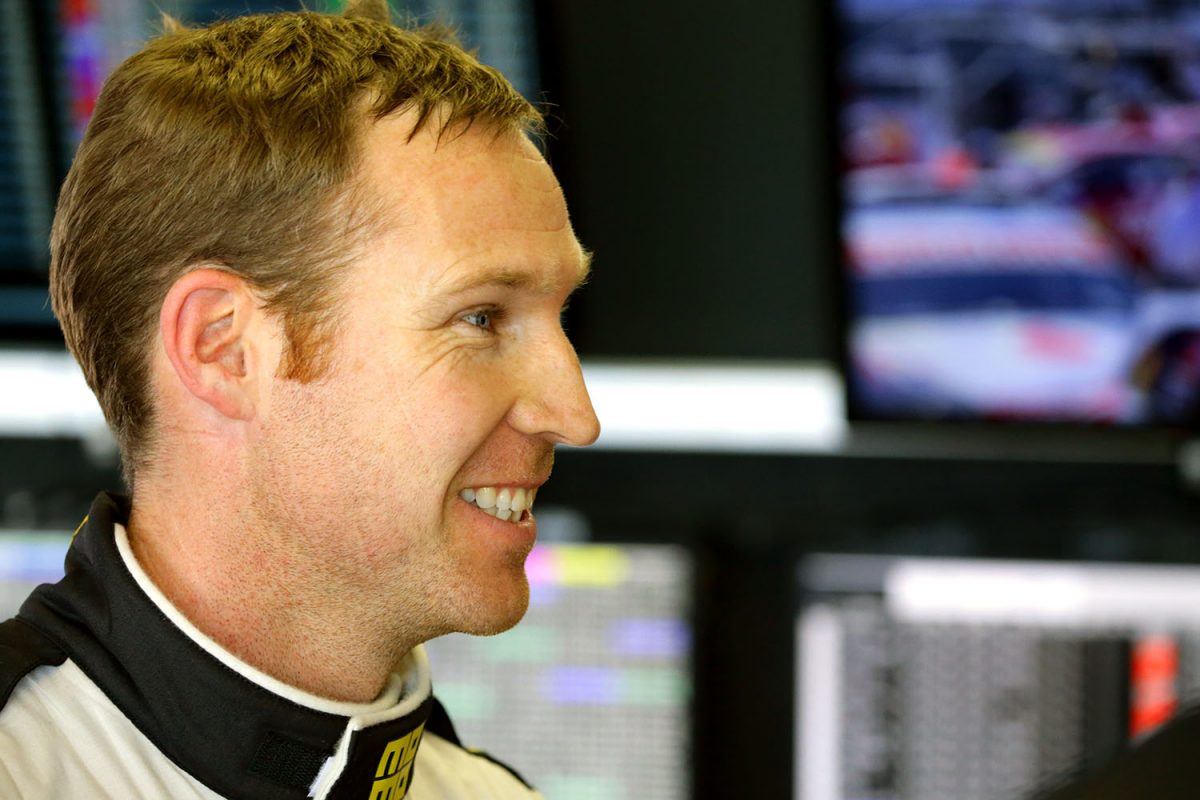 David Reynolds has been awarded the Barry Sheene Medal for the second year in succession at Supercars’ annual Gala Awards night in Sydney.

The larrikin Erebus Motorsport driver was bestowed the championship’s ‘best and fairest’ honour for the first time in 2017, the year in which he and Luke Youlden won the Supercheap Auto Bathurst 1000.

While he missed out on going back-to-back in The Great Race in heartbreaking circumstances, Reynolds did add three more race wins to his tally with Erebus in a 2018 season which he described as ‘amazing’. Reynolds celebrates winning the final race of the season

The 33-year-old also qualified on Armor All Pole Position five times this year, the last of which he converted into victory in the final race of the season at the Coates Hire Newcastle 500, and finished the season fifth in the standings.

He was also voted the Drivers’ Driver.

“I just want to thank everyone who voted for me, all the media and stuff; obviously we love what you do and we can’t do our job without you guys telling the story for us so thank you very much,” said Reynolds.

“We finished fifth in the championship, Lowndesy (Craig Lowndes) was just ahead of me, and I just wanted to beat you for one last time, my friend; I’m so sorry.

“But this year’s been exceptionally good for us at Penrite Erebus Racing. When I first joined the team, we were 16th, last year we finished seventh or eighth, and this year we’re fifth, so our stocks are going up, it’s going good.

“Standout moment? Probably something I don’t want to talk about; Bathurst, it sucked. A lot of blood, sweat and tears, and cramps, went into that race and to come out 14th or something (13th)…

“What is something positive? Oh yeah, we won yesterday. I was sort of wrapped up with the Scott McLaughlin (championship) win so I’ve kind of forgotten about it.

“But we’ve had a tremendous season, we rolled the car out pretty strong, my engineer Al (Alistair McVean) is super, super smart and I probably couldn’t win a race without him, so everyone at Erebus, every individual person at Erebus should feel very special because we’ve achieved so much.

“I also want to thank my beautiful girlfriend, I didn’t thank her last year and she gave me stick for it, so I’ll obviously do that.”

Scott McLaughlin was recognised for winning the Virgin Australia Supercars Championship for the first time, as was Kiwi compatriot Chris Pither for clinching a maiden Dunlop Super2 Series, and Ryal Harris for taking out the inaugural ECB SuperUtes Series.

Tom Walkinshaw, who built a powerhouse squad which ran as the official factory Holden Racing Team for over a quarter of a century, was inducted into the Supercars Hall of Fame.

Ryan Walkinshaw, who co-owns what has morphed into the Walkinshaw Andretti United outfit, accepted the award on his late father’s behalf.

The Mike Kable Young Gun Award went to Super2 rookie Thomas Randle, who became a pole-sitter and very nearly a round winner in his third round in the series at Barbagallo.

The fans of the championship voted the Red Rooster Sydney SuperNight 300 as Best Event and McLaughlin as Most Popular Driver.