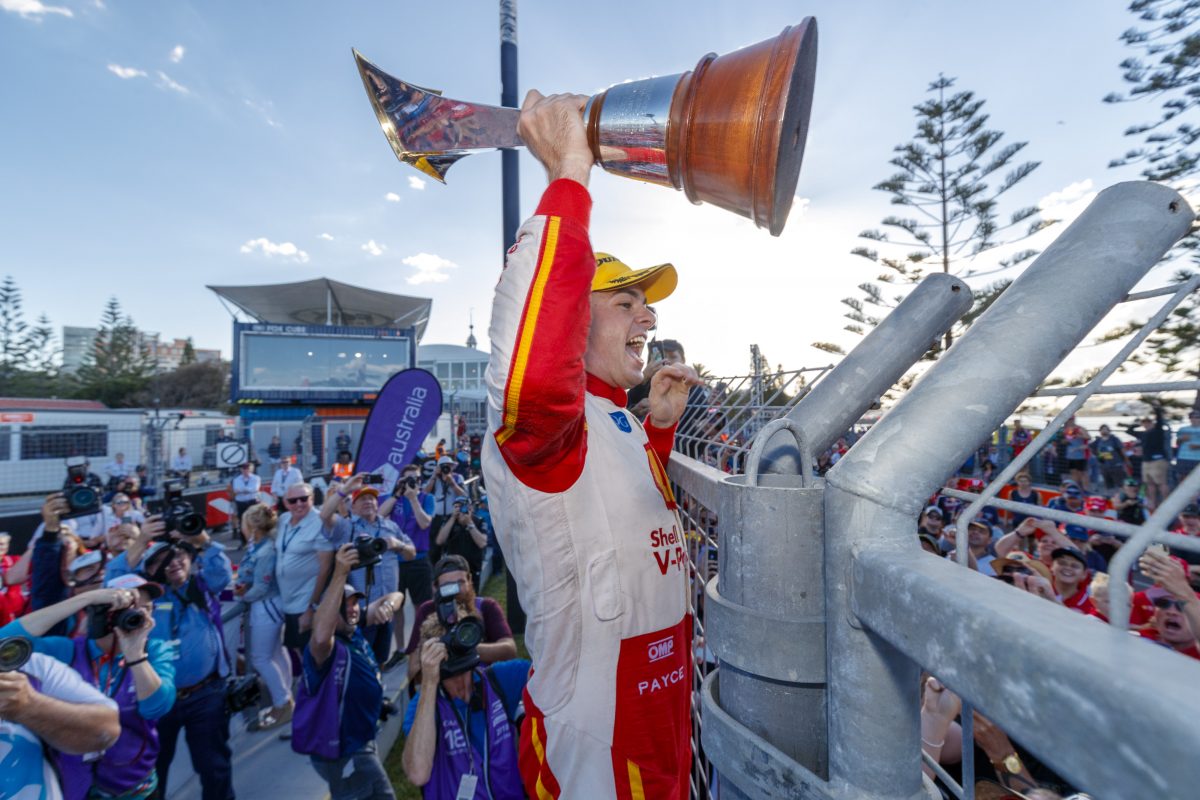 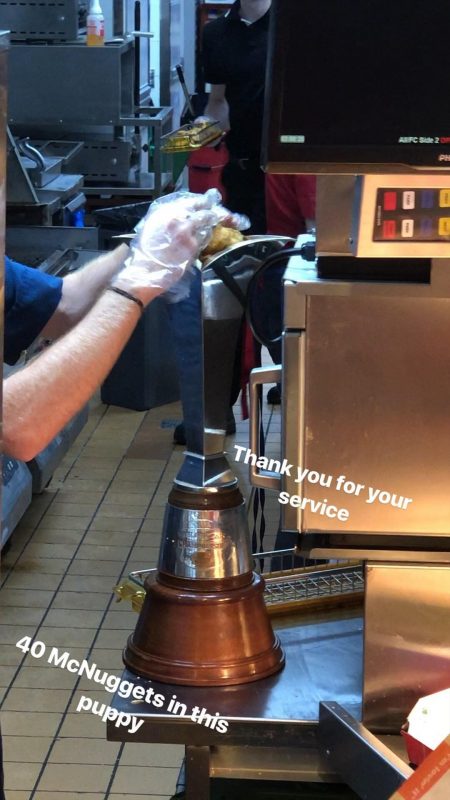 Scott McLaughlin has lifted the lid on his wild title winning celebrations that included filling the Supercars Championship trophy with 40 Chicken McNuggets.

The Shell V-Power Racing driver soaked up his maiden Supercars crown by celebrating with his family, friends and team members in Newcastle last night.

After being handed the championship trophy following a second place in the final race at the Newcastle 500, the 25-year-old revealed a bizarre new fact about the silverware discovered during celebrations.

“It was amazing,” said McLaughlin when asked about celebrating the title win.

“The relief for everyone was just fantastic and I certainly had a couple of sherbets here and there and the trophy was filled up with beer, spirits and Chicken McNuggets.

“You can actually fit 40 McNuggets in the trophy which is quite interesting, that is a fun fact for everyone.

“I had an amazing night there was some really cool speeches. It was an emotional night and very cool.”

“I’m very relieved it was something I have worked for my whole life,” he added.

“As a team we have worked hard for this it is a massive weight off the shoulders.”