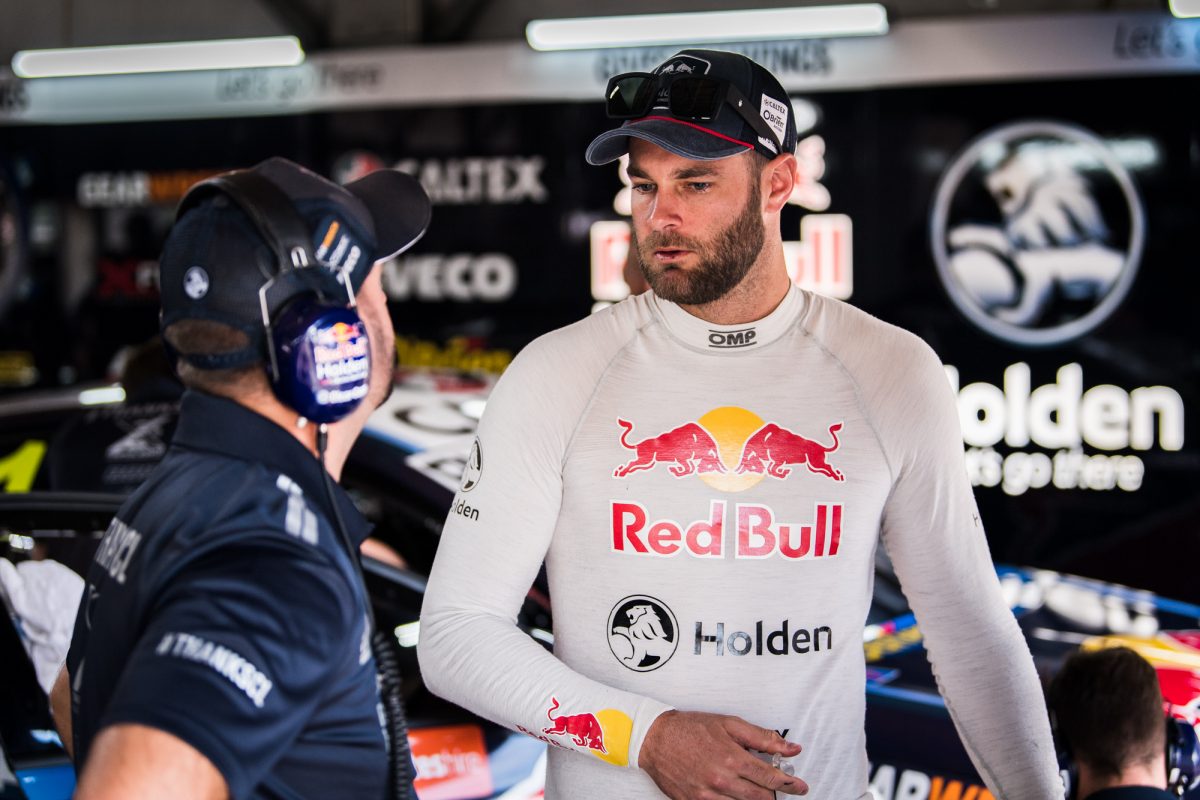 Shane van Gisbergen says missing out on claiming a second Supercars crown is ‘hard to take’ after his hopes were dented by a penalty that saw his Race 30 win stripped.

The Red Bull Holden Racing Team driver was required to overhaul a 53 point deficit to title rival Scott McLaughlin after stewards imposed a post-race penalty this morning for a refuelling breach during Saturday’s race.

The decision deflated the whole team having initially closed the lead to McLaughlin to only two points heading into Sunday, setting up a grandstand finish.

After a hard fought battle throughout the year, van Gisbergen admitted the loss was a difficult one to bear.

However, had he not received the penalty the 2016 champion would have still lost out having finished fourth to McLaughlin’s second.

“It’s a hard one to take,” van Gisbergen, who finished 71 points shy of McLaughlin, told Speedcafe.com.

“We just had nothing today, couldn’t quite get through the traffic and into clean air, so had a car good enough, we just kept getting stuck behind people.

“It’s just a shame; we were set up for an epic finish and it just got taken away from us and the fans.

“It was amazing how the atmosphere was last night, all through pit lane, everyone, and then this morning, ugh, you’ve just got to finish.

“It was amazing how it influenced everything and it wasn’t much of a race in the end. It could have been so exciting, so it’s a weird one.”

Van Gisbergen was quick to pay tribute to his team for putting him in a position to contend for the championship having had to learn a brand new car with the ZB Commodore this season.

Despite the challenges of new machinery, Triple Eight went on to clinch the teams’ title at Pukekohe.

“I’m still stoked and proud of everyone for this year,” he added.

“We started good at Adelaide and then we had a few bad rounds and the cars weren’t fast enough, we didn’t understand the car, and as we learned it and got better and better.

“Our mid-season was awesome and the way we clawed back the points was really cool, so I’m proud of everyone and the teams’ championship is awesome.”

Although disappointed to miss out on the championship, van Gisbergen believes it won’t take long to get over the title defeat.

“I’m still shattered and everyone here is, but it is what it is.”

Van Gisbergen is keen to keep himself busy during the off season hinting at a possible outing at the Gulf 12 Hours next month.

“Even in a week’s time I’ll be good to go again and back driving something next week, hopefully,” he said.

“(I will) probably (ride) on a motorbike or something, so haven’t ridden for a while, and then maybe Abu Dhabi 12 Hour would be cool too, so try and get there.